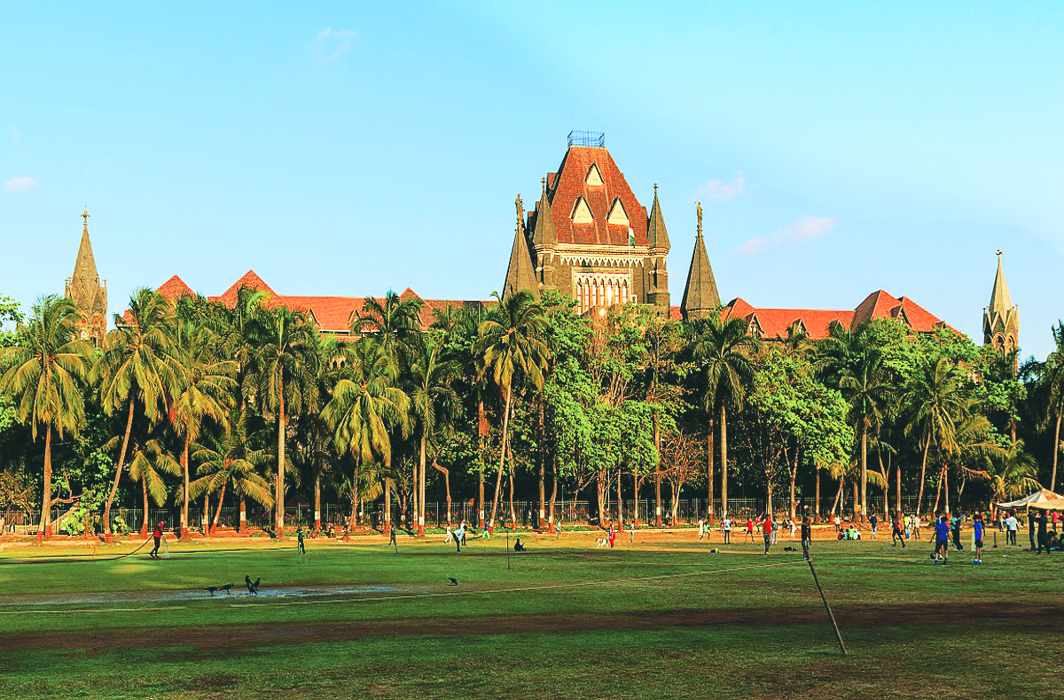 The Bombay High Court order hailed the press as the most powerful watchdog of society.

Even as the Bombay High Court quashed a trial court’s order barring journalists from reporting proceedings in this fake encounter case, a dhaba owner turns hostile

~By Ramesh Menon in Pune

The Sohrabuddin Sheikh fake encounter case in Gujarat in November 2005 has seen many hostile witnesses. The latest to turn hostile, the 28th one, in fact—was a dhaba owner in Sahajpur area of Pune district. He had said in his deposition to the CBI in November 2011 that he had seen Tulsiram Prajapati, an associate of Sheikh, sitting in a police vehicle outside his dhaba when the accused policemen had stopped to have a bite. However, in his latest deposition, he said he had seen nothing.

India Legal found out from reliable sources that just as the special public prosecutor in the CBI court started questioning him in January this year, he denied his own statement given in 2011. He had said earlier that as his dhaba was on a highway, policemen often used to come from Maharashtra, Gujarat, Karnataka and Andhra Pradesh to have a bite there. He said that some Gujarat cops had come to his dhaba in two Tata Sumo vehicles and told him that they had picked up a criminal from Hyderabad and were heading to Gujarat. He had even identified Prajapati after being shown his photograph. However, when questioned by the public prosecutor, he repeatedly said that he knew nothing of these details and had never said anything of the sort. He also said that he was not lying to save the accused.

The CBI had said that Prajapati was a witness to the abduction of Sohrabuddin and his wife Kausarbi and was, therefore, killed in a fake encounter in 2006. Incidentally, the encounters took place when Narendra Modi was the chief minister of Gujarat and Amit Shah, the home minister.

This vital deposition of the dhaba owner came at a time when there was an unusual gag order on reporting the proceedings in this case. On November 29, Abdul Rehman, one of the accused, moved an application pleading that the press be restrained from reporting the case. In his petition, he claimed that the case was sensitive as several senior police officials were named as accused. News reports, he claimed, would lead to “sensationalism” and threaten “national security”. Several other accused in the case supported his plea.

However, in a landmark judgment, the Bombay High Court quashed the trial court’s order barring journalists from reporting these proceedings and hailed the press as the most powerful watchdog of society.

In its 39-page order, the Court underlined that the press were the eyes and ears of the public and by reporting court proceedings and happenings in the court, it was fulfilling the public’s right to know and also understand the working of the courts. It ruled that the special CBI court had overreached its powers by issuing the gag order. “The right of the public to information flows from the right of the press under Article 19 (1) (a) of the Indian constitution,” Justice Revati Mohite-Dere said. She said that the media had a right to freedom of expression and also served a larger public purpose by disseminating or being the carrier of information that would otherwise not be easily available or accessible to the public. “The demands of a democratic society are that it must know what is happening in the country,” she said.

Sources also indicated that there was a possibility that there would now be a fresh plea by some of the accused to shift the case to the Supreme Court. India Legal has learned that Abdul Rehman is now contemplating challenging the order of Justice Mohite-Dere. 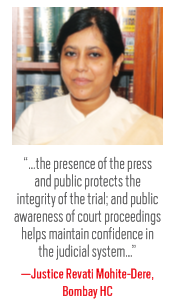 Justice Mohite-Dere’s order said that the press was the most powerful watchdog of public interest in a democracy and so its presence in criminal trials encouraged all participants to perform their duties diligently and conscientiously. “It discourages misconduct and abuse of power by the prosecuting agency, prosecutors, judges and others,” she said.

The judgment is seen as important as it clearly says that mere apprehension of the accused that the media may sensationalise the proceedings was not a sufficient ground for banning reportage on a case. The judgment said that the presence of the press discouraged partial and biased decision-making and discouraged witnesses from committing perjury. “In that sense, the presence of the press and public protects the integrity of the trail; and public awareness of court proceedings helps maintain public confidence in the judicial system…The Criminal Procedure Code makes it clear that an open trial is a rule and an exception can be made only on rare occasions. The words ‘open courts’ are significant since they affirm that the public is entitled to know whether the justice delivery system is adequate or not,” she said.

The defence pointed out media reports raising doubts about the death of Justice BH Loya, who was previously presiding over the same case until he suddenly died. On November 20, Loya’s family pointed out suspicious circumstances surrounding his death at a time when BJP president Amit Shah was still an accused in the case before he was acquitted, prompting numerous calls for an official inquiry into the matter. “By giving such natural death the colour of killing him” the media had created concerns that something untoward might happen, argued the defence counsel.

The petitioners, a group of senior court reporters and a Mumbai-based journalists’ union, contented that under the Criminal Procedure Code, only high courts and the Supreme Court can issue such prohibitory orders. And that too in rare cases and for a limited period of time. The Court agreed with their contention.

Lawyers Aabad Ponda, Mihir Desai and Abhinav Chandrachud, appearing for the journalists, argued that the ban on reporting was illegal. People had a right to know what transpired during the trial as it had a large element of public interest, they said.

Clearly, we will hear a lot more on this case. 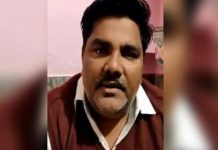 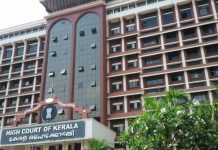