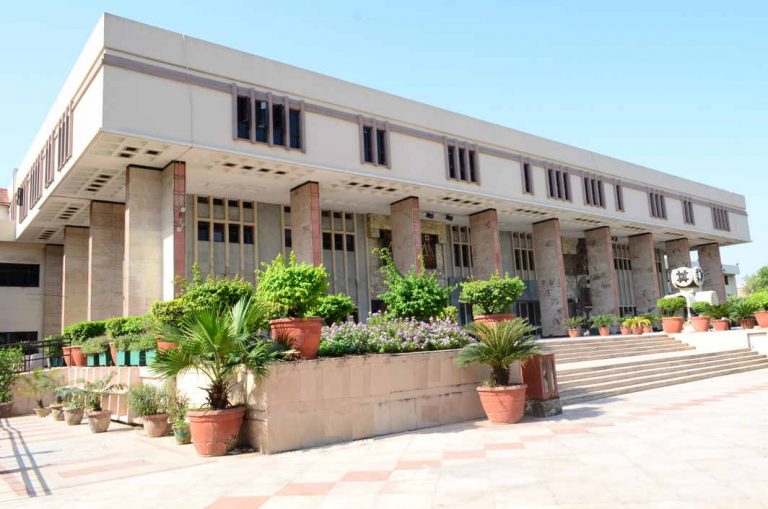 Senior Civil Judge Rachna Tiwari Lakhanpal, against whom the full court reference of the Delhi High Court had continued an inquiry over allegations of bribery after rejection of the judge’s application to stop that inquiry, had filed another petition against the court challenging that inquiry order.

The court has now handed the judge the right to view the entire CCTV footage that has been held against her in the case. This will be the full footage and not an edited one.

On Tuesday (July 17) the court also directed Judge Lakhanpal to file a reply in the petition filed by her challenging the order of Delhi High Court Full court reference bench. That bench had rejected the rejected a pray to defer the departmental proceedings against her in the corruption case.

In the last occasion the court had issued notice to the Registrar (Vigilance) Delhi High Court and other respondents. The court had said: “It (the bench) has considered the submissions and is of the opinion that the claim for suspension of the disciplinary proceedings, in the overall circumstances of the case, is not warranted. However, at the same time, given that according to the counsel for the parties the CCTV footage of the incident alleged appears to have been seized and is under the custody of Central Bureau of Investigation (CBI), the High Court is required to obtain a copy of the CCTV footage (not merely the excerpt of it) and provide it in electronic form to the petitioner within two weeks. The Registrar General, having regard to the urgency, shall address a letter and ensure that the said material i.e. a copy of the said CCTV footage is accessed. It is open to the High Court Establishment to retain another copy of the CCTV footage for use and reference, as the case may be, and if so needed, rely upon it in the proceedings. In the meanwhile, the High Court shall not insist upon furnishing of the reply/defence to the charge-sheet.”

Judge Lakhanpal, who was caught red handed by the CBI accepting bribe, has sought deferment of the departmental proceedings against her. The judge, from whose house, Rs 93 lakh were recovered during a raid by the CBI, has informed the Delhi High Court that the money did not belong to her but was her husband’s. Lakhanpal, who is under suspension till date after the recovery, has contended that she has been victimised by the complainant Ashok Kumar Ohri and his partner Ved Prakash Gulati for no fault on her part.

Ohri and Gulati had complained that Lakhanpal had abused her official position and demanded a bribe of Rs 20 lakh from Ohri through an advocate Vishal Mehan for deciding the case in their favour. She was also charged for accepting a bribe of Rs 5 lakh through Mehan who was appointed local commissioner in one of the cases. Besides, there were charges of disproportionate assets against her where Rs 93 lakh were recovered from her house during a raid conducted by the CBI on September 28, 2016 following which the judge was also arrested. She was later granted bail. In a representation submitted to the High Court, Lakhanpal has denied the charges levelled against her. But the Delhi High Court full court reference committee rejected her contentions and it forced her to file a petition challenging departmental proceedings against her.

According to her, both these persons Ohri and Ved Prakash Gulati, sensing the dismissal of their execution petition became “desperate” and conspired together to falsely implicate her preventing her to proceed against them and getting the disputed land. She also said that she never made any demand of bribe to grant any favour to anyone and the two persons have a history of filing false complaints against various persons including Retd Justice SN Dhingra by hatching a conspiracy against him.

She refuted the charges of disproportionate assets; the senior civil judge said that the money that was recovered from her house belonged to her husband. She also stated that her relations with her husband were strained and she was staying with him only for the sake of his minor children and old aged parents. She claimed that soon after the recovery, she was suspended and the matter was “widely” and “sarcastically” reported in the media causing a “great deal of mental harassment” to her. Following this, she also filed a divorce petition against her husband but with the mediation of her family members and for the sake of the future of her children, she withdrew the plea.