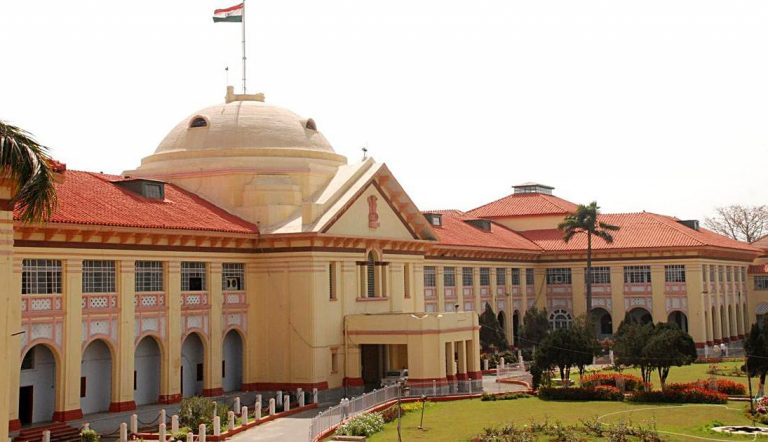 Above: The recent developments in the Patna High Court attracted media attention

By Law Kumar Mishra in Patna

Even by the standards of the Patna High Court, not generally known for sobriety and introspection, events of the recent past have registered new lows for judicial conduct. For the first time in its 100-year-old history, a full bench of the court was convened, not to discuss some serious constitutional matter but to respond to an order of another judge who had levelled charges of corruption and favouritism in the judiciary in Bihar. The judge who raised the issue, even sending copies of his order to the Prime Minister’s Office and the chief justice of India, is Justice Rakesh Kumar, the seniormost judge after Chief Justice of the High Court AP Sahi.

Justice Kumar’s judicial bomb exploded when he said in an order on August 28: “In Patna judgeship, things are not going in its right perspective. Senior judges have been buttressing the chief justice to get their favourites or caste men elevated as judges or do some favour to corrupt judicial officers. The corrupt judicial officers are having protection from High Court.” He also named five additional sessions judges who, he claimed, deserved termination from their services.

Within 24 hours, Chief Justice Sahi convened an 11-member full bench to decide on the response to the order by Justice Kumar, terming the developments an “institutional crisis”. The chief justice and 10 other judges collectively issued an order on August 29 which observed: “The tenor and terminology of the expressions may not be literally abusive, but are certainly defamatory, uncouth and uncivil.” The chief justice went one step further and described Justice Kumar’s judicial pronouncements on corruption as those of a “street sloganeering revolutionary”, and withdrew all judicial assignments from him for the next two days. They were reassigned to him from September 2.

The bench wrote in its order: “The learned single bench judge committed the gravest of error by assuming a jurisdiction which was not available to him under any law for the time being in force, not even by any administrative order of the chief justice. The judge used a language (against other judges) that is not only brine, but is malicious, contumacious, demeaning and completely insensitive to the living and dead alike.”

Describing the situation, the chief justice wrote: “The atmosphere of the Court is engulfed in a pall of gloom,” adding “aspersions have been cast on the Institution and judges in particular that can be imagined in a free society these days, but certainly not from a judge of the same Court through an unwarranted judicial order.”

What caused the chief justice to use such stern language was the questionable conduct of Justice Kumar in using a judicial order to highlight his claims of rampant corruption in the judiciary in Bihar. As the chief justice further commented in his order: “The Judge (Rakesh Kumar) has set an inglorious benchmark in the history of Patna High Court by wielding his pen like an unmerciful sword as that of a committed revolutionary who has set out to change the course of history by flouting settled standards of judicial propriety and the sobriety expected of a High Court Judge.”

A former cricketer, Justice Kumar refused to be cowed down by the judicial bouncers bowled by his brother judges. He said, in his order, that he was compelled to take action when he saw a news telecast on corruption in the Patna Civil Court and Danapur Civil Court. “After noticing the sad programme, I was shocked, perturbed and very much agitated. I had requested the chief justice that an FIR may be filed without any further delay… I was given an impression that I had committed a serious mistake.” He added: “I had taken an oath to bear true faith and allegiance to the Constitution and promised to uphold the Constitution and the laws. Since I had taken oath to do justice and if I fail to take any action to such corruption, I may not justify myself.”

Justice Kumar was the CBI counsel in the infamous multi-crore fodder scam in which two former chief ministers—Lalu Prasad Yadav and Jagannath Mishra—and over a dozen IAS officers were jailed. In the past, he questioned the granting of bail to bureaucrats accused of corruption and speaks openly about the greed among his fellow judges for the perks and privileges of judicial office. “It has been noticed that instead of discharging our duty, we are more indulged in enjoying privileges.” He specifically referred to bungalow allotments and renovation costs claimed, going on to allege in his controversial order how “wards of Judges are practicing in Patna High Court and the son of a judge, during the short period of his advocacy, became a teacher in judicial academy and got honorarium,”  adding: “Corruption in this High Court is open secret.”

However, the chief justice wrote in his retaliatory order: “The learned Judge himself got a bungalow allotted with expenditures made during his stay between 2010 and 2011. The bungalows are maintained by the state government out of its own exchequer and it is for the state government to prepare the budget and spend money thereon.”

The fallout of this unsavoury episode was the chief justice issuing directions on September 2, reminding all judges and the registry that he was the only authority to distribute and allocate cases and that no judge can ask for files from the registry. Whether that puts a lid on the controversial clash between Justice Kumar and his 11 brother judges is still to be seen, but it appears that the “pall of gloom” could linger for some time.