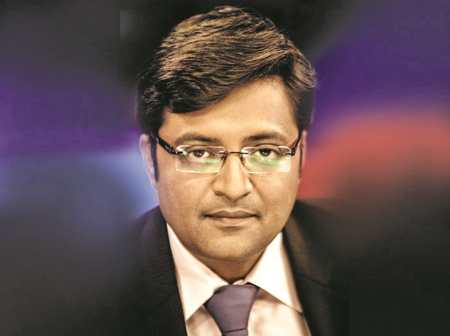 New Delhi (ILNS): The Supreme Court bench led by Chief Justice SA Bobde today issued notice on a plea by Republic TV Editor Arnab Goswami, against a breach of privilege motion moved by the Maharashtra State Legislative Assembly. The notice was to the Maharashtra Assembly, with a response returnable next week.

During hearing, Senior Advocate Harish Salve, appearing for Goswami, said: “This plea is against a privilege motion passed by the state assembly. This question is pending before seven benches.” He said privilege of the assembly cannot extend beyond the House, just because you use harsh words against the state government. There is an interesting question on whether Article 19 and 21 override the privilege motion. “The N Ram case is exactly the same thing,” he said.

The Chief Justice said: “We understand the gravity, but this is only a show cause notice and there is no motion.”

At that Salve pointed out: “I am on jurisdiction. Assembly’s jurisdiction cannot extend beyond the House.”

“In the Eenadu case – [in this the Andhra Pradesh Legislative Council had refused to accept the Supreme Court’s order preventing the arrest of the Eenadu Chief Editor Ramoji Rao for alleged breach of privilege] – there was a stay on the motion against him and he went on a leave. Privilege motion is dealt by a committee of privileges. There needs to be a charge by the committee.”

Salve said: “The secretary has sent it. It is stated that the journalist was critical of the Chief Minister.”

The CJI said: “The Speaker may have directed the secretary to do that. Where is the committee of privileges looking into this matter? Has it ever done so?”

Salve said: “I have placed debates of the house on record. I am assuming that I may have lied, I may have defamed, but how does the House have jurisdiction?”

The CJI suggested: “You can reply to the show cause notice. Most of breach is outside assembly. Say, someone says members of the Assembly are all criminals.”

Salve said: “Even that would not be breach and can be a case of defamation.”

The CJI asked: “You are saying breach is not like contempt?”

At that the CJI said: “Show us the judgment.”

Salve explained: “There needs to be interference in the performance of its functions.”

The CJI said: “There cannot be only physical interference that he is to be held physically. if someone holds me outside the Assembly and I cannot vote, then?”

The CJI probed: “But it is outside the house.”

Salve said: “But the breach will be when performance of the member is hampered.”

The CJI asked: “If you criticise a man, then won’t it intimidate his performance?”

Salve said: “But it needs to hamper his performance. He can very well come and say that person criticizing is speaking rubbish.”

CJI said: “Mr Salve, the important thing is whether it has gone through privileges committee or not.”

Salve said: “The court cannot go into that. It’s the working of the House.”

The CJI said: “If the Speaker is told by a member that the breach is by this person. Then that case is taken to privileges committee and thereby show cause notice is issued.”

At that the CJI said a notice will be issued.

Salve said: “I hope they don’t do anything while the matter is pending.”

Read Also: All practicing advocates who are members of State Bar Councils can now submit details till Nov 15

The CJI assured that this won’t happen.

Goswami moved the court to challenge the September 16 privilege motion sent to him by the Maharashtra Assembly for his criticism of the government inaction in the Sushant Singh Rajput case.

Did you find apk for android? You can find new Free Android Games and apps.
Share
Facebook
Twitter
Pinterest
WhatsApp
Previous articleSupreme Court extends tenure of non judicial member of NCDRC by 2 months
Next articleAll practicing advocates who are members of State Bar Councils can now submit details till Nov 15