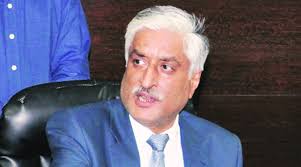 New Delhi (ILNS): The Supreme Court has sought a response from the state government on a plea filed by former Punjab Director General of Police Sumedh Singh Saini seeking quashing of a new FIR lodged against him in the 1991 case.

The case relates to the alleged murder of junior engineer Balwant Singh Multani in 1991. The Punjab government told the court that it would give a statement on the next date of hearing in the case. The Punjab and Haryana High Court had on September 8 dismissed Saini’s plea to quash the case or hand it over to the CBI.

A bench of Justices Ashok Bhushan, R. Subhash Reddy and M. R. Shah asked the Punjab government not to take further action in the matter. The bench sought the state government’s response to Saini’s petition within four weeks.

Senior advocate Mukul Rohatgi, on behalf of Saini, said during his trial through video conference that the illegal and malicious prosecution of his client should be stopped as one case after another was filed in the case. He said that he retired from the post of Director General of Police of Punjab in 2018 and the root of the problem is that he had filed five criminal cases against the current Chief Minister of the state.

Rohatgi said, “I will show how the government is taking vengeance in this matter.” I am fighting against the state and its chief minister.

Rohatgi said that in May this year, an FIR was lodged on the complaint of Multani’s brother as his father had died in 2014. Rohatgi termed it a case of political vendetta and said that the Punjab government has no right in the matter as the alleged torture took place in 1991 in Sector 17 of Chandigarh, which is a union territory.

The bench said that it is issuing notice to the Punjab government in this matter and sought to know from Gopal Subrahmanyam, presented on behalf of the state government, how much time they need to file the reply? To this Subrahmanyam answered that he needed at least three weeks.

On this, the bench ordered the matter to be listed hereafter. The bench said to Subrahmanyam, “Do not be hasty in a matter which may cause problems. Since it has not taken action for the last one month, do not take further action. You withdraw your new petition from the High Court.” Subrahmanyam said that he would give a statement in this regard on the next date of hearing.

Last month, the apex court had granted protection from arrest to Sumedh Singh Saini in the same case.

Did you find apk for android? You can find new Free Android Games and apps.
Share
Facebook
Twitter
Pinterest
WhatsApp
Previous articleMan accused of burning shop and waiter along with it denied bail by Delhi High Court
Next articleNon-constitution of district Juvenile Justice Boards a violation of Constitution, says Allahabad High Court