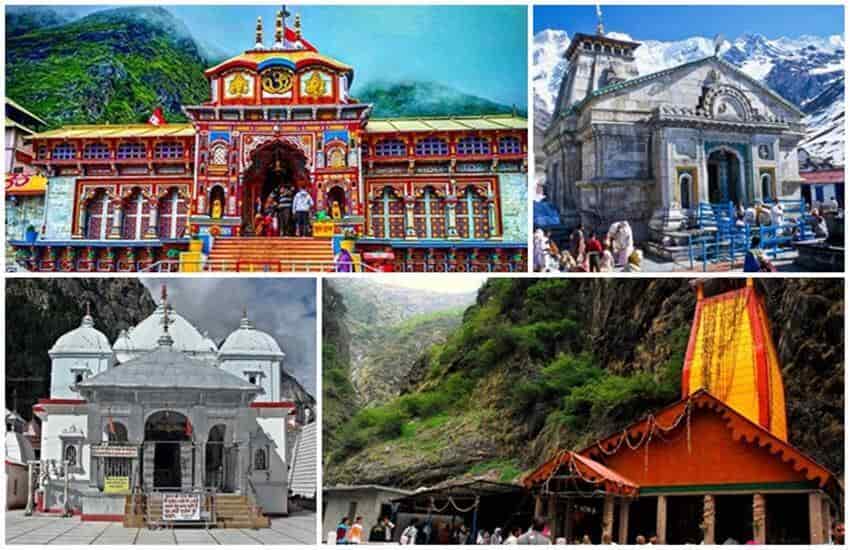 Nainital: The Uttarakhand High Court today (July 21) dismissed a petition by BJP leader Subramanian Swamy, who had claimed that the state government’s takeover of the Char Dhams and 51 other shrines through the Char Dham Devasthanam Management Board, was unlawful.

Swamy’s PIL had said that that the action of the government was wrong, on the ground that it violates Articles 14, 25, 26 and 31-A of the Constitution of India.

While dismissing the petition, the court ruled that the ownership of the temple properties would vest in Char Dham shrines and the power of the Board would be confined only to the administration and management of the properties. The ruling was given by the bench of Chief Justice Ramesh Ranganathan and Justice R.C. Khulbe.

The bench said: “Except to the limited extent that the words ‘shall devolve’ in Section 22 must be read as ‘devolve on the Char Dham and shall be maintained by the Board’ and the words ‘may further acquire land’, in the proviso thereto, shall be read as ‘may further acquire land on behalf of the Char Dham’, the challenge to the validity of the 2019 Act, on the ground that it violates Articles 14, 25, 26 and 31-A of the Constitution of India, must fail.”

The appeal said: “If Section 22 is construed as vesting the properties of the ‘Char Dham’ in the Char Dham Devasthanam Board, then such a provision, whereby the properties of the Char Dham are read as having been taken over by the Board without payment of any compensation, much less just compensation, would fail the test of reasonableness, and fall foul of Article 14 read with Article 300-A of the Constitution of India.”

“Now it becomes necessary to know what does Section 22 of the Uttarakhand Char Dham Devasthanam Management Act, 2019 provide. Section 22 of the Act provides, ‘all properties belonging to Char Dham Devasthanams to which the Act applies, on the date of commencement of the Act, that are in the possession or under the superintendence of the Government, Zila Panchayat, Zila Parishad, Municipality, property in the Board or any other local authority or in the possession or superintendence of any company, society, organisation, institutions or other person or any committee, superintendent appointed by the Government, shall, on the date on which the Board is or is deemed to have been constituted, or members are or are deemed to have been appointed under the Act, stand transferred to the Board and all assets vesting in the Government, local authority or person aforesaid and all liabilities subsisting against such movement, local authority or person on the said date shall devolve on the Board. Under the proviso thereto, the Board may further acquire land in or around the vicinity of the religious devasthanam and other places as it would deem proper for its better development,” said in the Order.

Did you find apk for android? You can find new Free Android Games and apps.
Share
Facebook
Twitter
Pinterest
WhatsApp
Previous articleSC asks MoF: Why aren’t PSUs cashing in corporate bank guarantees?
Next articlePlea to Delhi HC: Let us draw up to Rs 5 lakh from PMC account for medical emergencies