154,225FansLike
654,155FollowersFollow
0SubscribersSubscribe
Home Constitutional News Courts Trial under Section 307 can’t be quashed even if the complainant and accused arrive at a mutual settlement: SC 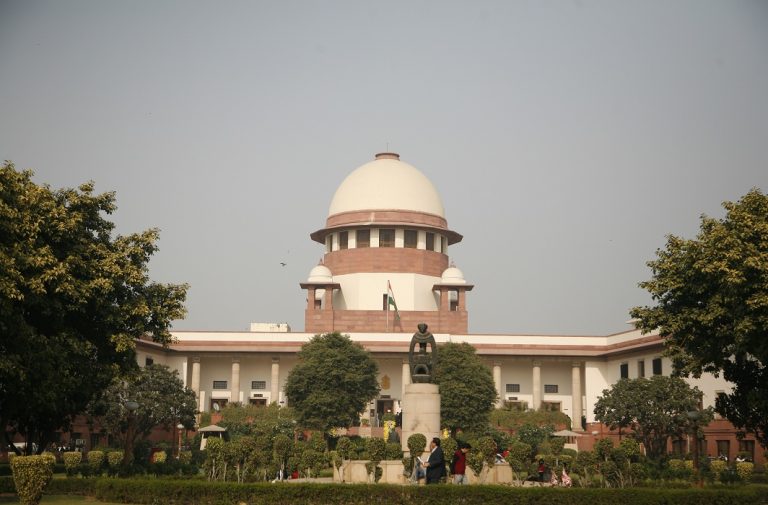 The Supreme Court while quashing the order of the Madhya Pradesh High Court has held that the proceedings under Section 307 of IPC cannot be quashed even if the complainant and the accused arrive at a mutual settlement. A bench comprising Justices DY Chandrachud and MR Shah allowed the appeal of the State of Madhya Pradesh reasoning that since attempt to murder under Section 307 of the IPC is a non-compoundable offence, proceedings under this section cannot be quashed on the ground that the accused and the original Complainant have settled the dispute amicably.

In the said case, complaint was lodged against the accused under Sections 307 (Attempt to Murder), 294 (Punishment for doing obscene acts and singing, reciting and uttering any obscene song) read with Section 34 (Acts done by several persons in furtherance of common intention) at the Police Station Maharajpur, District Gwalior, Madhya Pradesh. The bail application filed by the accused was rejected by the Sessions Court. Thereafter, the accused approached the High Court requesting quashing of the proceedings under the aforesaid sections on the ground that the disputes have been solved amicably within the parties. The High Court vide its powers under Section 482 CrPC had quashed the proceedings against all the accused under Section 307, 294 and 34 of the IPC solely on the ground that the original Complainant and Accused have settled the dispute and the original Complainant does not want to prosecute the accused persons.

The Supreme Court reasoned that there exists no dispute on the fact that as per Section 20 of CrPC, offences under Section 307, 294 read with Section 34 of the IPC are
non-compoundable. Also, it was stated that one of the accused persons is a hardcore criminal having criminal antecedents and that the accused fired twice on the complainant by a country-made pistol. The apex court thus stated that “the High Court has committed a grave error in quashing the criminal proceedings for the offences under Sections 307, 294 read with Section 34 of the IPC solely on the ground that the original Complainant and the accused have settled the dispute.”

The Court also referred to the decision in the case of Gulab Das and Ors. V. State of M.P. (2011) 12 SCALE 625, where the Supreme Court had held that despite any settlement between the Complainant on the one hand and the accused on the other, the criminal proceedings for the offences under Section 307 of the IPC cannot be quashed, as the offence under Section 307 of the IPC is a non-compoundable offence.

The court thus set aside the order of the High Court and ordered the criminal proceedings under the said sections to be proceeded further in accordance with law and on its own merits.