Yatin Oza case: There is a parliament, an executive and a judiciary- if you say everything is wrong, then there is anarchy, observes Court 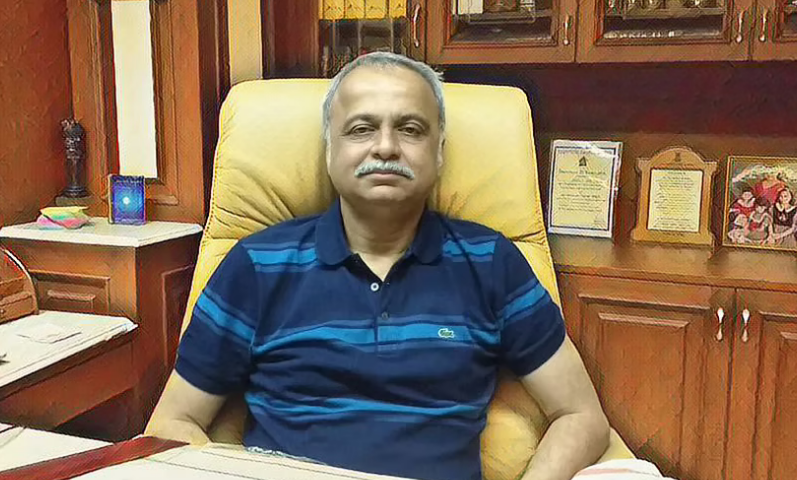 New Delhi (ILNS): Gujarat High Court lawyer Yatin Oza might still have a chance of getting his Senior Advocate cloak back. The Supreme Court yesterday observed that depriving a lawyer of his senior tag is like a “death penalty.” The case was taken up by the bench of Justices Sanjay Kishan Kaul and Dinesh Maheshwari and comes up for hearing on December 8, but the inclination of the bench brings hope to Oza.

Justice Kaul observed: “I did see the record. There are a lot of question marks, in more than one matter, on his conduct. Yes, I agree that withdrawal of gown from a senior is almost a death sentence.” The apex court yesterday asserted that lawyers have a responsibility to the judiciary as an institution and advised against attributing motives. “Something must have happened, which perturbed the court so much for the full court to come to a unanimous decision…This shows they were really pained.”

Justice Kaul said: “Balancing has to be done. That is what we’re trying to do between the parent court and the person. I am aware of both sides. You know, if it were to be an innocuous issue, how difficult it is to get a unanimous decision in a full court meeting. Something must have happened, which perturbed the court so much for the full court to come to a unanimous decision. I am saying this de-hors the observations of the high court, though some leeway is given in some of the observations of the high court. They were really pained at the conduct. This is not about sympathy only for the man but also for the institution…”

He further remarked: “There is a Parliament, an Executive and a Judiciary- if you say everything is wrong, then there is anarchy. The respect for the institution and for the people manning it has to be there. If you say a judge doesn’t work, it does not bother us. But something more appears to have happened here. We’ll try to do what we can.”

Oza prayed before the court:

“I agree! I bow down! I have suffered enough! It is my humble prayer to put an end to this! I cannot move in this society! I cannot go to Court for the 3-4 matters that I had accepted! After 21 years as a senior advocate, it is so difficult to go as an advocate.”

Senior Advocate Arvind Datar maintained that Oza was not someone who was perpetually making such statements and that his comments were in the context of complainants against the registry and prayed for a stay on the imprisonment and the fine till the next date of the hearing.

The court said it “understands your anxiety and wants to put an end to it” and added it will later hear the parties in detail.