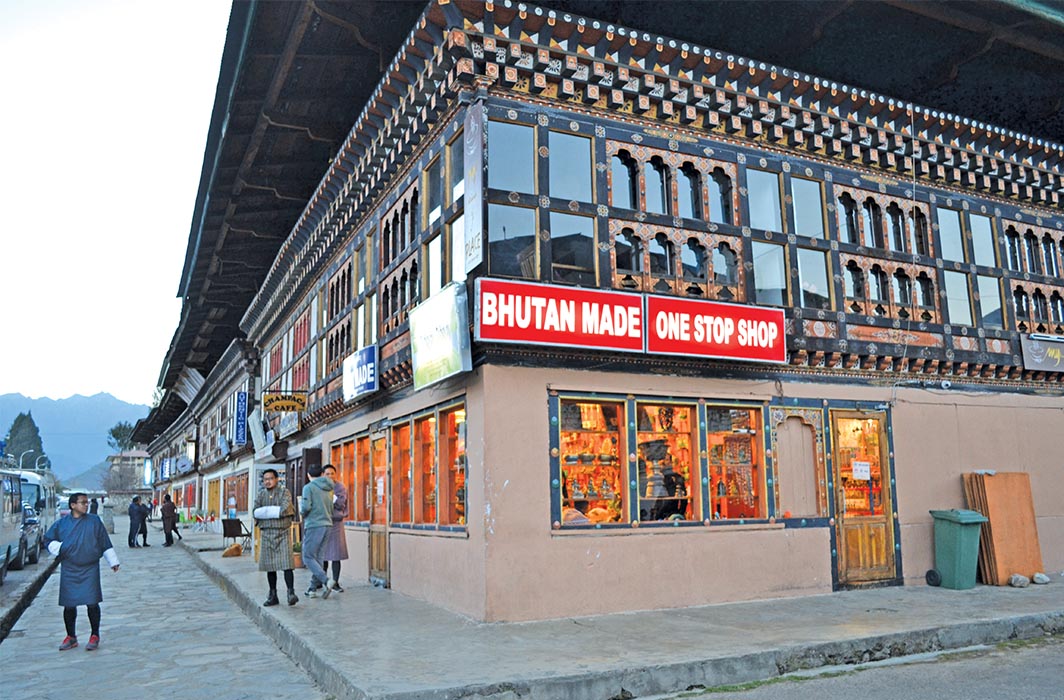 This Himalayan kingdom too is facing a cash crunch which has affected trade, tourism and pilgrimages to India

By Ramesh Menon in Thimpu

Bhutan, India’s neighbor, is clearly feeling the pinch of demonetization. A serious cash crunch has already affected border trade. India is Bhutan’s largest trading partner and a free trade regime exists between both the countries. Indian currency is legal tender in Bhutan and this Himalayan kingdom is a major re-cipient of Indian aid and gets around Rs 5,490 crore annually. India also exports electricity, cement, iron dolomite, gypsum, ferro-alloys and oranges to Bhutan.

Demonetization has affected farmers in Phuentsholing, a town bordering India, and they are struggling to sell potato and cardamom stocks to Indian traders who are finding it difficult to make cash payments. After demonetization, cardamom prices fell from 900 Ngultrums a kg to 700 Ngultrums (one Ngultrum is equivalent to an Indian rupee). The unofficial exchange value of Rs 100 has now become about 130 Ngulturms in the black market. There have been reports of border villages in Assam now using Bhutanese currency so that trade does not come to a standstill. They fervently hope that in the next few months, they will be able to cash the Ngultrums in return for Indian currency.

Sources told India Legal that India should have made some alternative arrangements to send in new currency notes to Bhutan as it is a major trading partner and is wholly dependent on India. Prime Minister Narendra Modi has always stressed on his “Neighborhood First” policy and said that ties with neighboring countries would be his first priority and this would be the cornerstone of India’s foreign policy.

The Bhutanese Central Bank has directed banks to freeze withdrawals of Ngultrums by Bhutanese individuals and companies in ex-change for demonetized Indian currency of Rs 1,000 and Rs 500.

Marketing advisor Bhim Raj Gurung of the Food Corporation of Bhutan said that demonetization of Indian currency has badly impacted both the Bhutanese farmers and the Corporation.

Potato exports from Bhutan to India have also been seriously hit. According to reports, there are more than 1,000 metric tons of potatoes waiting to be sold. Hit by the cash crunch, Indian traders have not been able to buy it. Many farmers grow only potatoes as they have been accustomed to deal with this cash crop. The prices of potatoes have dropped from 50 Ngultrums to 23 Ngultrums due to the cash crisis.

Also, a substantial amount of business between Bhutan and India was earlier mainly through the barter system. But in recent times, many small traders come in and do business using cash. They have now been seriously affected.  Shopkeepers in Thimpu say that their cash flows have considerably reduced as they depend a lot on Indian tourists who have stopped coming. Sanjeev Mehta, an economics professor at the Royal Thimpu College, feels that if the tourism and real estate sectors are hit due to demonetization, the GDR rate would dip in Bhutan.

Demonetization has also affected pilgrimages to India. At this time of the year, many Bhutanese usually go on a pilgrimage to India as the harvesting season is over. They usually visit Buddhist monasteries in Sikkim, Varanasi, Bodhgaya, Kushinagar and Sarnath. They are now desperately asking Indian tourists to give them rupees as they are unable to garner enough funds for their pilgrimage. Sonam Tshering, who works with the Bhutan Broadcasting Service, was requesting every Indian he met for some Indian currency as his parents were scheduled to go to Bodhgaya in mid-December. With great difficulty, he managed to get Rs 10,000, but it was not enough for a fortnight-long visit to India and back. Dechen Zam, a receptionist at Namgay Heritage Hotel here, said: “I have persuaded my parents to cancel their pilgrimage to India as I have not been able to gather enough Indian currency for them.”

The Royal Monetary Authority (RMA) of Bhutan, the country’s Central Bank, used to earlier issue Rs 15,000 per person every month before demonetization changed the rules. It reduced it to Rs 10,000 per person per month and then to Rs 5,000. But even this small amount is distributed to only 50 people every day through a lucky dip. Many Bhutanese travel from all over the country to Thimpu to get this amount as Indian currency can only be procured at this bank. The RMA has also asked Bhutanese to avoid travelling on a pilgrimage this year. But for faithful Buddhists, this is not a solution.

Bhutan’s Economic Affairs Minister Lekey Dorji said that Bhutan was in regular to-uch with the Reserve Bank of India on the need to replenish Rs 100 notes to tide over the current crisis. In an interview to Business Bhutan, a Thimpu-based weekly, he said that Bhutanese need to be vigilant about being used by Indian agents in the exchange of demonetized notes.