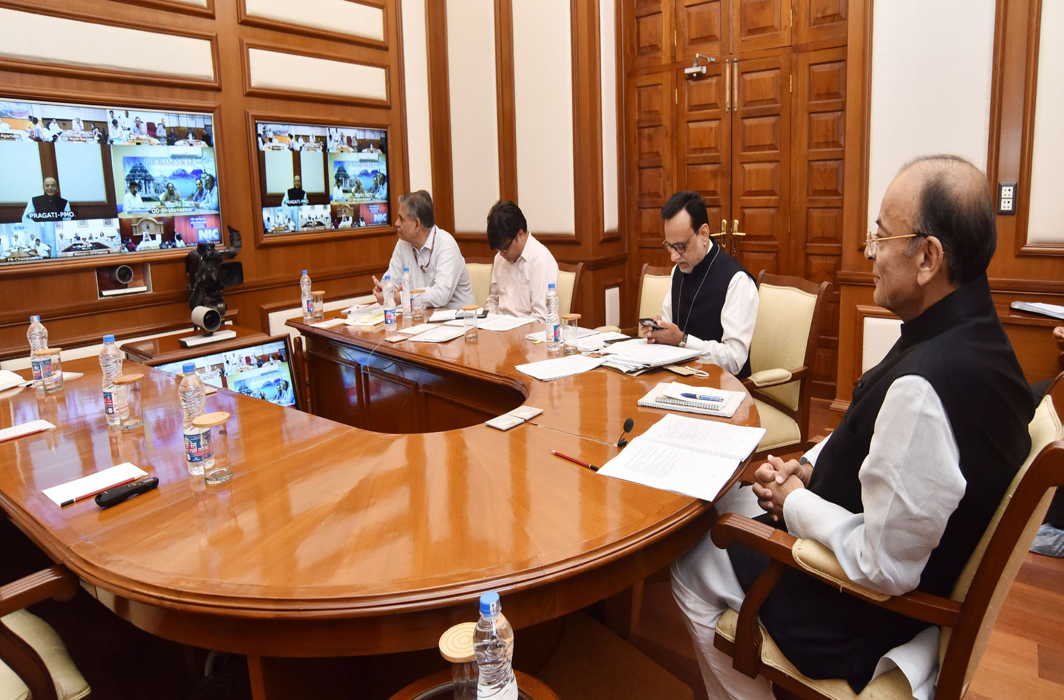 The GST Council has proposed that this vital network, GSTN be given back to the government as there are concerns over private entities leaking sensitive information

The GST Council in its 27th meeting on May 4 took two momentous decisions. The first was with respect to the ownership and equity structure of GST Net (GSTN), the IT infrastructure for administering GST. The second was with regard to filing of returns.

When GSTN came up for discussion in 2011-12, there were two views on it. Those who supported private ownership of GSTN had the following to say about it:

However, those who opposed privatization of GSTN expressed the following concerns:

On examining the pros and cons of a private GSTN, the Central Board of Excise and Customs (CBEC) had, in October 2011, recommended a government-owned GSTN with majority equity share for central and state governments. However, by April 2012, a final decision was taken in favour of a private GSTN.

Meanwhile, when the 122nd Constitution Amendment Bill, 2014, was referred by the Rajya Sabha to the Select Committee in July 2015, the Committee recommended, based on a representation from the United Bank of India: “…GSTN’s work is of strategic importance to the country and the firm would be a repository of a lot of sensitive data on business entities across the country. In light of above, the Commit-tee strongly recommends that government may take immediate steps to ensure non-government financial institution shareholding be limited to public sector banks or public sector financial institutions.”

Finally, based on the concerns raised about the security of the taxpayers’ data on the portal, the GST Council recently took a decision to convert GSTN into a totally government-owned company with an equity share of 50 percent each between the central government and all the states collectively. The distribution of equity shares among the states will be formulated based on the GST revenue collections by each state.

It was stated at the meeting that a majority of the GST processes were IT-driven and GSTN was handling invoice data of millions of entities. Also, considering the nature of “state functions” performed by GSTN, the Council felt that it be converted into a fully-owned government firm. The GSTN board will be allowed to continue with the current staff at the existing terms and conditions for a period of up to five years. There will also be provisions for a flexible HR policy in respect to drawing talent from the market with higher emoluments and also for continuing with the “hire and fire” policy, keeping an eye on the efficacy of GSTN.

The second momentous decision was with regard to the filing of returns. GSTN failed at the introduction of GST in July 2017 itself. This prompted the Council to take certain interim measures on filing of returns. The erstwhile planned GSTR-2 and GSTR-3 returns formats were deferred, and instead taxpayers were called upon to file GSTR-1 and GSTR-3B returns. GSTR-1 contained the supplier’s outward supply details and GSTR-3B was a simplified, summarised monthly return on self-declaration basis.

While this was the interim arrangement, a group of state finance ministers was set up under the chairmanship of Sushil Kumar Modi, deputy chief minister of Bihar, to recommend a simplified returns filing process. Based on the recommendations of this group, the GST Council has now decided on the following:

It is evident from the above that an attempt has been made to facilitate genuine trade by automatically availing of credit immediately after uploading of invoices by the suppliers. There seems to be no more need for a separate system based on matching of input tax credit. The responsibility will remain on the recipient to ensure that he chooses his supplier after checking his credentials. This is because if there is a case of non-payment of tax or non-uploading of invoice, the onus will ultimately fall on him to reverse his credit.

The Council has also deferred decisions in two cases—incentivising digital transactions and cess on sugar.

On the first issue, the proposal was to incentivise digital payments by offering consumers two prices for the goods they purchase. One price was based on the normal GST rate for purchases made through cash payment and the other was a 2 percent concession subject to a ceiling of Rs 100 per transaction if  the consumer paid through cheque or any digital mode. Reportedly, a majority of the states supported the proposal, but others did not agree and raised certain concerns.

The Council referred the matter to a Group of Ministers (GoM) headed by Sushil Kumar Modi.

The second proposal of three percent cess on sugar from the Union finance minister was out of concern for sugarcane farmers. The cost of production of sugar had risen beyond Rs 35 per kg, while the market price ranged between Rs 26 to Rs 28 per kg.

Consequently, sugar mill owners are unable to pay sugarcane farmers, pushing them into deep distress. Hence the proposal to distribute the cess to sugarcane-producing states.

Coincidentally, most of the sugarcane- producing states such as UP, Maharashtra and Bihar, who supported the move, are ruled by the BJP. The states ruled by opposition parties such as West Bengal, Kerala and Andhra Pradesh opposed the move. They argued that the country was witnessing agrarian distress over different farm items like cotton, rubber, food grains, fruits and vegetables and a selective cess only on sugar was not the right way to redress the problem.

Besides, the idea of a cess itself is against the grain of GST. Taxpayers do not get any credit of the cess paid by them and the credit-chain of GST gets broken.

The cess becomes a cost to taxpayers and thus adds to inflation. These apart, cess only goes to the central kitty and therefore states are generally against cess. In the absence of consensus, this matter too was referred to a GoM headed by Himanta Biswa Sarma, Assam’s finance minister.

Overall, it was a productive GST Council meeting.

—The author is the former chairman, Central Board of Excise & Customs, from 2010-11