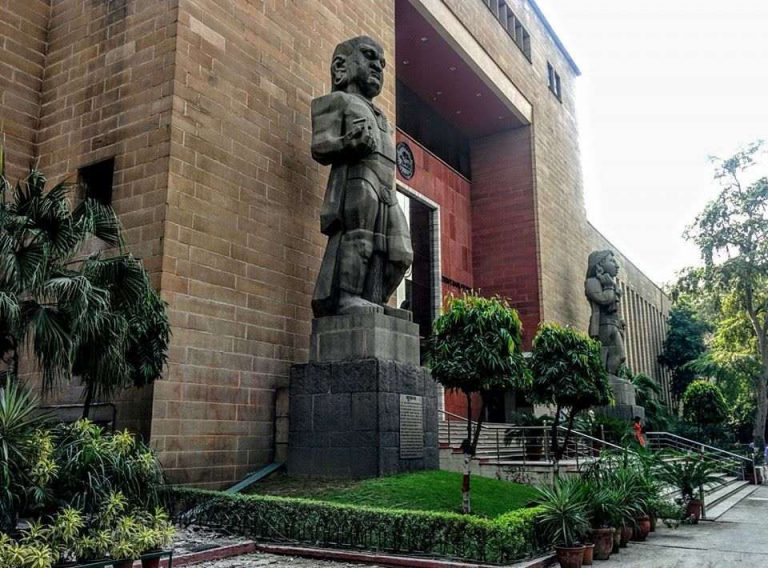 Above: The recent lowering of repo rates by the RBI, the third consecutive rate drop this year, signals an economic slowdown/Photo: justdial.com

For a slowing economy, rate cuts will be beneficial only if banks transmit them to the real economy. What is needed is a comprehensive liberalisation policy and a broad capital market

Recently, the Reserve Bank of India (RBI) lowered the repo rate to 5.75 percent. This was the third consecutive rate drop by the RBI in 2019. The stock market, which normally welcomes a rate cut, dropped 1.2 percent on the announ­cement. The price-to-earnings (PE) multiple on the Sensex is at a historical high of 28.4, almost one-and-a-half times its long-term average of 18.5. A high PE multiple is indicative of an overvalued market and would be justified only if corporate earnings were expected to rise. The RBI rate cuts signal a slower economy and lower corporate earnings, which is bad news for an overvalued stock market.

Interest rates are the price of money and when the demand for money drops, its price, like that of any other commodity, also declines. Declining demand for money is a reliable leading indicator of an economic slowdown. Businesses stop borrowing when demand for their products and services falls, and consumers reduce borrowing when their employment opportunities are at risk.

The RBI is a bank for other banks and does not deal directly with consumers. So, it can only drop the rate it charges commercial banks for overnight loans, called the repo loan, and hope that the banks transmit this lower rate to consumer and business loans. The RBI’s rate cuts will be beneficial only if banks transmit these cuts to the real economy. During the period 2014 to 2016, the RBI dropped the repo rate six consecutive times from 8 percent to 6.25 percent, but very little of that rate cut was passed on to consumers.

This article addresses two specific questions: Will these new rate cuts be transmitted to consumers, and will this improve economic growth? The answer to both questions is no.

Almost 70 percent of all credit in India comes from the banking sector. Corporate bonds and new equity issues provide very little credit to the industry. Banks, therefore, have a virtual monopoly on loaning money as a result of which they have little interest in passing on lower interest rates to consumers. In developed financial markets like the US, it is the other way around. Almost 80 percent of private capital investment is financed by the capital markets, and there is very little reliance on bank financing. Any rate cut by the US central bank (Federal Reserve Bank) is immediately transmitted to the real economy through the bond market, and banks have little choice but to follow.

Banks in India are under immense stress from bad loans. Most banks are at or below their minimum regulatory capital requirement and prefer to invest in low-risk government bonds that require less regulatory capital than make risky loans to businesses and consumers. Almost 28 percent of all commercial bank deposits are invested in government bonds which is significantly higher than the statutory requirement of 19.25 percent. A higher amount parked in government bonds leaves less money for businesses and consumers, which reduces the incentive for banks to lower interest rates on loans offered to these groups.

The transmission of RBI rate cuts to business and retail loans is likely to be a slow process. Banks are happier borrowing from the RBI at 5.75 percent and investing that money in government bonds yielding 7 percent rather than making risky industrial loans at a time when their balance sheets are stressed with existing bad loans.

A more important question is whether a reduction in the rate by the RBI will improve economic growth. There is widespread belief among policymakers that lower interest rates are the magic wand to improve the economy. This is supported by the argument that when interest rates are low, businesses borrow money and invest in expanding production capacity. Also, lower rates entice consumers into borrowing, which increases private consumption and creates eco­nomic growth.

The evidence, however, suggests otherwise. Japan lowered its rates to zero percent 20 years ago, but its GDP growth over this period has averaged 0.4 percent per year and has crossed 2 percent only once. In the US, interest rates were lowered to close to zero after the 2008 financial crisis, but GDP growth has averaged around 2 percent which is significantly lower than the long-term average of 3.8 percent. The same goes for countries in the Eurozone where interest rates have been near zero for more than a decade, but GDP growth has remained well below 1 percent.

In this era of cheap money, why aren’t the economies of these countries booming? As it turns out, businesses and consumers are not borrowing more even though rates are near zero. Instead, it is governments that are loading up on cheap debt. Japanese government debt as a percent of GDP has doubled since rates dropped to zero, while business and household debt have dropped by 23 percent and 8 percent respectively. In the US, government debt has increased by 42 percent, but household debt has fallen by 20 percent and business debt is up a minuscule 2 percent over the last decade.

It seems that lowering interest rates is not the answer, and may even do more harm than good. Has monetary policy stopped working or are economists missing a trick? A recent academic paper (Lee & Werner) finds no empirical support for the much-asserted theory that low interest rates lead to higher economic growth. Instead, the paper finds that interest rates follow GDP growth, and are positively correlated, implying that when economic growth increases, it causes interest rates to go up and vice versa. The paper goes on to conclude that it is not the price of money, i.e., interest rates, but the quantity of money that is more important in promoting economic growth, suggesting that policymakers should be more concerned about constraints on the availability of capital than its price.

In other words, almost 60 percent of available credit is used to satisfy government mandates and priorities leaving very little capital for competitive and innovative businesses, which are the real drivers of economic growth. With the new government considering bringing additional sectors under priority lending, the quantity of credit available for the rest of the economy will be further constrained.

Dropping interest rates alone will not pull the Indian economy out of its consumption slump. Policymakers should focus also on increasing the quantity of credit available for businesses and households. This would require lowering the statutory amount that banks hold in government bonds from 19.25 percent to around 10 percent, and reducing (and preferably eliminating) priority sector lending from the current 40 percent. The RBI can fund government deficits by selling long-dated bonds to push up long-term rates and steepen the yield curve to make consumer and industry lending more attractive for banks.

The most urgent need, however, is for structural reform and liberalisation of the financial sector, in particular, capital markets. The entire system of funding industry and infrastructure is very heavily reliant on public sector banks. While other countries have used the entire gamut of capital markets, which include corporate bonds, municipal bonds, mortgage-backed securities, private equity, venture capital, peer-to-peer funding, non-banking financial companies, India’s credit industry is dependent on a banking sector which is primarily controlled by the government. Mobilisation of capital through the issuance of corporate bonds is only about 4.4 percent of the GDP and 0.2 percent of GDP through new equity issues. These numbers are minuscule compared to the size of the Indian economy and the capital needs of the industry.

The government should get capital market experts to work with the RBI and SEBI to develop a comprehensive liberalisation policy for the financial sector. The absence of a healthy and broad capital market has led to an oversized banking system, an excessively regulated credit market, crony capitalism, sloppy lending by banks and careless investments by corporates. The NPA situation in India is the direct result of too much reliance on bank financing.

India will never become a developed economy without a strong and stable financial sector and free capital markets. In 2009, a committee headed by Dr Raghuram Rajan, ex-RBI governor, developed a comprehensive document for financial sector reform titled A Hundred Small Steps. The government would be wise to use that as a blueprint to engage in immediate reform of this vital sector.