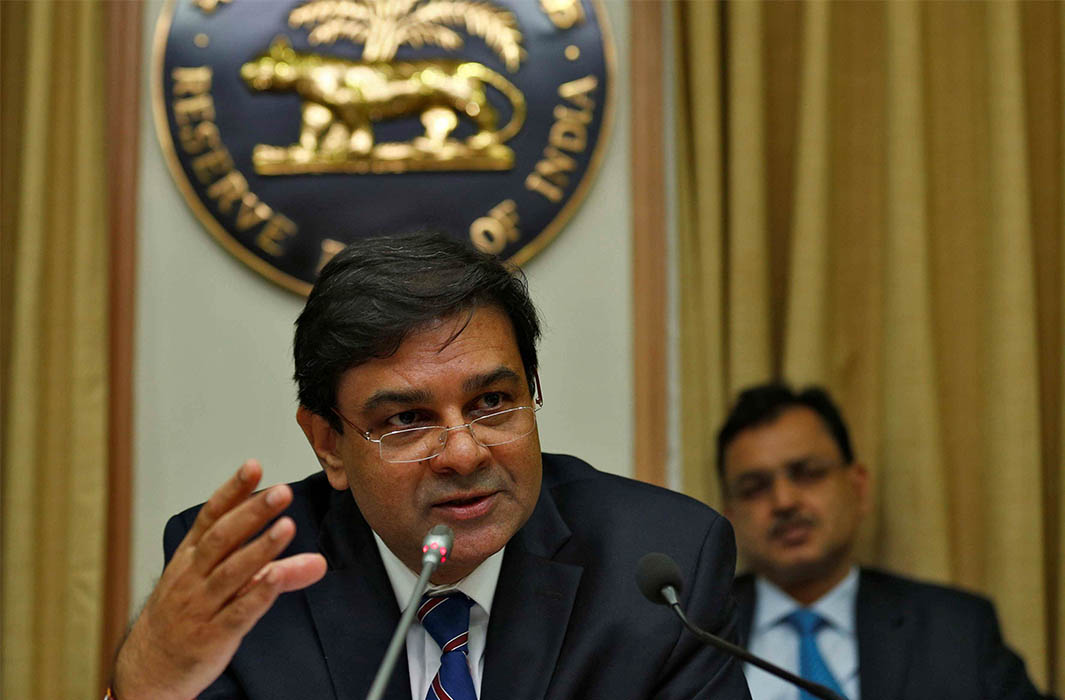 The RBI governor spoke his mind on the economy at the Vibrant Gujarat Summit in Gandhinagar, breaking a spell of silence

There has been much concern, murmurs and even noise about the silence of Reserve Bank of India Governor Urjit Patel, who despite his impeccable academic credentials, is almost reduced to a “yes-man” of the BJP-led NDA government led by Prime Minister Narendra Modi. This is especially so in the aftermath of Mod’s dramatic demonetisation declaration on November8, last year.

Patel did speak his mind, though in a very guarded manner, after the bi-monthly Monetary Policy Committee (MPC) on December 6-7, where he spoke of short-term slowdown of the economy in the wake of demonetisation. The central bank had indicated in crystal clear language that the growth rate for 2016-17 will come down to 7.1 per cent from the estimated 7.6 per cent. But in that statement, he had expressed the view that the economy could bounce back after that.

But on Wednesday (Jan 11), he spoke his mind as an independent central bank governor which is what is expected of him. He clearly said that the legal framework for international transactions needs to be strengthened in the country if the international finance centres, a fee trade economy zone for finance, if the Gujarat International Financial Tec-City (GIFT) Centre is to succeed. It could be interpreted more as an advice to the government as to what it should be doing.

The more important aspect was with regard to the domestic economy. He has revealed his anxieties about the developments in the two largest economies, the US and China. He said: “As backdrop, there are two important transitions underway in the two largest economies. One is the realignment of fiscal, monetary and trade policies in the US, which has already imparted considerable financial volatility in the global economy in the last two months. Even NAFTA is not sacrosanct. US trade partners, especially emerging markets, stand forewarned. And all this is even before the new US administration takes office later this month. The other transition, of course, is the rebalancing of China’s growth drivers from investment and exports to domestic consumption of goods & services. One of these transitions is welcome, the other not so.” Of course, the positive transition is that unfolding in China.

Then he turned to domestic economy and did not mince his words: “For us, in India, good policy housekeeping should be the cornerstone. It is easy, and quick to fritter away gains regarding macro-economic stability. But hard and slow to regain them.”

What does this mean? It means, according to RBI, management of inflation. Patel made the work of the central bank plain: “Firstly, a monetary policy framework backed by legislation. The RBI has now a notified target for inflation of 4 per cent, which a six-member Monetary Policy Committee (MPC) has been enjoined and tasked to realise.”

He argued that low and steady inflation is necessary for a meaningful interest rate structure. And he has issued a clear warning against possible recklessness in demanding lowering of interest rates in the banker’s language: “…while some government guarantees and limited subventions can help, steep interest rate subventions and large credit guarantees also impede optimal allocation of financial resources and increases moral hazard.”

Prime Minister Modi and Finance Minister Arun Jaitley are seen to be working at a populist budget, where there will be measures to stimulate credit off-take, which is possible only through arm-twisting public sector banks to lower house loans, and to offer credit incentives to farmers. The government sees this as a necessary follow-up to demonetisation, where the banks for the moment are enjoying a liquidity surge. Patel is telling the prime minister and the finance minister in very polite language that this would be a foolish thing to do.

More painful to the ears of this government is Patel’s reference to government debt, which includes the borrowings of the central government as well as the states, and how it is highest in the G-20, and how this comes in the way of “credit rating upgrade”.

Much more clear is his unambiguous advisory: “Borrowing even more and pre-empting resources from future generations by governments cannot be a short-cut to long-lasting higher growth.”

This is Patel’s wake-up call to Modi and Jaitley. They are unlikely to heed, but the RBI governor has fulfilled his responsibility.