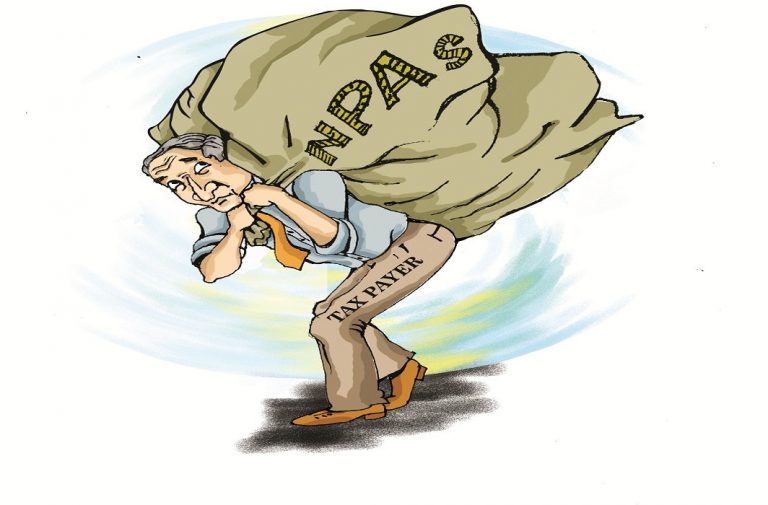 A plea in the apex court to restrain banks from writing off NPAs is timely as the cost for doing so is borne by the citizens. It is time India’s financial institutions were immediately overhauled

Who pays when you screw up? You, of course. And who pays when the government screws up? Still you.

It is no secret that the banking sector in India faces a crisis. The RBI’s Financial Stability Report expects the bad loan ratio (bad loans as a percent of total loans) to be about 12.2 percent by year-end. If economic conditions deteriorate, this number could rise to 13.3 percent by year-end—among the highest in the world and almost four times the global average of 3.4 percent. It is also no secret that much of this crisis has one origin—big government and the bad politics, corruption and cronyism that comes from it.

The State controls more than 70 percent of banking assets, and many key industries are still run as state monopolies. This government overreach and the corresponding lack of economic freedom is mainly responsible for many of India’s economic problems.

Depending on the industry to which a loan is made, banks are required to set aside between five percent and 20 percent of their capital to provision for those loans. When a loan becomes bad, it sits on a bank’s balance sheet as an unproductive asset tying up capital that could potentially be loaned. Banks are allowed to write-off these unpaid loans, and remove the dead assets from their balance sheet which frees up capital for new loans, and permits banks to deduct the written-off amount from their taxable income.

So, who pays for the loss from loans that are written-off? Most of the loss is paid for by the citizens of the country, more specifically, the tax payers. The written-off amount is a tax deduction and thus a loss to the public exchequer. The money that would have come in as taxes to build schools, roads, hospitals and provide education and food for the poor does not come in because of the tax deduction. Bank shareholders also suffer from write-offs. In the case of public sector banks, it is again the public and in the case of private banks, it is their investors. As public sector banks control more than 70 percent of the country’s banking assets, and also because bad loan ratios of public banks are four times higher than of private banks, the cost of writing off bad loans is essentially a cost to the citizens of the country.

In response to this, there was a PIL filed in the Supreme Court to:

a) restrain banks from these “technical” write-offs

(d) to prevent political parties from offering loan-waiving incentives or any other monetary schemes in their election manifestos.

Some of the arguments in the petition have merit. But first some clarification. A loan write-off is not the same thing as a loan waiver. In a waiver, the bank waives off any claim on the loan and stops all efforts to recover the loan. Waiving off farmers loans means that money will not be recovered ever. The citizens of the country bear the loss. But a write-off only removes the loan from the bank’s books and allows the bank to take the amount of write-off as a loss on its income statement. It does not take away the bank’s right to attempt to re­cover all or part of the unpaid amount either through the legal process or by selling the company’s assets.

The recently passed Insolvency and Bankruptcy Code (2016) created two separate tribunals to oversee the process of insolvency resolution, the National Company Law Tribunal (NCLT) for companies and Limited Liability Partnership firms and the Debt Recovery Tribunal for individuals and partnerships. Whatever amount a bank can recover after a write-off, goes back on to its income statement as revenue on which it pays taxes.

However, recovery rates on bad loans have been low. Over the last four years, banks have written off around Rs 3.16 lakh crore of bad loans, but only 14 percent of that amount has been recovered through litigation and sale of assets. So, should banks be allowed to write-off loans and then get tax benefits on the written off amount? A bank is no different than any other corporation and should be treated as such. All corporations are allowed to deduct losses from their taxable income—after all, if the government has the right to share in the good times by taxing a company’s profits, then it should also be a partner during bad times and allow the company to get tax offsets for losses. All companies are allowed to write-off uncollected accounts receivables created as part of the business. Banks should also be allowed to write-off loans.

From an economic perspective, it is vital that companies, including banks, be allowed to clean their balance sheets by getting rid of dead assets. Remember, an asset is a thing of value either because of its intrinsic value (land) or its ability to generate income (machinery). On the balance sheet, an asset must have a corresponding entry on the capital side. A “dead” asset has no real value and must be removed to get a more realistic picture of the company’s capital structure. This is even more vital for banks which, by law, are required to maintain a certain minimum capital amount.

Unless the Supreme Court wants to rewrite the entire corporate code, it is unlikely that it will find any merit in the plea to disallow banks to take write-offs. If it allows write-offs, then it has to permit them to be tax deductible—that is not a constitutional issue, just a feature of a double-entry bookkeeping system.

The petitioner’s other issues about political parties and governments waiving off loans are a separate matter. The Supreme Court must put an end to that discriminatory practice. Firstly, a loan waiver benefits only two parties—the recipient of the loan who now does not have to pay it back and the politicians who ingratiate themselves by waving the magic wand and making the debt disappear. It is extremely unkind to the rest of the country that unwillingly gets saddled with the cost of paying for a benefit that accrues only to a select group. Instead of risking political capital and making the difficult decisions to fix the problems, politicians find it more expedient to announce a loan waiver. They don’t have to pay for it, so there is no skin off their back. Secondly, loan waivers, which have now become a “must” in every party’s manifesto, is bad economics. They create a permanent and growing group of debtors who borrow indiscriminately, knowing they are protected on the downside—economists call this moral hazard. This sucks up vast amounts of capital that could otherwise have been used more efficiently and productively in the economy. Currently, about Rs 6 lakh crore are tied up with the Kisan Credit Card and Mudra schemes. These borrowers will soon expect relief similar to that received by farmers, and if the benevolent politicians grant it to win their re-election, the rest of the citizens would have to foot the bill.

That is a discriminatory practice and is possible only because the state has a monopoly on the power to enforce such practices. The Supreme Court could end this immediately by disallowing any benefits that accrue to one group at a cost to the rest to be included in political manifestos. It is about time politicians won elections based on their abilities and track-record of service instead of their ability to show benevolence with someone else’s money.

The Supreme Court should also shake up the country’s judicial system which is currently unprepared to expeditiously enforce something that is at the heart of every modern economy—contracts. Litigation on contracts drags on for years, which adds significantly to the cost of doing business. If there is a defined process to allow for the expedient enforcement of contracts with clear and heavy penalties for violators, including payment of all litigation costs, many of the problems with bad loan can be eliminated. Bankruptcy court should be a final threat and not an alternative to a weak judicial system.

It is also clear to anyone who understands how an economy grows that India’s financial institutions, including its banking system, need a massive and immediate overhaul. Issues related to poor governance, unaccountable board of directors, lack of instruments that allow for risk sharing, overregulation and too much government control over financial resources are a significant drag on the economy. In 2009, a committee headed by Dr Raghuram Rajan, ex-RBI governor, developed a very comprehensive document for financial sector reform titled, A Hundred Small Steps. The next government should use that as a blueprint to engage in immediate financial reform, otherwise bank write-offs and Supreme Court litigations will become the norm.