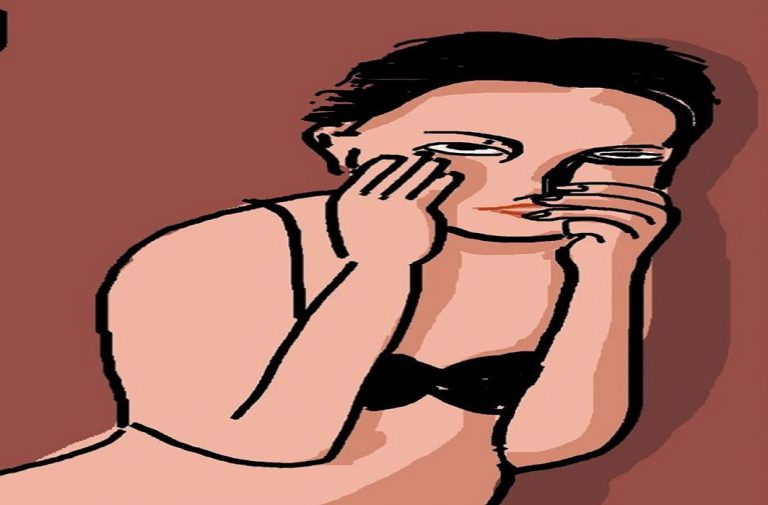 The gang rape of a Dalit girl in the Thanagazi village of the Alwar district was something that was waiting to happen. In view of the Lok Sabha elections in the state that were due, police tried to hush up the matter immediately, but soon the gory details were out in public.

A perusal of the Rajasthan police’s website which gives monthly crime graphs shows that there has been an alarming increase in such crimes in recent years. From 960 cases of rape registered in 2016-17, the figure went up to 1312 the next year and this year, this figure hit 1509 mark. This shows that in the last three years, Rajasthan has seen a sharp spike in rape cases.

In the latest shocker, an 18-year-old Dalit girl was gangraped by five men, in front of her husband, on the Alwar-Thanagazi highway. The police and state administration refused to register the case as they were busy with the polling arrangements while the accused who had recorded the rape on their mobiles threatened the victim’s family that they will circulated the video on social media unless they pay Rs 10,000 and they eventually released the video on social media after the family refused to pay. This gruesome crime has not only shocked the entire state but has also raised serious questions regarding the security of women in the state.

Kavita Srivastava, President of Rajasthan PUCL, says the Alwar gang rape has exposed the entire state machinery, which is in miserable and pathetic condition. “The Alwar case is not just one off incident. This has been going on for a long time and will continue like this if punitive action is not taken against not only the culprits but also against the police personnel for the dereliction of duty,” she added.

Srivastava told India Legal that there is a complete break down of social order and the state machinery. There is no fear for law. People think they can get away with anything. As far as break down of social order, she says there has been an increase in misogyny on the streets, even in homes as most rapes are committed within the four walls of home. “As more and more women are empowering themselves by joining the workforce, they have become the target of sexual attacks.”

She said the case like Alwar should not be repeated. The police and state have become more proactive and certain punitive and preventive measures have to be into place. “Punitive actions have to be taken against not only the culprits but also the police personnel for their lax attitude. If the Alwar superintendent of police (SP) and the SHO of the police station concerned are not booked then it will be a great betrayal, Srivastava.

Mehrunnisa Khan, national president of Women India Movement, an NGO which works for empowering women, said the Alwar case should be made an example by giving exemplary punishment should be meted out to these “animals who are roaming freely in the society”. Khan, who had visited the victim and her family, told India Legal that scene outside her house looked as if a death had occurred in the family. The dazed and shocked family members of the victim were sitting in a tent outside the house like a bereaved family to receive condolences.

Like Srivastava, Khan is also of the view that only punitive measures are needed to eradicate this menace from the society. “The SP and SHO concerned must also be booked and the state administration should ensure that the accused are not granted bail.”

Former Rajasthan Director General of Police Omendra Bhardwaj is of the view that such incidents will keep recurring unless police are made more professional and politicians and superiors stop micro-managing it.

On the question of police being insensitive to such matters, Bhardwaj told India Legal: “It is not case of being sensitive or insensitive. The fact of the matter is that a police officer is not allowed to work professionally because of money and political interference. As in the Alwar case, the SHO refused to register the case. Let’s assume that there was no political interference and he did not register the case because of his own volition. By this he denied the citizen the legal benefits mandated by law because he thinks he can get away with it because of money and political power.”

He added that taking SP and SHO to task is the not solution because a number of SPs have been charge-sheeted and suspended across the country but this has not stopped such incidents taking place.

Bhardwaj said the biggest bane is the political interference. “Police should be given more resources and allowed to work without political micro-managing.” When asked how to make the middle level police like SHO or a sub-inspector accountable, who wields immense power, Bhardwaj said half of things which a SHO does are illegal but he knows that his political masters will save him. “Sadly, the political masters are also very happy with this cosy relationship. This is the reason why the home minister always directly talks to a SHO because he knows that senior police officers like DGP have the courage to refuse to implement a patently illegal order but a SHO does not have courage to say no to such orders.”

On the issue of making a SHO or sub-inspector more accountable, Bhardwaj said he should be accountable to law which does not mean micro-managing. “Making example out of Alwar SP and SHO will lead to nowhere unless the police are given more resources, made more professional and allowed to work without political micro-managing, he said.

However, in this entire debate on the role of police, one aspect that is not discussed is the role of the society.

Ruchir Sodani, a counsellor at a private hospital, says such crimes were there always. Now, the only change is that these things are being reported but it is just 10 per cent as still a large number of cases go unreported.

Sodani says: “We are living in an “aspirational and consumer-driven India” where everybody wants to ‘get there’ or have things, which earlier were not available and local folks never thought of possessing them. Now, they are available from mobiles to electronic goods to automobiles. So, somewhere these aspirations can lead to frustration, which is manifested in violence and crime, especially by unemployed youth.”

On the issue of insensitivity of the general public which is sharing the clips of that unfortunate incident and making comments that the victim looked comfortable or did not resist enough, Sodani said: “This is what we call compassion or empathy fatigue. We daily see and read about these issues through television and newspapers and after sometime we fail to realise or comprehend the magnitude of the problem and lose any hope of optimism. That is why the common refrain is ‘oh these things keep happening and will continue to happen. What can we do?'”

As far as people getting vicarious pleasure by watching and sharing clips of the rape, both Srivastava and Sodani say internet and cheap mobile phones have given pornography access to all.