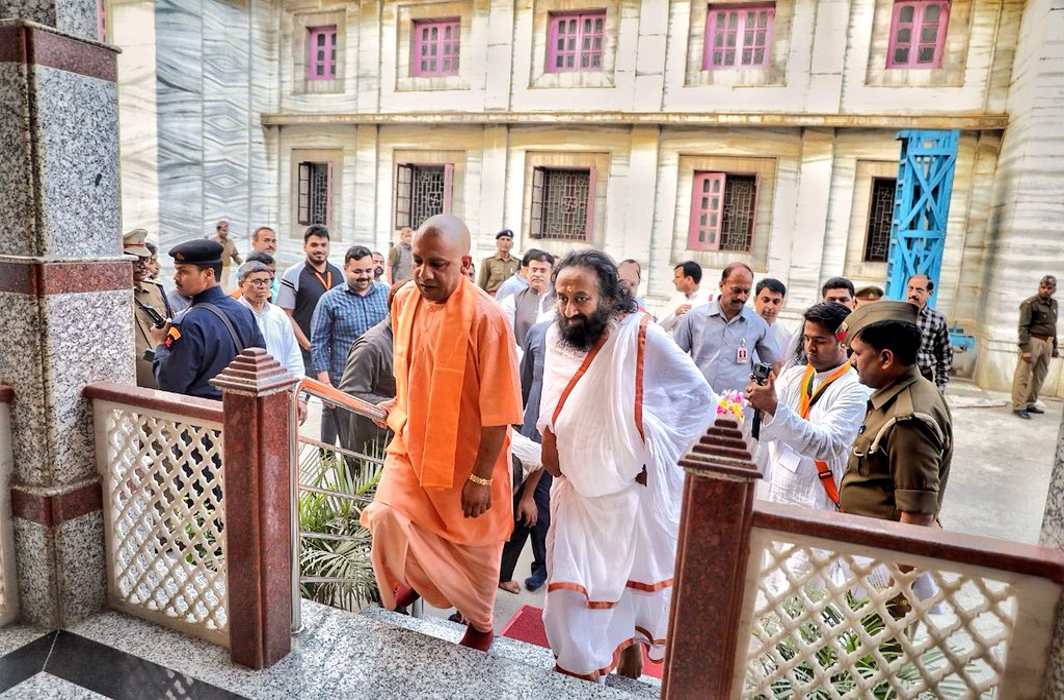 Spiritual leader Sri Sri Ravi Shankar was meant to be mediating in the complicated and politically sensitive Ayodhya issue even as the case is still in the Supreme Court. Instead, he has sparked off another needless controversy

~By Govind Raju in Lucknow

Spiritual leaders are meant to provide a healing touch to matters they get involved in. Sri Sri Ravi Shankar, the founder of the Art of Living Foundation, has done exactly the opposite while supposedly mediating between the sides involved in the decade-long dispute at Ayodhya. Instead of cooling the embers, he only added fuel to the fire by questioning the role of the Supreme Court in the dispute. This even as the apex court was hearing the case.

Sri Sri stated that he believes the final judgement of the Supreme Court was incapable of resolving the dispute. He added that it would instead create ‘’Syria like conditions’’ here as whichever side loses will end up feeling cheated and deprived. This he believes will lead to people losing confidence in the institution and further catalyse violence and possible acts of aggression. Such controversial statements in a series of media interviews point towards an even more serious issue of contempt of court and questioning the decisions of the court even before the hearings are complete.

“Will the people happily accept the fact if the court decides that this place is a mosque? It will be a bitter pill to swallow for people who have been on the other side in this 500-year-old dispute. It will just lead to more bad blood. If the Court delivers judgment in favour of the temple, the Muslim majority will feel defeated. They might lose their trust in the judiciary, possibly moving towards extremism.’’, Ravi Shankar claimed.

He then, in the name of negotiation, visited Lucknow to carry on the dialogue, which included a meeting with chief minister Yogi Adityanath. The chief minister stayed away from discussing the Ayodhya issue with him. However, Sri Sri seemed determined to stay in the news. During the visit, he met a lot of controversial individuals, none of whom were connected to the sides involved in negotiating the dispute. Maulana Salman Nadvi, then part of the All India Muslim Personnel Law Board, lost his membership as a result of his meeting with Sri Sri. Later, Sri Sri’s host at Lucknow, Amarnath Mishra, claimed that Nadvi had demanded Rs 5,000 crore in exchange for a peaceful resolution. This allegation created further ripples and Sri Sri was ridiculed for his frivolous attempts at negotiating peace.

In an attempt to dodge controversy, Sri Sri only made matters worse by predicting Syria like conditions in India, further raising questions about his self-anointed sainthood. All-India Akhara Council Chairman, Narendra Giri and the Vishwa Hindu Parishad openly criticised his views, while several Muslim personnel bodies threatened to lodge an FIR against Sri Sri, on the grounds that such statements are defamatory and may mislead the Muslim population.

What Sri Sri failed to realise is that the hearing in the Supreme Court is about the ownership of that land and not about the construction of Ram Mandir. The Supreme Court has publicly stated that it will proceed on the basis of pure facts and the judgment has no place for feelings or beliefs.

The spiritual leader is not new to controversies. In March 2016, the National Green Tribunal had imposed a hefty fine of five crore rupees on his Art of Living Foundation for environmental damages on the Yamuna bank where it had organised the World Cultural Festival. The tribunal’s report mentioned that the environment there was so heavily damaged that it could not be compensated for.

Commenting on farmer suicides last April, Sri Sri had mentioned that lack of spirituality in farmers is a big reason for their suicides. He had even questioned the Nobel Peace Prize being awarded to Pakistani school girl, Malala Yousafzai, claiming she had done nothing actionable to achieve the honour. A few years ago, during a Pakistan tour, he even promised to undertake peaceful conversion of Talibani militants and other affiliated terrorists.

In spite of all these controversies, Sri Sri seems perpetually in search of headlines, and the hype surrounding his spiritual and peace-making qualifications is quite elaborate. The Art of Living Foundation’s website introduces its founder Sri Sri Ravi Shankar, also referred to as Gurudev, and claims he has “played vital roles in peace negotiations globally. From Kashmir, Assam, and Bihar in India, to Colombia, Kosovo, Iraq and Syria, and Cote d’Ivoire, his programs have had documented impact on people involved in armed conflict to pursue the path of peace”. It endorses him and his programmes for rehabilitating prisoners, mobilising trauma and disaster relief, empowering marginalised and underprivileged communities and protecting the environment, all this while proclaiming that the foundation runs its courses in 150-plus countries.

Whatever the real truth, by clouding the Ayodhya issue with his statements, the Art of Living seems to have edged closer to the Art of Dividing.