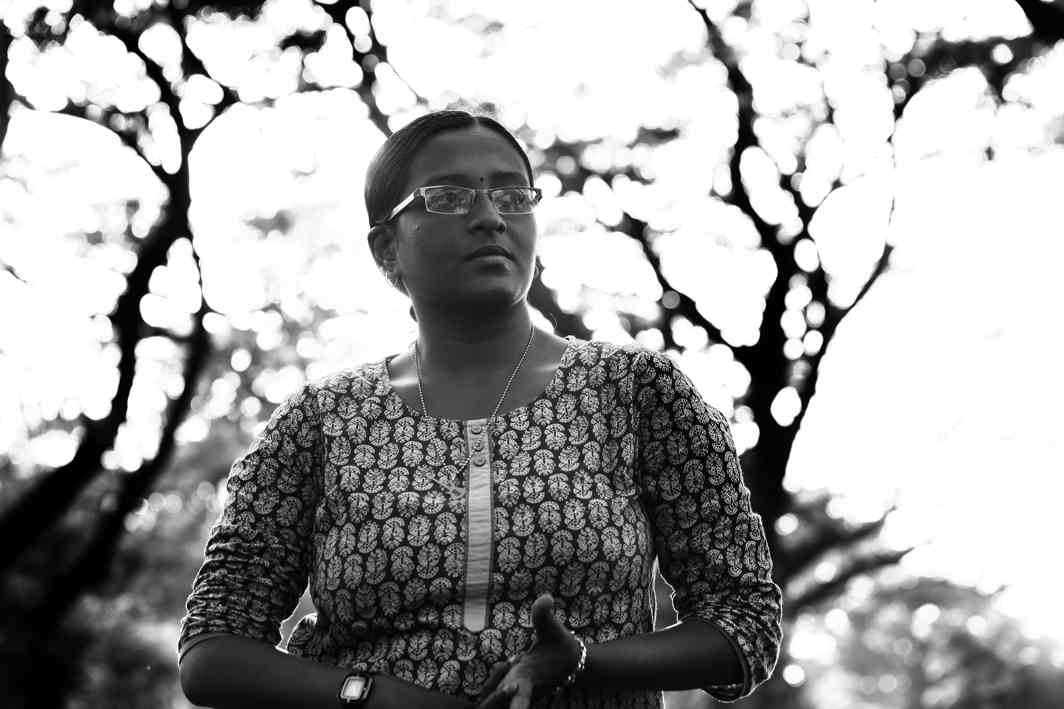 For the past year, a 27-year-old Madurai-based lawyer, K Divya Bharathi, has been virtually hounded by the state police. The reason lies in her documentaries about the suffering of people, mainly scavengers, and how both the state and central governments were lethargic regarding the relief work undertaken during Cyclone Ockhi in Kanyakumari in December 2017.

Though Bharathi is a law graduate, her main interest is making documentaries on the problems of scavengers, people living in the coastal areas of Tamil Nadu and other downtrodden sections in the state. She has made two documentaries—one in 2017 and one this year, which will be ready for release soon. While the first one focused on the suffering and death of manual scavengers, the second, Orutharum Varela (No One Has Come), was about the relief work after Cyclone Ockhi. It is this one that has spawned the present controversial situation.

In a telephonic interview with India Legal, Bharathi said: “We have done this documentary in a detailed manner. But we still need two to three weeks to complete it. I released a teaser of Orutharum Varela on YouTube on June 28. On July 3, plainclothes police came to my home in Madurai and started enquiring about my documentary from my parents. I was not at home then.”

After July 3, a complaint was lodged by an inspector of Koodalur (a small town in Udhagamandalam or Ooty district) police station in his own police station, said Bharathi, though she was unable to find details of the FIR and how many people it was filed against. Robert Chandra Kumar, Bharathi’s lawyer, told India Legal: “We immediately approached the Madurai Bench of the Madras High Court for anticipatory bail and the Court directed the police not to arrest her till July 16. It also advised us to approach Madras High Court as the Madurai Bench does not have jurisdiction over Udhagamandalam district.” The Madurai Bench, incidentally, has control over only 13 districts in Tamil Nadu, Udhagamandalam is not one of them.

Kumar said they would approach the Madras High Court soon and hope to get anticipatory bail.

Bharathi’s first documentary Kakoose (Toilet), dealt with the sufferings of manual scavengers and how it was continuing even after the enactment of the Prohibition of Employment as Manual Scavengers and their Rehabilitation Act 2013. “Though manual scavenging is banned, it continues unabated in several places in Tamil Nadu. So I decided to create awareness among people about it. I made a 110-minute documentary on how scavengers were forced to undertake this work, how some of them had got killed, how their families were suffering, etc. I shot the film in 25 districts of Tamil Nadu,” said Bharathi.

She added: “The Madurai police registered a case against me on the basis of a complaint by a person named, Baskar Maduram, who is a member of Puthia Tamizhagam (PT), a Dalit political party, which mainly represents the Pallar community. Though there are different communities among Dalits in Tamil Nadu, the two main ones are Pallar and Paraiyar. The complainant said I had denigrated the Pallar community and demanded police action against me.”

In addition, Bharathi criticised the lackadaisical attitude of governments in carrying out relief work during Cyclone Ockhi. “The bottomline of the issue is that both the central and the state governments want to give as much coastal area as possible to corporates for various ventures. But relocating people living in these areas is not easy. And the lackadaisical attitude of the governments was evident during Ockhi,” Bharathi claimed.

Observers say that the attitude of the Tamil Nadu government in Bharathi’s case is not an isolated one. They allege that freedom of expression has been systematically curtailed in the state for the past seven years.

Azhi Senthilnathan, a political analyst and writer, said: “You have to look at this issue holistically. In May 2011, the AIADMK came to power. From 2011 to 2016, over 120 defamation cases were filed by Jayalalithaa and her council of ministers against several media houses, journalists and Opposition leaders. Jayalalithaa herself filed over 20 of the cases. Even a 50-year-old street singer, Kovan, who made fun of Jayalalithaa by singing a song criticising how she was promoting liquor sales in the state, was arrested on sedition charges and released. So the case against Bharathi has to be seen against this background.”

With the Lok Sabha polls nearing, the ruling AIADMK is courting trouble by hounding individuals who are exposing its failures.