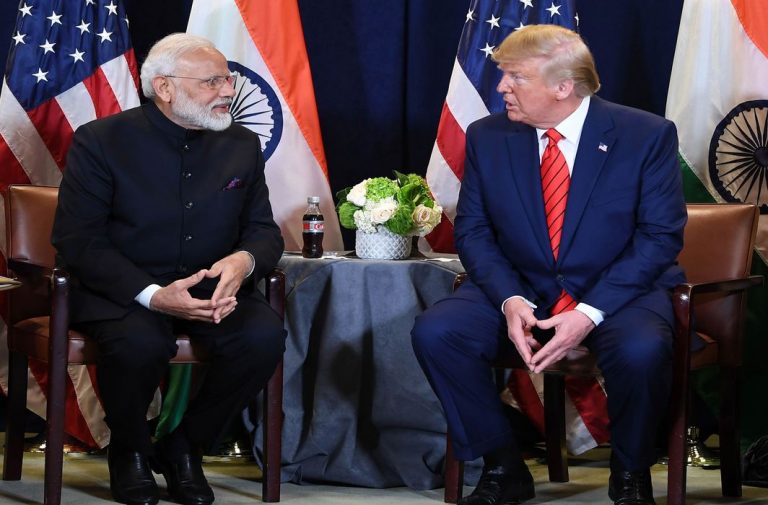 India is on the back foot over a number of issues that the Modi government has been pushing in its second term in office. Foremost among them are the decision to amend the 1955 Citizenship Act, which has been criticised by the influential US House Foreign Affairs Committee, and abrogation of Article 370. The Citizenship (Amendment) Bill (CAB) has caused an uproar with the international community ringing alarm bells over making religion the basis of granting citizenship. For a secular, democratic nation like India, this is a huge step backwards, according to liberals in India and abroad. Add to this the decision to update the National Register of Citizens (NRC) in Assam and to replicate this across the country and a potent potion is being brewed by the government.

In a recent statement released by the US State Department on the new citizenship law, the Donald Trump administration requested the Narendra Modi government to protect the rights of the religious minorities in India according to its “Constitution and democratic values”. The statement said that respect for religious freedom and equal treatment under the law “are fundamental principles of our two democracies”.

The latest criticism is significant considering that the relationship between India and US were on an upward trajectory. “Religious pluralism is central to the foundations of both India and the United States and is one of our core shared values. Any religious test for citizenship undermines this most basic democratic tenet,’’ the US House Foreign Affairs Committee had said in a statement. This Committee is a bipartisan panel and plays an important role in foreign policy. Delhi has so far not reacted to the statement. The US Commission on International Religious Freedom (USCIRF) went a step further. It said that the attempt to change the basis of citizenship in India is a “dangerous turn in the wrong direction”. USCIRF had said that if CAB was passed, it would seek to sanction Union Home Minister Amit Shah, the prime mover of the Bill. USCIRF is the same panel that ensured that Narendra Modi was not allowed to set foot on US soil following the 2002 Gujarat riots when he was chief minister. It was much later, in fact just before the 2014 elections, that these restrictions were removed by the US.

USCIRF’s demand is unlikely to be conceded by US President Donald Trump. USCIRF, a bipartisan federal government entity, was established by the US Congress and reports on threats to religious freedom in countries across the world. It makes recommendations to the president, secretary of state and the Congress. The external affairs ministry reacted sharply to USCIRF’s criticism, dubbing it “neither accurate nor warranted”. Its spokesman, Raveesh Kumar, further said: “The position articulated by USCIRF is not surprising given its past record. It is, however, regrettable that the body has chosen to be guided only by its prejudices and biases on a matter on which it clearly has little knowledge and no locus standi.”

As regards abrogation of Article 370 and the division of Kashmir into two UTs, while only Pakistan and China have protested, restrictions on communication and movement in the Valley are of concern to the world. Human rights violations in Kashmir and elsewhere in India are now a talking point. The government has maintained that scrapping of Kashmir’s special status is a historical wrong which is being corrected. Kashmir, the external affairs ministry repeatedly says, is an internal matter.

Earlier in the week, Pramila Jayapal, an Indian American Congresswoman, introduced a Congressional resolution to end restrictions on communications in Kashmir as fast as possible. She advocated the importance of preserving religious freedom for all residents. The resolution was introduced in the US House of Representatives recently. Republican Congressman Steve Watkins from Kansas
co-sponsored it. It is unlikely that a resolution like this will persuade the Indian government to lift curbs in the Valley considering most Indians have overwhelmingly supported the abrogation.

It is not just US lawmakers who have expressed concern over the recent developments. EU ambassador to India Ugo Astuto said: “We are concerned about the situation in Kashmir…It is important to restore freedom of movement and normalcy in Kashmir.” He clarified that the October visit of a group of right-wing Members of the European Parliament (MEPs) to the Valley was not “an expression of EU policy decision”. The group was invited to Srinagar as guests of an NGO and was flown first class and put up in five-star luxury. They had a meeting with Modi. The MEPs naturally gave the Indian government a clean chit on Kashmir. On the Citizenship Bill, Astuto hoped that the principle of equality which is at the core of the Indian Constitution “will be upheld”.

International concern over these issues is growing, and Indian diplomats are working overtime to explain the government’s position on all of them. Though administrations have not publicly voiced their concern, be it Trump, British Prime Minister Boris Johnson, France’s Emmanuel Macron or Germany’s Angela Merkel, perhaps they are being raised behind closed doors. Trump, facing impeachment charges at home, has his hands full. But the Europeans, with their strong views on human rights, would certainly be concerned and speak to the Indian government privately on these issues.

But can foreign criticism make a difference to the Modi government? Unlikely. Though the House Foreign Affairs Committee is influential, it cannot force Trump to take action. So long as Trump continues to support Modi for strategic considerations (to balance China’s growing power in Asia), Delhi will not be bothered. In a world which is turning right-wing, India will likely not be affected by any kind of sanctions or harsh public statements from the White House. Unless the Christian right in the US, which is part of Trump’s base, demands action, not much will change.

The danger, however, is the economy. If India’s economy does not revive, foreign investors will have little interest here. A sinking economy followed by social upheaval is a recipe for disaster. Another danger that the international community, especially the Europeans, will not brook would be the creation of lakhs of non-citizens in the country. This is exactly what will happen once the NRC is replicated across India. What happens to those dubbed foreigners? Will they forever be consigned to living in prison? This large section of non-citizens, without any political rights will be the target of majoritarian anger whenever the mood sets in. Can the world afford a new set of non-citizens, considering the plight of the Rohingyas in Myanmar? These are questions that the government needs to think through before announcing populist schemes like extending the NRC across India. If it goes ahead with this scheme, Delhi will expose itself to scathing criticism worldwide. Sanctions from at least some of the European nations will follow.