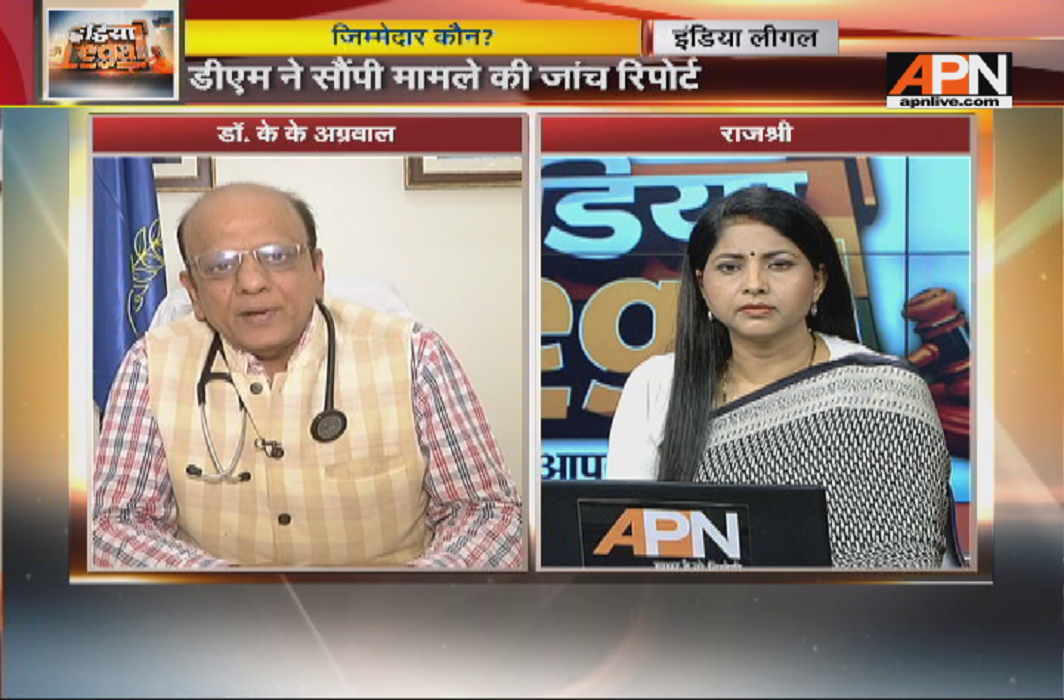 The latest edition of the India Legal show discussed the present medical negligence scenario in India and who should be held responsible in cases such as the one which happened at BRD medical college (Gorakhpur) in which several children died due to paucity of oxygen.

The show was anchored by APN’s Editor-in-Chief, Rajshri Rai. The show’s panellists included:

Rai started the debate by asking Saxena. “Shouldn’t this BRD Medical college incident be seen as an act of medical negligence?” asked Rai.

Saxena replied: “Only doctors aren’t responsible for this problem, but the administration too is, because the doctors work in a very watertight situation. They never get to work independently. The medicines that they prescribe are the ones that would be available in the hospital. There is very little discretion that they can exercise.”

Hansariya continued: “Since patients deal with doctors directly therefore they hold the doctors responsible, but I think doctors do their best. But when means are unavailable then doctors cannot help it as happened in the Gorakhpur case where the doctors couldn’t help the patients as they were out of cylinders. As per the law the court says that the hospital is primarily responsible for cases of medical negligence.”

Siddiqui was asked if the hospitals lack facilities, how doctors can be held responsible. Siddiqui put it succinctly: “We have to understand that the doctors who are working there are working under what conditions. Until and unless gross negligence happens, you cannot put blame on the doctors. You have to ask what the administration is doing. When vaccination is available for encephalitis then why don’t we opt for mass vaccination? It is definitely the work of the administration, to create the fund, to conduct vaccination, to stop overcrowding, sanitation is to be taken care by them and they have to ensure that there is proper system for procurement and payment.”

“All over the country where there is government setup the condition is the same. Somebody is not getting paid for the medicines or the cylinders and under public private partnership the doctors are not being paid. When you won’t pay money definitely there will come a time when the person will not be able to deliver. So wherever there is administrative negligence the government is responsible. Whenever there is enquiry it should be searched why people aren’t being paid for months. Is there a shortage of funds and if there are funds then why isn’t properly allocated.”

Here are some bytes of the panellists: