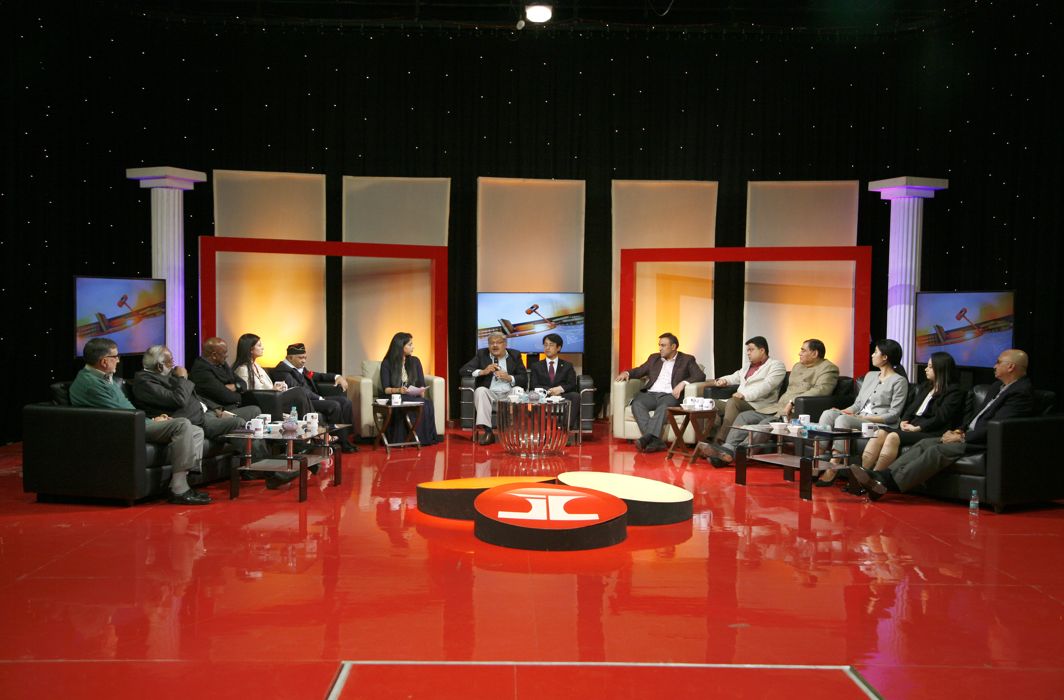 With the start of the Winter Olympics 2018 at Pyeongchang County, South Korea, the signals have been about peace with North Korea and beyond. The country has been a leading advocate for world peace, and Heavenly Culture, World Peace, Restoration of Light (HWPL), a non-profit organisation in South Korea is playing an important role in this. Founded by Lee Man-hee in 2013, the organisation works for education and peace activities all around the world.

It is working with different sections of society to bring in an international law to eradicate the structural causes of conflicts.

Most of the discussions were around the use of arms and how terrorism and religious extremism have flourished due to the supply of arms.

John Dayal applauded South Korea’s efforts in being able to start a dialogue between two nations who were at the brink of nuclear confrontation. He said if it is possible for two warring nations to field a common Olympic team, world peace is achievable. “Ultimately, the problem starts with the militarisation of religion and mixing up of religion with nationalism. Armies of religion from the Crusades to the most recent ones have become instruments of destruction. How do we capture ethnic armies and religious armies? WWI led to the formation of the League of Nations but it couldn’t control it. WWI created the UN with a charter of human rights and violations which couldn’t control it too. We have not been able to demilitarise religion, which I think is very important at the moment,” he said when asked if religion was the cause of growing violence.

Choi Jung-Min also recognised religious extremism as one of the main causes of violence all around the world. He said: “Achieving peace requires participation from all humanity. HWPL is trying to amend international law to prevent conflict and attain cultural peace. HWPL has drafted a Declaration of Peace and Cessation of War to propose enactment of an international law for peace through international cooperation, respect on international law, religious/ethnic freedom and spreading a culture of peace. It is being translated as a resolution form and we urge all to support it to be adopted by the General Assembly of the United Nation. Harmony among different religions is one of our main initiatives. Man-hee Lee had said harmony between religions is crucial in achieving peace. The true teaching of every religion is peace.”

Kamal Haq talked about how religious extremism spread in Kashmir. He said: “Kashmir before 1990 was a heaven, literally. It had perhaps the best health services in the country, perhaps the best public distribution service in the country, the best government education system in the country; education up to the level of post-graduation was free and doctors and engineers could be made free of cost. It was a place where communication was not an issue, where no one was living in rented houses, everybody had their own house and not a single soul was roofless.

Maj Gen (retd) Shashi Asthana too agreed with this. He noted that the US’ interventions in the Middle East were not sanctioned by the UN but they were able to go ahead with their military operations as they had power. He said that the US, being an all-powerful country, has influenced the UN too with money.

While most of the panellists said that to stop wars we must stop the manufacture of arms first, BN Nanda gave a different perspective. He said: “The economy plays a major role in deciding when you can have peace. Look at what happened in Germany in World War II. When the country becomes economically very powerful, it has huge aspirations. They want to reclaim their position in the world and as a result, they become aggressors. That is what Hitler did. Unless we remove poverty and inequality, we will never have lasting peace. Every time there is an internal problem in Pakistan, it attacks India. They are diverting the attention of the world from their problems of poverty and lack of development. They want to appeal to mass euphoria that since they are taking on India, which is a powerful country, they are a powerful country too. I don’t think even their military can match our strength. Economic growth, war and peace are intertwined.” He added that India will play a big role in world peace if it can solve internal issues and assert its position as a messenger of peace.