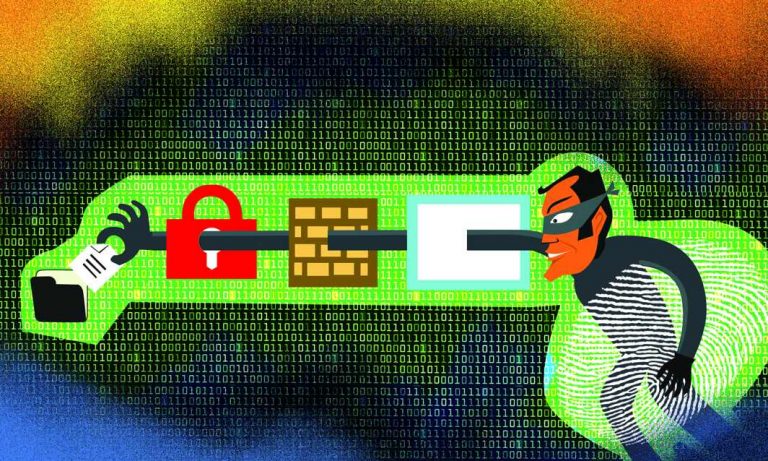 Above: Not enough priority is being accorded to cyber crime, the global cost of which will cross $6 trillion by 2021. Illustration: Anthony Lawrence

Though no ministry wants to tackle this crime on a full-time basis, a dedicated task force is the need of the hour, as by 2021, the global cost of it will be over $6 trillion

Ever since the internet came to India in August 1995, the country has seen a massive transformation. A nation that was, by and large, not part of the digital highway, saw a mobile revolution which led to the promotion and rapid adoption of the web. But this also led to cyber crimes growing at a fast pace. However, there are no figures to collaborate this, primarily because of under-reporting of these crimes. The figures that are available hardly give a picture of the reality.

A few years back, a survey found out that for every 500 instances of cyber crime in India, only 50 were reported to the police and out of these, just one was registered as an FIR. These are conservative figures. Today, cyber crime has pervaded all areas of activity. It has become such a huge problem for the world and India in particular that it is time for the government to sit up and take notice of it.

The costs of cyber crime are phenomenal. It is projected that by 2021, the global cost of this crime will be more than $6 trillion. Increasingly, cyber criminals are targeting India for its strategic position and also for its large market base. And they are finding new mechanisms to target Indian networks, critical information infrastructure, corporate databases and even biometric information.

Recent cases should be a pointer in this regard. Whether it was the bank debit card fraud or more than 14 lakh Aadhaar numbers and bank details being leaked from a Jharkhand government website or the recent Reliance Jio data leak which reportedly affected more than 100 million users, cyber crimes are going up by the day.

The lack of effective remedies against cyber crime has further disillusioned the victims and internet users. The fact that the police gives a step-motherly treatment for registration, detection, investigation and prosecution of cyber crimes, further complicates the scenario.

In this context, it is high time India comes up with a dedicated ministry on cyber crime. In fact, it was only recently that a member of a parliamentary panel demanded the creation of such a ministry on the lines of the Department of Homeland Security created in the US post-9/11. The said ministry needs to implement effective strategies for detection, investigation, prosecution and conviction of cyber crimes in the country. It is imperative that India comes up with special courts too to deal with cyber crimes so as to provide an efficacious remedy for victims of cyber crime.

A few years ago, a survey found out that for every 500 instances of cyber crime, only 50 were reported to the police and only one was registered as an FIR.

Given the fact that many cyber crimes originate abroad, India requires one nodal agency that can constantly interact with other law enforcement agencies, legal entities and service providers across the world to get relevant information for investigation and prosecution of cyber crimes.

Currently in India, cyber crime is treated as an unwanted baby. No ministry is ready to take on the challenge of fighting cyber crime on a full-time basis. But a dedicated task force has to be given the responsibility of fighting it. Not only will this help secure the cyber ecosystem, but it will indirectly promote and implement Digital India.

As more and more Indians started using the internet, many became victims of cyber crimes. While demonetisation was a historical event, events since then have shown an increase in cyber crimes. This has again necessitated an out-of-the-box approach to tackle them.

The recent WannaCry ransonware and Petya malware attacks (the jury is still out on that) had their impact on India, though it was grossly under-reported. Cyber crimes such as these should act as wake-up calls for the government to come up with new approaches to fight it. In this regard, a separate ministry would help strengthen the hands of the government.

Currently, not enough priority, importance or significance is being given to the potential nuisance value, loss to the exchequer and ultimate impact on the GDP due to cyber crime. These criminals are far ahead of law enforcement agencies in terms of their deftness in committing these crimes. Therefore, a dedicated ministry which not only focuses on tackling cyber crime, but also on increasing awareness among stakeholders, be it law enforcement agencies or the judiciary, would greatly help in strengthening India’s hands.

There is no other option. India is going digital and cyber crimes are an integral element of this basket. The quicker the government wakes up to the need for having a dedicated ministry on cyber crime, the better it will be for strengthening India as a digital nation in the coming times.

—The writer is an advocate in the Supreme Court and
is a leading expert on cyber law, cyber security law
and mobile law. He is the author of the book
Cyberlaw—The Indian Perspective