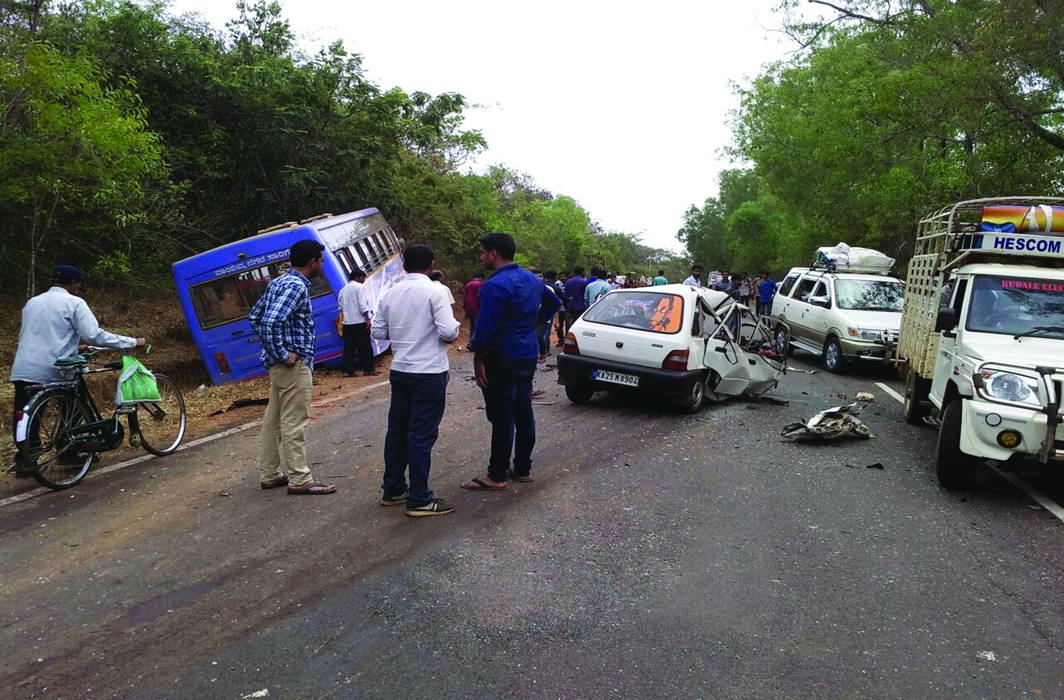 Above: Fear of getting embroiled in long civil of criminal cases keeps people away from coming to the aid of accident victims

Reports of people merely standing around as bystanders or worse, taking pictures, instead of coming to the aid of road accident victims are a daily affair in the media in India. Often, it is the fear of getting embroiled in civil or criminal liabilities that keeps them from offering a helping hand, while at other times, it is plain apathy, as happened in Saharanpur, Uttar Pradesh, earlier this year, when three policemen who arrived in response to an emergency call refused to take two boys to hospital as they didn’t want any bloodstains on their patrol vehicle.

Not anymore, at least in Karnataka, which has now become the first Good Samaritan state in the country as President Ramnath Kovind last week gave his assent to a bill that is aimed at encouraging citizens to rush medical aid to help victims of road traffic accidents without the unnecessary fear of making the rounds of police stations and the court halls. The bill will also make it mandatory for private and government hospitals to provide medical care as soon as the victims are brought there.

The Karnataka Good Samaritan and Medical Professional (Protection and Regulation during Emergency Situations) Bill, 2016, was piloted by current Assembly Speaker Ramesh Kumar when he was the health minister in the 2016 assembly session. “The whole objective was to save lives within the golden hour and reduce the incidents of accidental deaths,” says a senior government health official who was part of the exercise to draft the Bill.

The persons who are on the spot at the time of the accident can play a key role in rushing victims to the nearest medical centre but they have fears of harassment by police or legal proceedings. “We hear sad stories from victims who say they are lying on the road with loss of blood because onlookers do not volunteer to assist them and by­standers simply watch,” says Dr Naveen Thomas, director of the Bangalore Baptist Hospital, a mission hospital located on National Highway 4 in the Hebbal area which sees a large number of road traffic accident cases. “This legislation is a citizen-friendly move and the government has to be commended for fast-tracking it. Now they have to create awareness about this especially among the police and the citizens so that it becomes actionable on the ground. Good Samaritans have to be treated like VIPs.” The Bill provides protection of Good Samaritans and medical professionals against civil and criminal liabilities by establishing a supporting legal environment and sufficient resources. It also spells out the obligations of hospitals and clinics.

In medical terms, the golden hour is a matter of life and death—the first hour after a traumatic injury when emergency treatment is very crucial.  Those first few crucial minutes can save lives if critical medical care is given. India does not have a comprehensive Emergency Medical Services system like in the West. Only a few private hospitals have ambulances that are equipped with cardiac resuscitation equipment that is crucial in dispensing emergency medical care.

From a legal point of view, the legislation was in pursuance of the directions of the Supreme Court in S Rajshekharan vs Union of India WP (Civil) 295/2012 and Save Life Foundation vs Union of India WP (Civil) 235/2012 and Pt Paramanand Katara vs Union of India & Others (1989) 4 SCC 286. Accordingly, the Karnataka Good Samaritan and Medical Professional (Protection and Regulation during Emergency Situa­tions) Bill, 2016, was introduced in the Karnataka Legislative Assembly on November 30, 2016, and was passed on December 1, 2016, and then passed in the legislative council the next day.

The subject matter of the Bill falls under entries 1, 2 and 6 of List II and entries 25 and 26 of list III of the Seventh Schedule of the Const­i­tution of India. The state legislature is competent to enact the proposed measure. Clauses 3, 4, 5, 9 and 13 of the said bill are repugnant to Chapters XII, XXIII and XXIV of the Code of Cri­m­i­nal Procedure Act, 1973 (Central Act 2 of 1974), which is a central legislation. Therefore, the Bill had to get the president’s nod as required under clause (2) of Article 254 of the Constitution of In­dia. The state governor had also en­dor­sed it. The apex court gave force of law to the guidelines and standard operating procedures issued by the ministry of road transport and highways.  “Giving legal protection to volunteers is the first step to reduce the number of fatalities in the country,” says a civic volunteer, Sarala Kumari, from Yelahanka, close to national highways. “Those who know the system or know the top officials in the government may not be afraid to render help in emergencies but a majority really get scared. The government must use all the media to popularise the legal protection.”

A Good Samaritan Fund is also proposed to be created where the government will pitch in with money to help these road accident saviours in case attendance at courts is mandatory. “By and large there needs to be complete coordination at the ground level because the first person to rush to the accident scene is the policeman and he is bound by the courts to follow the procedures,” says RP Sharma, additional director general of police. “We must make this a win-win for all and reduce the number of deaths on the roads, that is the ultimate goal.”

For the medical community also, the Bill is a step in the right direction. As leading surgeon Dr Paul Salins says, “In these times when fear and indifference are on the rise, our government’s lead in fostering compassion and sensitivity is immensely reassuring to all of us.”

India has the dubious distinction of recording the highest number of road traffic deaths every year—about 1.5 lakh lives lost, the equivalent of a fully loaded jumbo jet crashing every day and all passengers losing their lives! In its 201st report, the Law Commission of India had remarked that almost 50 percent of the deaths could have been avoided if the victims were provided medical assistance within the golden hour—within minutes of the mishap on the road. And in Karnataka alone, nearly 9,000 people lose their lives on the roads. It is among the top five states in road accident deaths. Former Chief Minister Siddaramaiah, who gets the credit for pushing the Bill in his Cabinet, hopes that other states will follow Karnataka for the sake of saving lives. “There is no politics there, only saving lives,” he says. For the time being, however, Karnataka has taken the first step towards being a Good Samaritan.