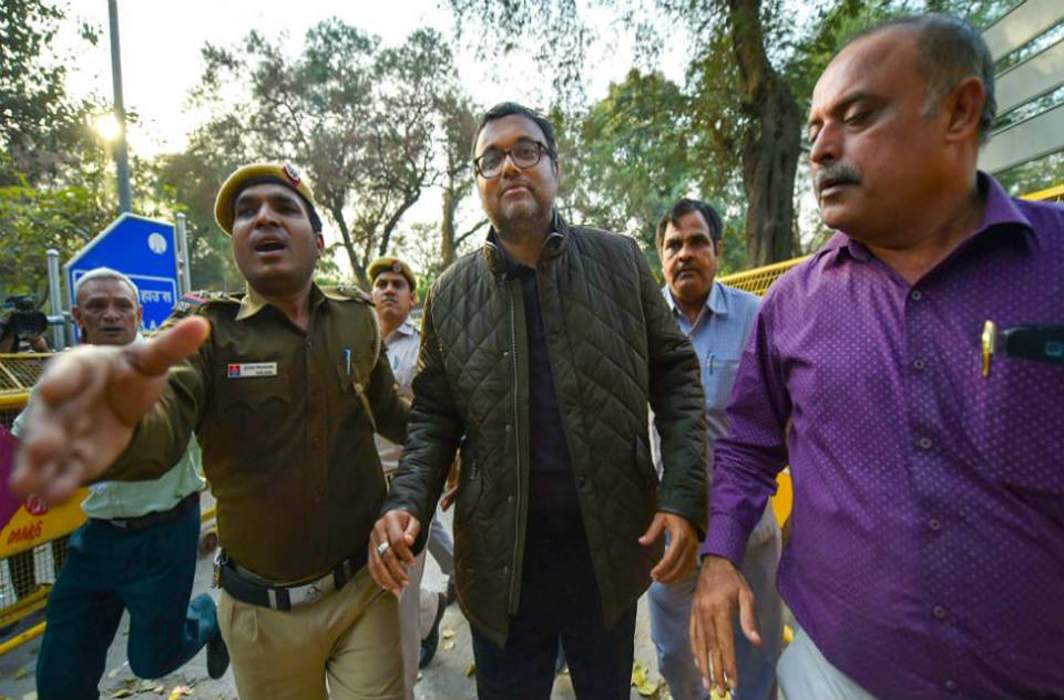 With the recent arrest of Karti Chidambaram, son of former finance minister P Chidambaram, the CBI seems to be playing into the hands of its political masters. Karti was arrested at Chennai airport on February 28 as soon as he deplaned from a London trip and was questioned at the airport itself. Ar­ound 8.45 am that day, he was arrested and flown to Delhi, where a duty magistrate at Patiala House Court allowed the CBI to hold him for a day. Karti then spent more than eight hours—from 11 pm to 7.30am—at Safdarjung Hospital for a medical examination.

On March 1, with Holi around the corner, the CBI sleuths were desperate to force Karti to spend the coming holidays in their custody. The Congress sent in senior advocate and spokesperson Abhisekh Manu Singhvi as Karti’s counsel in the absence of senior advocate Kapil Sibal, who was handling the case. The CBI requisitioned Additional Solicitor General Tushar Mehta’s service.

At the court of special CBI judge Sunil Rana, Mehta asked for a 14-day police remand for Karti. Judge Rana said in his order: “I am of the view that the police remand of accused Karti Chidambaram is necessary to confront the accused with the documents, and to unearth the larger conspiracy and role of other accused persons involved in the case.”

Along with Karti, the Enforcement Directorate (ED) also opposed the bail of his chartered accountant Bhaskar Raman. The agency said it wanted to sit the two together for questioning. The judge allowed the CBI to hold Karti till March 6 when the Supreme Court will hear his plea for anticipatory bail. The bail case of Raman will come up on March 7.

This arrest was not as sudden as it seems. The apex court on February 23 had refused to stay ED summons to Karti, asking him to appear before the agency on March 1. The Congress has cried foul, calling the arrest an act of political vendetta, while the BJP has said it has no role in the case.

The immediate allegation against Karti is that he received a bribe of Rs 10 lakh to help the Peter and Indrani Mukerjea-promoted INX Media Pvt Ltd get the required Foreign Investment Promotion Board (FIPB) clearance, using then finance minister Chidambaram’s influence. The FIR allegedly says that the “bribe” was paid by cheque to a company called Advantage Strategic Consulting Pvt Ltd which, as Congress spokesperson Randeep Singh Surjewala has maintained, has nothing to do with anybody in the Chidambaram family either as a shareholder, director or investor. Interestingly, the company has even mentioned this amount in its IT return as received from INX. While the FIR itself reportedly does not mention Karti as an accused, this “legal” transaction is being touted as a “bribe”, and that too given to people not associated with the company, the Congress says.

The party says that this was a desperate face-saving measure by the Narendra Modi government following its recent dip in credibility after various scamsters such as Lalit Modi, Vijay Mallya, Nirav Modi and Mehul Choksi fled the country, leaving behind massive unpaid loans. The Congress maintains that the FIPB clearance to INX was a collective decision by the Board and asks why the CBI is yet to question the chairman of FIPB or the six seniormost secretaries of the government who form the Board.

During the hearing of the case, Mehta upped the ante, saying: “Peter and Indrani Mukerjea have recorded statements that Karti Chidambaram demanded $1 million for getting the FIPB approval of Foreign Direct Investment for INX Media.” Mehta claimed that “the shares of Advantage Strategic were bequeathed to the daughter of Karti Chidambaram…”

Singhvi argued that not only had the CBI not sent any summons to Karti, all related documents were with the agency in this ten-year-old case. Secondly, he argued, Karti has already been summoned twice by the CBI and he had appeared before them, being grilled for 22 hours and hence, there was no question of non-cooperation. Third, he has always gone abroad with the express permission of the court, with his travel details also submitted to the court. And fourthly, he asked why Indrani Mukerjea’s statement, recorded under Section 164 of the CrPC, was being leaked to the media (regarding the $1 million claim)?

In a ten-year-old case, he asked what had suddenly happened in the last two weeks, or even in the last six months, to warrant an arrest? “No grounds or arrest have been furnished to him,” said the counsel. While not answering the question directly, Mehta said: “We have enough evidence and that is the reason why we have arrested Karti Chidambaram.”

According to reports, Indrani also seems to have given the investigating agencies invoices totalling $7,00,000 ( Rs 4.5 crore approximately) raised against monies paid to foreign entities (firms and people), allegedly to facilitate this deal and linked to Karti. This has been placed against Karti’s affidavit in the Supreme Court, in which he has said that he does not have undisclosed properties abroad and never held any bank account abroad except when he was a student in the US.

It is being said that Karti’s arrest is but a precursor to the ultimate arrest of P Chidambaram himself, a big thorn in the side of the NDA government. This is just a testing of the waters by the Modi government, it is being said, and with the 2019 elections nearing, and its credibility taking a hit, even this “minor victory” will be drummed up to create more support.