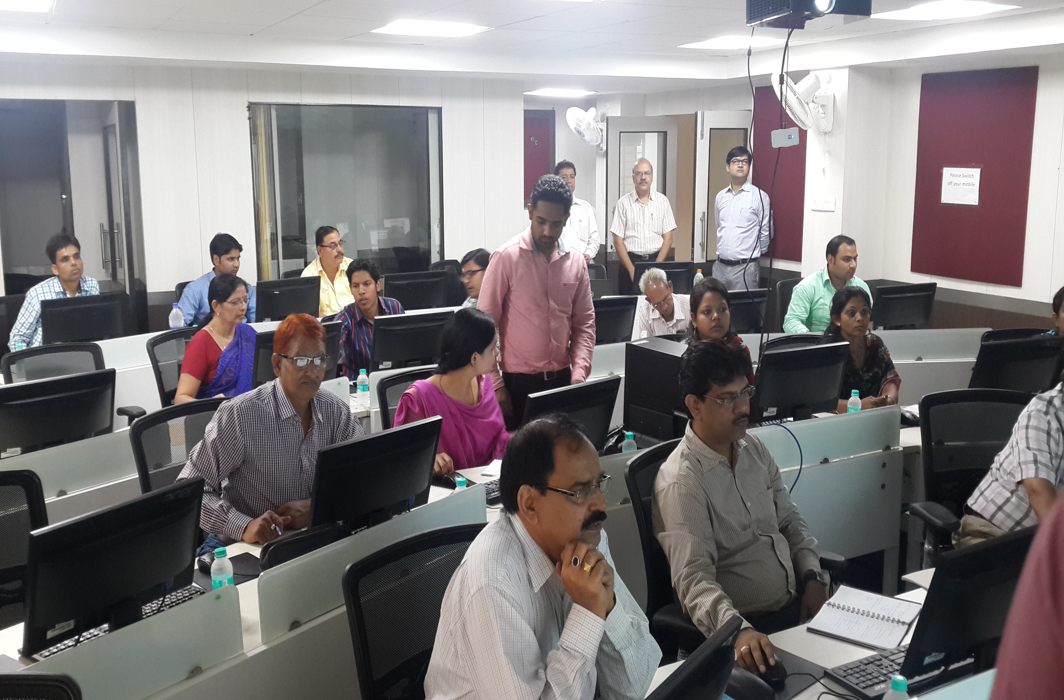 Above: Employees of the department of registration and stamps, MP government/Photo: mpigr.gov.in

The chief minister has increased the retirement age of state government employees from 60 to 62 as this will save the exchequer Rs 7,200 crore and could benefit him in the November assembly polls

Over six lakh Madhya Pradesh government employees owe an extension in their retirement age from 60 to 62 to the Supreme Court’s delay in pronouncing a verdict on whether reservation in promotion for Scheduled Caste/Scheduled Tribe employees should continue. Rumours are also afloat that the central government is considering an increase in the retirement age of its 48 lakh employees. However, Minister of State for Personnel Jitendra Singh clarified on March 16 in the Lok Sabha that there was no such plan. A question on the proposal was raised by Banshilal Mahto in the Lok Sabha.

Chief Minister Shivraj Singh Chouhan on March 30 announced the raising of the retirement age, saying that a large number of state government employees were unable to get promotions because of a case on reservation in promotions pending in the Supreme Court.

The next day, the state government issued an ordinance to this effect. If the Court verdict had come, it would have paved the way for promotion for only 33,000 employees. But due to its delay, 6.15 lakh staff have benefitted, which includes 4.35 lakh employees of the state government and 1.35 lakh of semi-government organisations, local bodies, development authorities and judicial services. “We will not allow any employee to retire without getting their due promotion. This is why we have decided to increase the retirement age from 60 to 62 years,” Chouhan said.

But this is a gamble on the CM’s part as unemployment is a huge problem in Madhya Pradesh. While the government has pleased the existing workforce, it has risked annoying unemployed youth in the state. Resentment among employees, both from general and reserved categories, has been simmering since May 2016.

According to government sources, the decision to raise the retirement age will mean saving Rs 7,200 crore in two years. The figure is based on the calculation that retirement of an employee costs the government Rs 20 lakh and over the next two years, 36,000 employees are due to retire. The saving is significant for the state government which is feeling a severe resource crunch this election year as it is burdened with a nearly Rs 1.75 lakh crore debt. Assembly elections in Madhya Pradesh, Rajasthan and Chhattisgarh are due in November this year.

Former Congress chief minister Digvijay Singh too had raised the retirement age from 58 to 60 just before the assembly elections in 1998. The move paid off as the Congress romped home. The Chouhan government toyed with the idea in August 2013 just before the assembly elections. The Chhattisgarh government too has increased the retirement age to 62 years.

Raghavji Bhai, who was MP’s finance minister then, said a proposal to raise the retirement age had come to him twice—in 2010-2011 and 2011-2012. “But I turned it down as I did not want to block job opportunities for the youth,” he said. He termed the CM’s announcement as an election bonanza. 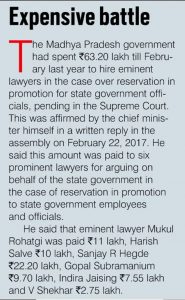 iya, said the decision to raise the retirement age was taken only to ensure justice to employees who are deprived of a promotion and has nothing to do with elections. Anticipating anger among jobless youth over this decision, the state government has notified one lakh government jobs in the education, health, revenue and police departments.

However, the government’s own statistics on job creation present a dismal picture. In the last 11 years of Chouhan’s rule, 1.5 crore jobless youth got themselves registered in employment offices, but only 55,680 got employment. At present, the number of educated unemployed youth is 57.04 lakh. In 2016, registered unemployed youth was 4.23 lakh which reduced to 3.45 lakh in 2017. Of these, only 380 got jobs.

The Congress has accused the government of “deceiving” unemployed youth with its decision on the retirement age. It has demanded a “berozgari bhatta”, or unemployment allowance of  Rs 2,000 per month for such youth, emphasizing that the decision will “deprive younger officials and employees from getting a promotion”.

So how did the issue of retirement age get linked with reservations in MP? On April 30, 2016, the Madhya Pradesh High Court struck down reservation for SCs/STs in government job promotions under the 2002 Madhya Pradesh Public Service Rules that reserve 16 percent of posts for SCs and 20 percent for STs in elevations saying it violated Supreme Court guidelines. Chief Justice AN Khanwilkar and Justice Sanjay Yadav said they did this as the rules were not in conformity with the guidelines given by the apex court in M Nagraj versus Union of India in 2006. India Legal reported this in its May 13, 2016, issue with the headline, “Slippery Ground of Quota”.

In 2006, in Nagraj vs Union of India, the Supreme Court had said that state governments cannot provide quotas in promotions without “quantifiable” data showing “backwardness” of the class and its inadequate representation in public employment, in addition to compliance with Article 335 that gives states power to provide reservation in promotion. This verdict was being violated by the MP Public Service Promotion Rules, 2002, the High Court held.

The two-member bench observed: “With quantifiable data of backwardness, inadequacy of representation class-wise and post-wise, with a corresponding evaluation as to the efficiency in administration being not available…the existing provisions contained in the Rules of 2002 runs contrary to the constitutional provisions contained in clause 4A and 4B of Article 16 and Article 335 of the Constitution and are declared ultra vires and non est in law.”

The issue of providing reservation in promotions to SCs/STs in the MP government came up in the 2003 assembly elections when Digvijay introduced the Madhya Pradesh Service Promotion Rules, 2002. These categories constitute nearly 36 percent of the state’s population. However, this gambit flopped as the Congress party was routed by the BJP.

After coming to power, the BJP not only retained the Madhya Pradesh Public Service Promotion Rules, 2002, but also appropriated them as its own. The strategy worked in subsequent polls in 2008 and 2013. But with the quashing of the quota, the BJP fears an adverse fallout in its Dalit votebank.

After the High Court verdict, Union Minister for Social Justice and Empowerment Thawar Chand Gehlot sought Congress support in the Lok Sabha on May 3, 2016, to introduce a bill providing reservation in promotion to SCs, STs and OBCs in government jobs. Gehlot’s urgency for early passage of the amendment was understandable—he is the most powerful Dalit face of the BJP in MP.

Apprehending a political fallout of the High Court decision, the Chouhan government immediately announced that it would challenge the verdict in the Supreme Court.

The CM said that he would protect the interests of SC/ST employees at all costs. This led to agitations by rival groups.

The state government filed a Special Leave Petition (SLP) in the Supreme Court on May 8, 2016, seeking annulment of the High Court order mainly on two grounds. One was the backlog of 17,000 reserved posts which were vacant; and, two, the huge complications in reverting nearly 30,000 promoted employees and officers to their pre-2002 posts.

After hearing the SLP for nearly 16 months, the Supreme Court ordered a status quo in the matter in November 2017, saying a constitution bench would examine whether its 2006 judgment on the reservation for SCs/STs in promotions needed to be revisited.

The matter was referred to the constitution bench by a three-judge bench comprising Chief Justice of India Dipak Misra and Justices AK Sikri and Ashok Bhushan. The constitution bench has to decide whether the SC order in M Nagaraj vs Union of India needs to be looked at afresh. It will not go into the merit of the matter.

Till date, no state government or the centre has collected “quantifiable data showing backwardness of the class and inadequacy of representation of that class in public employment” nor carried out any survey to find out whether efficiency was compromised through such reservations.