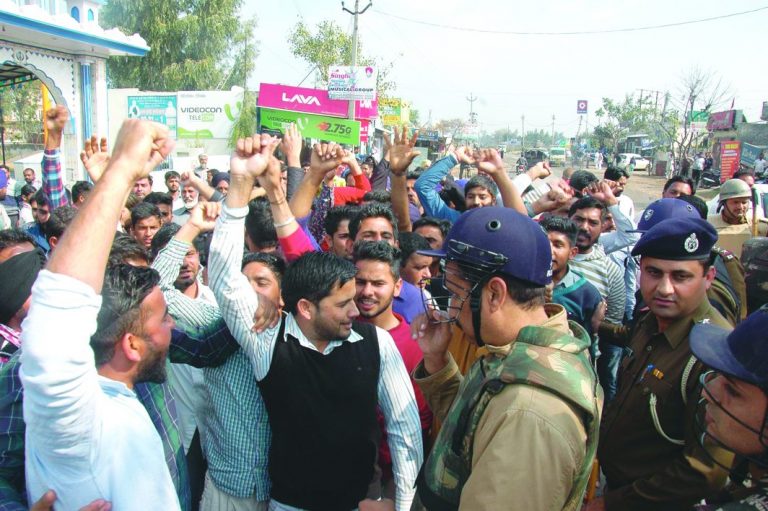 Despite various governments succumbing to pressure tactics by this affluent community to be included in the central list of OBCs, the apex court has shot it down

Jats in various states have often flexed their muscles, demanding to be included in the Backward Classes list. Pitched battles, torching of vehicles and other forms of aggression have been part of this agitation. However, the Supreme Court has not given in and included them in the list.

In fact, recently, there was a miscellaneous application relating to Jat reservation which came up in the Supreme Court in Subhash Chandra Gahlwat v. Union Of India. The matter was dismissed by the apex court.

This demand of the Jats has had a long history. In 2015, the Supreme Court in Ram Singh v. Union of India overruled the Union government’s notification of March 4, 2014, for providing reservations to the Jat community in nine states by including them in the central list of Other Backward Classes. The decision came as a response to numerous petitions demanding reservation in 1997. After receiving these petitions, the National Commission for Backward Classes (NCBC) conducted a study and submitted a report on November 28, 1997, in which it recommended inclusion only of Jats from Rajasthan, except Bharatpur and Dholpur districts.

Another meeting was held by the NCBC on June 20, 2011, after it received many representations from the Jat community to review its earlier report. Thereafter, on July 19, 2011, the NCBC approached the Indian Council of Social Science Research (ICSSR) to again conduct a survey.

Meanwhile, the Prime Minister’s Office wrote a letter on June 4, 2013, to the ministry of social justice and empowerment, saying a decision had been taken to constitute a Group of Ministers (GoM) to interact with Jat representatives and discuss their demand. The GoM met on two occasions—October 28, 2013, and October 30, 2013.

The first request it put forward was that the NCBC reconsider its earlier decision of conducting the sample survey and tender its advice on the basis of material already available. The second was that the survey work, which had already begun in Gujarat, be restricted to the confirmed list of Jat variants and on the basis of these results, the ICSSR and NCBC would tender their advice.

Thereafter, the cabinet decided to request the NCBC to go ahead with the first option—to tender its advice based on existing material. The cabinet further said that Bihar, Uttarakhand and the NCT of Delhi also be included in the reference given to NCBC. Finally, on February 26, 2014, the NCBC submitted its advice, stating that the Jat community had not met the criteria for inclusion in the central list of OBCs. It said that merely belonging to an agricultural community could not give it the status of backward class. The NCBC found that Jats were not socially or educationally backward and suggested non-caste based identification of backward classes.

This finding was criticised by the cabinet which did not accept it. It then resolved to include Jats in the central list of Other Backward Classes for Bihar, Gujarat, Haryana, Himachal Pradesh, the NCT of Delhi, Bharatpur and Dholpur districts of Rajasthan, Uttar Pradesh and Uttarakhand. This impugned notification was issued on March 4, 2014.

Now it is Lingayats’ turn

In Karnataka, the state government had recommended the status of a minority religion to the Lingayat community. This led to concerns about whether SC members of this community would lose out on reservations. However, these concerns seem misplaced as scholars feel this will not change the reservation matrix in Karnataka.

Following the Karnataka cabinet recommendation to the centre in this regard, Union Minister of State for Parliamentary Affairs Arjun Ram Meghwal said that a separate religion status would result in “all Scheduled Castes in the Veershaiva Lingayat sect losing their constitutional status since Scheduled Castes can only be from Hindu, Buddhist, Sikhs and their sects”. But these fears seem unfounded. In Karnataka, Lingayats, including Scheduled Castes among them, have five percent reservation in government jobs and educational institutions.

While deciding this case, the Supreme Court referred to several constitutional and statutory provisions such as Article 15 which prohibits discrimination on the ground of religion, race, caste, sex or place of birth. Clause (4) of Article 15 provides that “nothing in this article or in clause (2) of article 29 shall prevent the State from making any special provision for the advancement of any socially and educationally backward classes of citizens or for the Scheduled Castes and the Scheduled Tribes”. Article 16 provides for equality of opportunity in matters of public employment in Clause (4) thereof that “nothing in this article shall prevent the State from making any provision for the reservation of appointments or posts in favour of any backward class of citizens which, in the opinion of the State, is not adequately represented in the services under the State”. Reference was also made to Articles 38, 46 and 340.

The Bench laid stress on the judgement in Indra Sawhney & Ors. v. UOI & Ors which saw the necessity for establishment of a permanent/specialised body to which complaints of non-inclusion or wrong inclusion of groups, classes and sections in the list of OBCs can be made from time to time. This led to the establishment of the NCBC Act.

Backwardness is a manifestation caused by several circumstances which may be social, cultural, economic, educational or even political. Owing to historical conditions, particularly in Hindu society, recognition of backwardness has been associated with caste. The Court said that though caste may be a prominent and distinguishing factor for easy determination of backwardness of a social group, it has been routinely discouraging the identification of a group as backward solely on the basis of caste.

UP Chief Minister Yogi Adityanath recently said in the Assembly that his government would not do away with the policy of reservation. On the contrary, he said, if needed, he may even consider providing reservation to the most backward sections among Dalits. They constitute 33 percent of the total population of the state.

The Mahadalit card played by the chief minister may upset the apple cart of the SP and the BSP who have supported each other conditionally in the bypolls held in the state. The strategy adopted by the CM is significant in light of the shocking defeat of the BJP in the Gorakhpur and Phulpur bypolls recently. If implemented, it could make a dent in the vote-bank of the SP and the BSP. He asserted that his government would ensure that Dalits and the poor who have been kept out of development by previous governments receive attention from his government.

The Bench finally held: “The perception of a self-proclaimed socially backward class of citizens or even the perception of the advanced classes as to the social status of the less fortunates cannot continue to be a constitutionally permissible yardstick for determination of backwardness, both in the context of Articles 15(4) and 16(4) of the Constitution. Neither can any longer backwardness be a matter of determination on the basis of mathematical formulae evolved by taking into account social, economic and educational indicators. Determination of backwardness must also cease to be relative; possible wrong inclusions cannot be the basis for further inclusions but the gates would be opened only to permit entry of the most distressed. Any other inclusion would be a serious abdication of the constitutional duty of the State. Judged by the aforesaid standards we must hold that inclusion of the politically organised classes (such as Jats) in the list of backward classes mainly, if not solely, on the basis that on same parameters other groups who have fared better have been so included cannot be affirmed. We cannot agree with the view taken by the Union Government that Jats in the 9 (nine) States in question is a backward community so as to be entitled to inclusion in the Central Lists of Other Backward Classes for the States concerned. The view taken by the NCBC to the contrary is adequately supported by good and acceptable reasons which furnished a sound and reasonable basis for further consequential action on the part of the Union Government. In the above situation we cannot hold the notification dated 4.3.2014 to be justified. Accordingly the aforesaid notification bearing No. 63 dated 4.3.2014 including the Jats in the Central List of Other Backward Classes for the States of Bihar, Gujarat, Haryana, Himachal Pradesh, Madhya Pradesh, NCT of Delhi, Bharatpur and Dholpur Districts of Rajasthan, Uttar Pradesh and Uttarakhand is set aside and quashed.”

Thus, the Supreme Court rejected the notification which tried to include Jats in the central list of OBCs.