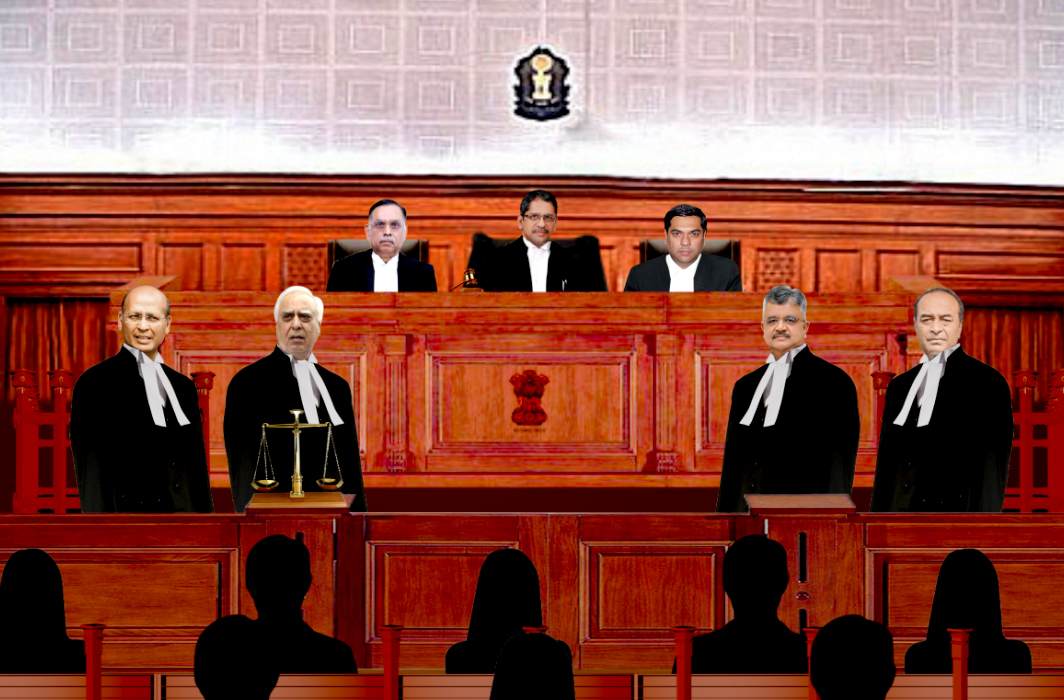 The Supreme Court said today that Maharashtra chief minister Devendra Fadnavis has to prove his majority in the Assembly by 5 pm tomorrow. The bench headed by Justice NV Ramana added that the floor test will be telecast live, and the proceedings will be presided by an interim speaker to be appointed by Governor Bhagat Singh Koshyari.

The court’s ruling comes after the Shiv Sena, Nationalist Congress Party (NCP) and BJP — which have worked out a coalition that aspires to rule the state — challenged the Maharashtra Governor’s surprise move to invite the BJP to form the government.

“In a situation wherein, if the floor test is delayed, there is a possibility of horse trading, it becomes incumbent upon the Court to act to protect democratic values. An immediate floor test, in such a case, might be the most effective mechanism to do so,” the court said.

Earlier, on November 25, the apex court had reserved the verdict for today after the conclusion of arguments.

Solicitor General Tushar Mehta, appearing for the Centre, had informed the court on Monday that he had in his possession letters of support of the BJP and NCP MLAs on the basis of which the Governor had invited Chief Minister Devendra Fadnavis and Deputy Chief Minister Ajit Pawar to take the oath of office.

Mehta also informed the court that the Governor, on the basis of the letter of support, had requested the revocation of President’s Rule in the state.

Senior Advocate Kapil Sibal appearing for the Shiv Sena had countered the arguments of Mehta. Sibal said that he had affidavit of the support of 150 MLAs and the pre-poll alliance of BJP-Shiv Sena didn’t work out as BJP didn’t stick to its promises with the Shiv Sena.
Senior Advocate Abhishek Manu Singhvi appearing for Congress as well as NCP had termed the invitation by the Governor Koshiyari as a “fraud on democracy”.

Singhvi had asked: “How can the Governor rely on signatures of MLAs without covering letter.”

The apex court on November 24 had issued notice to the Centre, the Maharashtra government, Devendra Fadnavis and Ajit Pawar on the plea. The court had also directed Mehta to produce relevant documents supporting the invitation of the BJP to form the government, including the letters of support of MLAs by 10.30 am on November 25.

The petition had sought quashing of the Governor BS Koshiyari’s decision to invite Devendra Fadnavis to form the government on November 23 as unconstitutional, arbitrary, illegal, void-ab-initio, and violative of Article 14 of Constitution of India.

It had further sought to invite the alliance of Maha Vikas Aghadi comprising the Shiv Sena, the Congress and the NCP “which has the support of more than 144 MLAs to form the government under the leadership of Uddhav Thackeray”.

“…the instant Writ Petition seeks to challenge the brazen action of the Governor in inviting Devendra Fadnavis to form the Government, the Petitioners are also praying for an immediate floor test within twenty-four hours so as to avoid further horse trading and illegal manoeuvres to somehow cobble up a majority from the MVA,” said the petition.

On November 23, the Governor had ended the month-long political impasse in the state by administering the oath of Chief Minister office to Fadnavis and Pawar as Deputy CM.