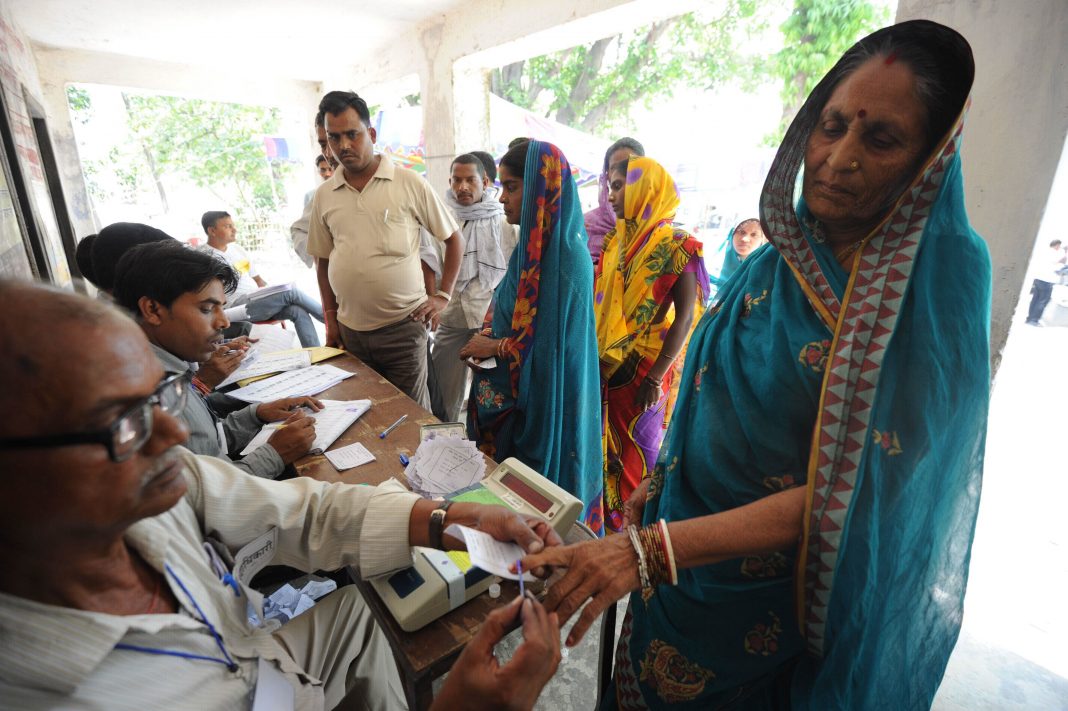 Despite a plea for urgent listing of matter seeking linking of Aadhaar with Voter ID to prevent bogus voting, the Court dismissed it

The apex court refused to entertain an oral plea for urgent listing of a PIL which sought to link Aadhaar with voter ID cards to curb the practice of bogus voting. A bench of Chief Justice Ranjan Gogoi and Justice SK Kaul refused to grant urgent hearing to it.

The petitioner, BJP leader Ashwini Upadhyay, referred to the Court’s earlier order of February 2018 where he was assured that a hearing on the issue would take place after the verdict on pleas challenging the constitutional validity of Aadhaar. The Supreme Court had agreed to hear a PIL which sought relief from it in the form of directions to the Election Commission to introduce a voting system which would link Aadhaar cards with voter ID cards. The petition stated that “the Election Commission of India had proposed to authenticate entries/data of electors with their respective Aadhaar numbers but suddenly it was abandoned”. It also sought a direction to the centre to take steps to link moveable and immoveable property documents of citizens with their Aadhaar number to curb corruption, black money and “benami” transactions.

Pointing out the flaws which plague our current voting system, the petitioner stated that “illegal voting is still prevalent as the present EVM does not filter illegal voters”. It said that the “infusion of money and muscle power to make fake and fabricated votes breaches the rights guaranteed under Article 325-326 and Article 14 of the Constitution”.

The petitioner said: “The current system is better but not the best. Aadhaar-based election voting system has more authentication of voters, better security of voting process, it can protect the voted data and most importantly, the voter can cast his vote from any corner of the country.” The proposed Aadhaar-based voting system involves fingerprint of the voter which is saved in the government’s database with an individual’s Aadhaar number, the petition said.

The petitioner proposed an e-voting system using fingerprint and face biometrics with EVMs. This would ensure fair and just elections.

A similar petition was filed in the Madras High Court. The petitioner said that the current voting process was prone to corruption and error, and thus sought directions from the Madras High Court to the Election Commission to not conduct any elections until the linking was complete.

The petition sought to link Aadhaar with moveable and immoveable property documents which would help in tackling benami transactions. It states: “Corruption and benami property is key element in economic underperformance and major obstacle to poverty alleviation and development.”

Linking Aadhaar with property documents would enable tax authorities to easily access details about legal owners. Authorities would be able to zero in on those doing property deals under fictitious names. In some cases, people register their property in the name of their relatives or some other person by using their signature. After linking of Aadhaar, tax authorities would be able to approach the legal owner and ask him about the property. If he doesn’t have any knowledge about the transaction, it would be considered benami and action can be taken.