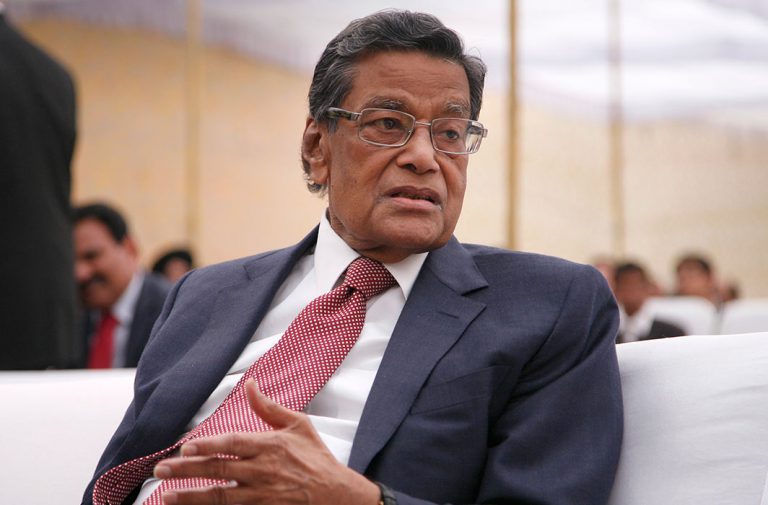 Strident, albeit repetitive, arguments by Attorney General KK Venugopal demanding dismissal of the review petitions seeking investigation into the Rafale deal on grounds that a probe was “not in national interest” evoked a sharp response from the Supreme Court, on Wednesday (March 6), which said that similar circumstances existed in the Bofors scam trial and if the Centre’s claims were to be accepted, should all cases linked with the infamous scam of the 1980s be shut down too.

As the Supreme Court bench of Chief Justice Ranjan Gogoi and Justices Sanjay Kishan Kaul and KM Joseph resumed hearing the bunch of petitions seeking review of its December 14 verdict which had ruled out a court-monitored probe into the Rafale deal, the Attorney General reiterated that the documents on the basis of which the review has been sought were “inadmissible as evidence” as they were “stolen from the Union defence ministry” and were protected under the Official Secrets Act.

Arguing that the documents published by The Hindu newspaper and another one shared by news agency ANI were not supposed to be in the public domain, Venugopal sought to raise the bogey of national interest and the threat of war to present his case against the review petitions.

In a veiled reference to the recent escalation of tensions between India and Pakistan following the Pulwama terror attack, the Attorney General said: “Recent incidents have shown how vulnerable we are. When others have superior F16 aircraft, should we also not buy better aircraft?”

It may be recalled that in the aftermath of the Indian Air Force’s strikes at a terror camp in Pakistan’s Balakot, the Pakistan Air Force had responded by an attempted attack on Indian territories in Kashmir using F16 fighter jets. Shortly after, Prime Minister Narendra Modi had claimed at a public rally that the outcome of the escalation with Pakistan would have been “very different if India had Rafale jets.”

Venugopal proceeded to tell the court that a CBI inquiry into the alleged irregularities in the negotiations with the French government and Dassault Aviation for the Rafale fighter jets will damage the country. He added that given the prevailing circumstances, there was an “urgency to procure Rafale jets” as they are “needed to protect the country against F16s” and that pilots had “already been sent to Paris for training to operate the jets.”

“If CBI probe is directed now, the damage done to the country will immense,” Venugopal told the court while asserting that the publication of the “secret documents” related to the Rafale deal negotiations by The Hindu had damaged India’s image globally.

As Venugopal began to detail India’s need for Rafale jets to fight against Pakistan’s F16 fleet, Chief Justice Ranjan Gogoi intervened to tell him that he must confine his arguments on the maintainability of the review petitions.

As Venugopal began, once again, to enumerate how the documents relied upon in the review petitions were “inadmissible” as they had been “procured through unfair means” in violation of the Official Secrets Act, he was interrupted once again, this time by Justice KM Joseph.

“Issue of national security doesn’t arise when question in review is that plea of investigation hasn’t been considered. Are you going to take shelter under national security when the allegations are of grave crime, corruption,” Justice Joseph asked the Attorney General pointedly. He added that the legal precedent with regard to admitting “stolen” documents as evidence was settled under the Evidence Act and said further that “if an act of corruption is committed, government cannot take shelter under the Official Secrets Act.”

Venugopal sought to rebut Justice Joseph’s observation, saying: “Your Lordships might have your view on it (admissibility of such documents) but I have a different view,” and went on to make a rhetoric submission – “Certain issues are outside the purview of judicial review. Do we have to come to the court to justify when we declare war, when we declare peace? Do we have to come and seek permission of the court every time?”

The Attorney General then sought to know the “source” of the documents that the petitioners have relied upon while filing the review pleas. “Relevancy of the papers can’t be sole consideration (for allowing a review)… they must say whether retired or present officers did it (leaked the documents)… How did the petitioners get privileged documents of defence ministry,” Venugopal said.

The Attonery General’s voluble submissions provoked a pointed query from Chief Justice Gogoi who asked: “If an accused establishes the plea of alibi on the basis of a stolen document, should the court ignore it… Show us the authority that (disclosing the) source is important.”

The Chief Justice then noted that while violating the Official Secrets Act “makes a person liable for criminal punishment for obtaining secret documents”, courts or petitioners can “proceed against the person but will the document become null?”

With Venugopal refusing to step back from his line of argument, Justice Joseph remarked: “There were allegations of corruption in Bofors. Now, will you say the same thing that a criminal court shouldn’t look into any such document in that case? Here we have an open system.”

While Venugopal deftly sidestepped Justice Joseph’s query, he replied: “Yes, we have an extremely open system here. This is the only country where a court is examining a defence deal as if it is an administrative issue. No other court in any other country will do it.”

Perhaps perturbed by the Attorney General’s defiance, Justice Sanjay Kishan Kaul too joined the other judges on the bench to question Venugopal. “The documents having come before us, you can’t say that we cannot look into them,” Justice Kaul said.

Venugopal then fell back on his earlier line of dramatic arguments, stressing that the Rafale “purchase is essential for the survival of this nation against enemies.”

This brought an even more pointed rebuke from Justice Kaul who told the Centre’s chief law officer: “if the documents were stolen, the government should put its own house in order. It is one thing to say that we should look at these documents with suspicion. But, to say we can’t even look at those documents may not be a correct submission in law.”

Chief Justice Gogoi too remarked: “if your submission is that petitioners have not come bona fide, then that is different but can you say that the document is completely untouchable… it is a far stretched an argument.” The Chief Justice even cited an example to the Attorney General, stating: “an accused is having difficulty in proving his innocence. He steals a document and shows it to the judge. The document clearly shows he is innocent. Should a judge ignore the document?”

Venugopal then sought to revive his arguments on the damage that would be caused to the country if the court conceded to the demand of reviewing its December 14 verdict. “Every statement by this Court is used to destabilise either the government or the opposition. Why should the court become a party to such an exercise? This is why I am appealing to this Court to exercise restraint. Defence procurements can’t be judicially examined,” the Attorney General appealed.

As Venugopal reiterated that documents made public by The Hindu and ANI were “stolen”, the bench asked him if the “head of (the concerned) department in the Ministry of Defence can file an affidavit” affirming this stand. The Attorney General then told the court that the affidavit will be filed on Thursday (March 7).

The court then heard brief submissions from the counsel for one of the main petitioners, former BJP leader Yashwant Sinha. Sinha’s counsel submitted that Venugopal’s claim that the documents produced as part of the review petition are inadmissible “is not correct” and went on to cite how the apex court had admitted supposedly confidential documents provided by him as evidence in earlier cases filed by him related to the alleged professional misconduct and corruption of former CBI director Ranjit Sinha and in petitions related to the 2G spectrum and coal allocation scams.

The bench then adjourned the proceedings for the day. It has directed the matter to be listed for further hearing on March 14, at 3 PM.