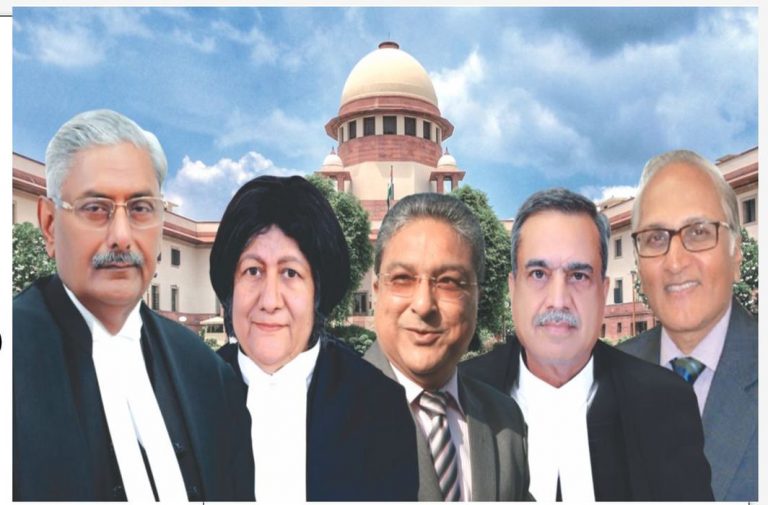 Writing in India Legal (November 11, 2019), I described “snakes and ladders type of adjudicatory approaches” that render “the Supreme Court itself…a house hermeneutically divided”. For the most part, the Court regards grant or refusal of bail as an ongoing discretionary aspect of the administration of criminal justice policy. On the other side is the judicially robust assertion (maintained ever since and memorably enunciated by Justice Krishna Iyer in Moti Ram, 1978) that regards bail as a matter of Article 21 rights to life and liberty under the right to constitutional remedies (Article 32) which the apex court has both the power and the duty to preserve, protect and promote.

As late as 2011, in Mhetre, Dr Justice Dalveer Bhandari (and Justice KSP Radhakrishnan) wrote extensively (paragraphs 36-84) on the virtue and value of both the constitutional and “natural” right to life and liberty in the particular context of bail.

It even noted the sadly well-known fact that a “great ignominy, humiliation, and disgrace is attached to arrest…not only for accused but for whole family and at times for the entire community”, because “most people do not make any distinction between arrest at a pre-conviction stage or post-conviction stage”. This itself strengthens the view that pre-conviction bail should be a rule emanating from the mandate of Article 21 and custodial confinement a rare departure from the norm.

I also urged the convening of a larger bench “to decide, once and for all, the two views in the Supreme Court”; an explicit reference to this “domain will, of course, underscore the speedy advent whether of human rights in the administration of criminal justice as well as promote more efficient and equitable investigation of the crimes of the powerful”.

Now at least we had a five-judge bench which considered two questions: whether the protection granted to a person under Section 438 CrPC should be limited to a fixed period or whether “the life of an anticipatory bail should end at the time and stage when the accused is summoned by the court”.

The second question concerned the imposition of conditions in anticipatory bail orders.

It is noteworthy that the Court (Justices Arun Mishra, Indira Banerjee, Vineet Saran, MR Shah and S Ravindra Bhat) while not directly deciding the issue of whether bail is a fundamental rights issue, considered at least these two questions. It was valuably clarified that it is not “essential that an application should be moved only after an FIR is filed; it can be moved earlier, so long as the facts are clear and there is reasonable basis for apprehending arrest”. Further, while it “would be justified to impose other restrictive conditions”, these would have to be judged on a case by case basis. Such conditions may not be imposed in “a routine manner, in all cases” and “limiting conditions may not be invariably imposed”. Nor should decisions about anticipatory bail be made by “blanket” orders.

Clearly this ruling does not “in any manner limit or restrict the rights or duties of the police or investigating agency” to probe the charges against the pre-arrest bail. But it insists on avoidance of a habit or a blanket rule, detracting from reflexive reasons for denying bail. And while evidence, under Section 27 of the Indian Evidence Act, can be taken for discovery of any material evidence, “there is no question (or necessity) of asking the accused to separately surrender and seek regular bail”.

The contrary view, articulated in Salauddin Abdulsamad Shaikh (1996) constitutes an “absolute misreading” of the prior precedent of Gurbaksh Singh Sibbia (1980) and now stands overruled. Any action under Section 27 of the Evidence Act would be regarded as temporarily eclipsing or “implied” or “deemed” eclipse. But such an order does not affect the proposition that “the normal rule should be not to limit the order” to “a period of time”. Anticipatory bail given to a person can continue till “end of the trial”.

The concurring opinion of Justice Ravindra Bhat preserves the spirit of Sibbia (while overruling the ultimate order) when it avers that the “urge for freedom is natural to each human being”. Section 438 CrPC is “a procedural provision concerned with the personal liberty of each individual, who is entitled to the benefit of the presumption of innocence”. As “denial of bail amounts to deprivation of personal liberty”, the court should lean against the imposition of unnecessary restrictions on the scope of Section 438, especially when not imposed by the legislature.

This is, indeed, a most welcome move because it negates that  anticipatory bail “does not encapsulate Article 21”; in fact, it is labelled as  “erroneous”. But does this opinion go so far as to “encapsulate” the Code provisions into Article 21? Here the learned Justice opines that “the issue is not whether Section 438 is an intrinsic element of Article 21: it is rather whether that provision is part of fair procedure”. That “provision for anticipatory bail is pro-liberty” and enables “a facility of approaching the court for a direction that he or she not be arrested” and it “was specifically enacted as a measure of protection against arbitrary arrests and humiliation by the police, which Parliament itself recognized as a widespread malaise on the part of the police”. This does not quite tell us that the absence (or repeal) of anticipatory bail would be plainly unconstitutional.

However, one must be grateful for small judicial mercies which would eventually pave a way towards recognising bail as a fundamental human right, and not merely find a compass for ascertainment of liberties that Parliament may not have intended to curtail.

The learned Justice also observes that “it would be useful to remind oneself that the rights which the citizens cherish deeply, are fundamental—it is not the restrictions that are fundamental”. He recalls Joseph Story, the great jurist and US Supreme Court judge, who remarked that “personal security and private property rest entirely upon the wisdom, the stability, and the integrity of the courts of justice”. While that is certainly true, is the judicial duty of a summit court compromised in saying that “it would not be in the larger interests of society if the court, by judicial interpretation, limits the exercise of that power”?

Justice Bhat says that “the danger of such an exercise would be that in fractions, little by little, the discretion, advisedly kept wide, would shrink to a very narrow and unrecognizably tiny portion, thus frustrating the objective behind the provision, which has stood the test of time, these 46 years”.

It can be well-argued that Article 32 power coupled with a duty to affirm the constitutional right to bail, should make such “danger” welcome as a complete means to the end of securing the very integrity of the structure of civil and political rights.