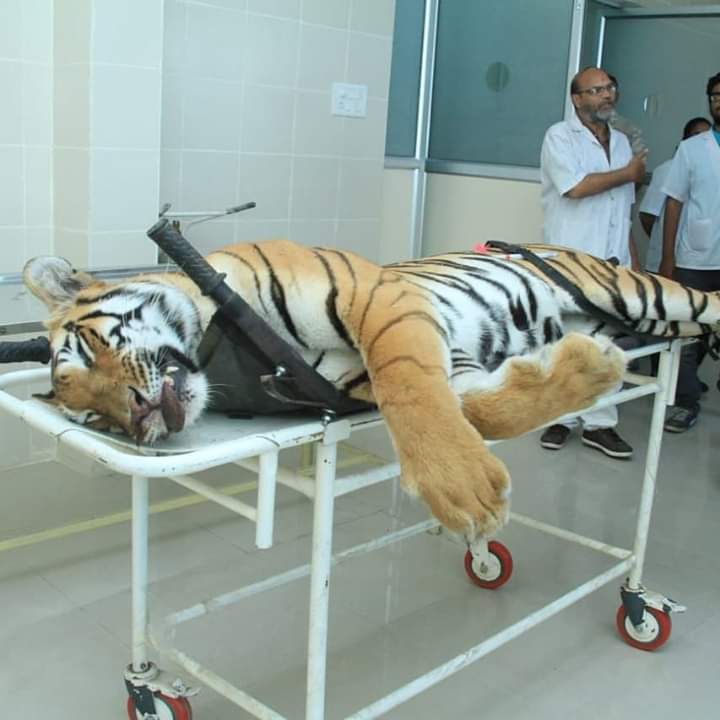 Environmentalists are reportedly planning to move the Supreme Court seeking a probe into the killing of alleged man-eater tigress Avni (T1) in Maharashtra.

According to reports, Karnataka-based veterinarian Prayag H S has said that he would move apex court after reviewing the tigress’ autopsy report. Appeals have also been made to the Prime Minister Narendra Modi demanding that the National Investigation Agency (NIA) be asked to look into tigress’ killing. While another NGO, Resqink Association for Wildlife Welfare (RAWW) has sought a CBI probe into the killing.

Avni, a five-year old alleged man-eater tigress was shot dead on Nov 3 in Yavatmal district in Maharashtra for attacking the stalking team. She had allegedly killed 13 people 13 humans.

Avni’s killing created furore after environmentalists alleged that the forest department and officials flouted Supreme Court directives which mandates that in these cases animals are required to first tranquilized and then trapped. Environmentalists are also of the view that National Tiger Conservation Authority (NTCA)’s rules have been blatantly contravened in the killing of Avni. Wildlife activist Dr. Jerryl Banait, who had petitioned the Supreme Court against the hunting order, claims there was no such effort, and that the operation was not carried out according to the rules.

PETA India has called for investigation into what it’s calling a “wildlife crime.” In a statement, the organization said, “Avni was killed illegally, satisfying a hunter’s lust for blood … (in an) apparent violation of the Wildlife Protection Act and the guidelines of National Tiger Conservation Authority.”

“The whole hunting operation was shrouded in secrecy. There were protests already going on; the government should have been extra careful, yet they seem to have done it in a very non-transparent manner,” conservationist Neha Sinha was quoted by a telling a TV channel.