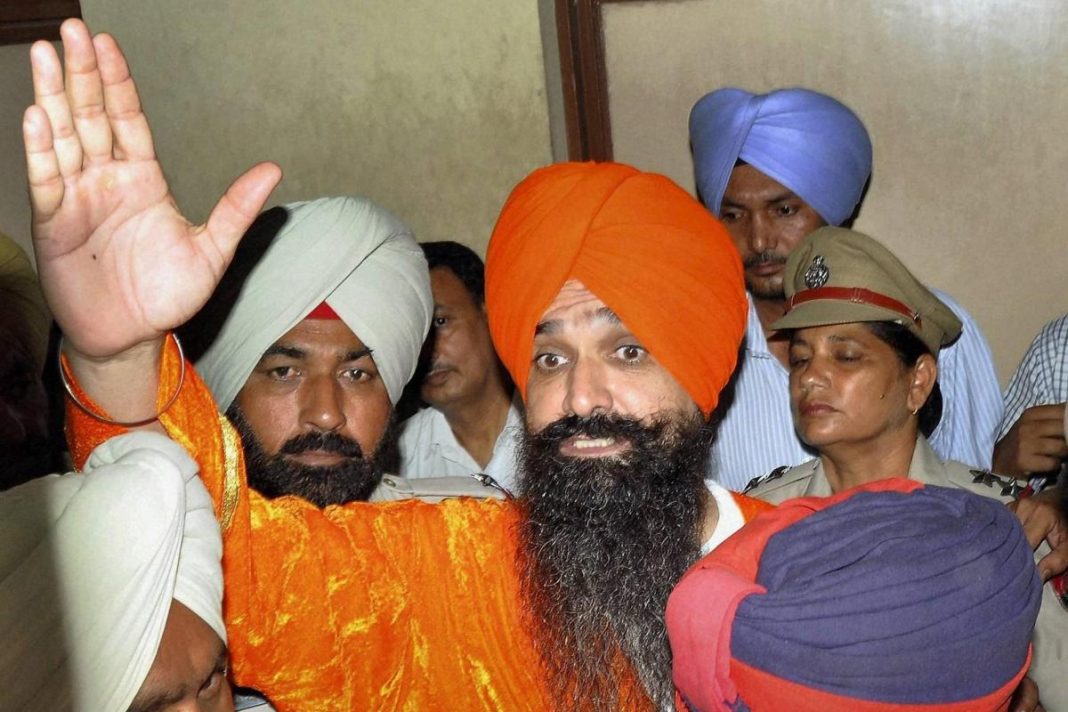 The Supreme Court on Friday has given six more weeks to government to decide on mercy plea of Balwant Singh Rajoana who was awarded death penalty in a case relating to assassination of then Punjab CM Beant Singh.

During the hearing, Solicitor General Tushar Mehta informed the bench of the Chief Justice SA Bobde, that government has started the process and the President shall take a decision soon.

“It is a case where the petitioner is accused of the assasination of former Chief Minister and involves the Khalistani issue. Your lordship may await the President’s decision,” SG said.

Chief Justice of India S.A. Bobde asked Mehta if he could give a time frame for the same, to which Mehta replied a decision should be taken within six weeks.

The petition has been filed on behalf of Balwant Singh Rajoana, a former Punjab Police constable, who was convicted for his involvement in an explosion outside the Punjab civil secretariat that killed Beant Singh and 16 others in 1995.

Earlier the Supreme Court had asked the Union government to decide upon commuting the death sentence of Rajoana by Republic Day.

It has been  submitted that the petitioner has been in custody for nearly 25 years and that his mercy plea before the President has been kept undecided for over eight years.  Rajoana is entitled to commutation of death penalty as per the SC decisions in Shatrughan Chouhan and Sriharan cases on account of delay in deciding the mercy Petition.

Maintaining that pendency of appeals by co-accused has no bearing on Presidential pardon granted to a death-row convict, the Supreme Court had on December 4 questioned the Centre over the delay in sending a proposal to the President for commuting Rajoana’s death penalty.