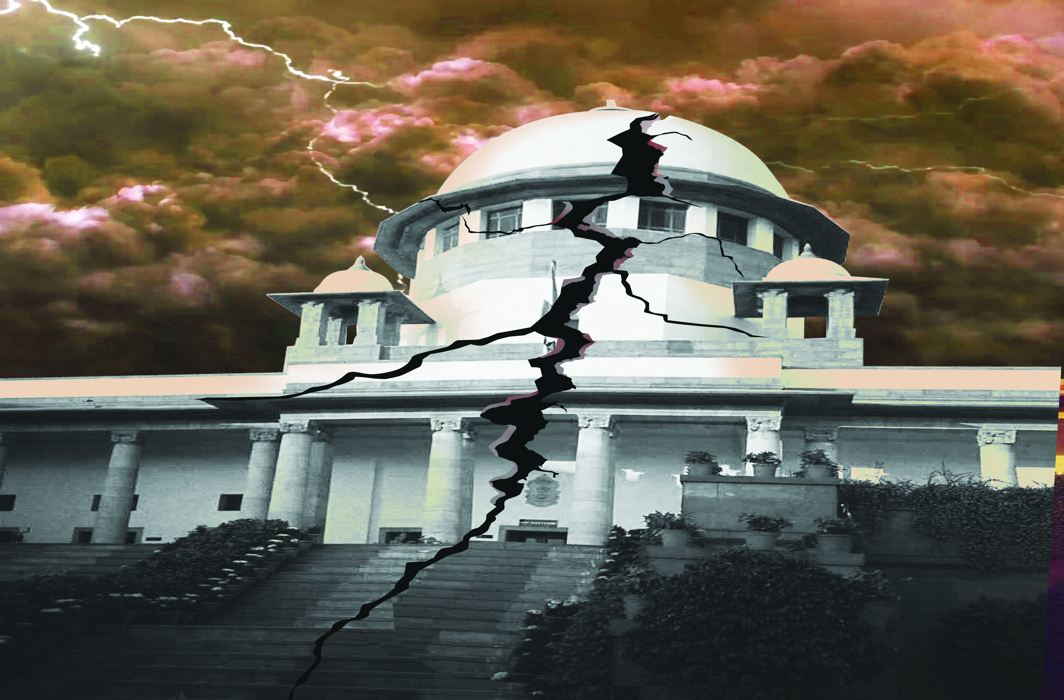 Will splitting the Supreme Court into regional benches as suggested by Vice President Venkaiah Naidu help ensure timely and cost-effective delivery of justice? It would not even need an amendment to the Constitution

Vice President of India M Venkaiah Naidu recently (in a speech while releasing a book by veteran lawyer Parameswara Rao) called for four benches of the Supreme Court. In a widely reported statement issued by his secretariat later, he referred to Article 130 and said the move to bring about changes in the apex court would not require an amendment to the Constitution because it already provided for the Court to “sit in Delhi or in such other place or places, as the Chief Justice of India may, with the approval of the President, from time to time appoint”. The concern for access to justice is important and the vice president made several specific suggestions.

The vice president is in very distinguished company. Earlier, the Law Commissions (125th Report and 229th Report recommended this course of action). But we should also note that it follows the constitutional increase of three more Supreme Court Justices and some expeditious elevations, bringing the judge strength to 33.

However, the Supreme Court, all the Justices included, rejected the Commission’s proposal that a constitutional bench be set up at Delhi to deal with constitutional and other allied issues of national importance and four Cassation Benches at Delhi, Chennai/Hyderabad, Kolkata and Mumbai to deal with all appellate work arising out of the orders/judgments of High Courts of the particular region. A social action litigation is still with the Supreme Court on the need to set up a National Court of Appeal and the matter is sub-judice. Given the expanded interpretation of Article 21 and demosprudential co-governance of the nation, it remains exceptionally difficult to distinguish between constitutional and other forms of litigation.

Justice Ruma Pal, the then longest serving woman Justice in the Supreme Court (see India Legal, November 26, 2018) recently confided to the nation that “at an informal meeting, all of the then sitting judges of the Supreme Court (including myself) advised the then Chief Justice of India to decide against the request of the then Central government to sit in other places in the country under Article 130 of the Constitution. The reason we (judges) decided against it was because we felt that the authority of the Supreme Court would get diluted”. This is a strong consideration and the fact that the entire Supreme Court negatived it presages a judicial reading suggesting subjecting that Article as providing ways, if any, of addressing the problem of judicial access in a manner consistent with the processes and principles of judicial review powers.

But Justice Pal now considers it “fallacious” because many “High Courts in this country have different Benches for meting out justice without ‘justice’ being ‘diluted’. For example, the Bombay High Court has four benches—in Mumbai, Aurangabad, Nagpur and Panaji (Goa) —and the quality of its decisions or status have certainly not been diluted thereby”. She laments that the protagonists of access to justice “in operating the system” continue to overlook “many lawyers through their dishonesty in many forms”. (The Hindu, April 2, 2019). Since Article 32 (a fundamental right of all to access their constitutional remedies) may be said to be adversely affected, setting up of such courts may be ruled out as
un/para-constitutional.

Besides, Article 130 entails the exercise of the joint powers of the chief justice of India (CJI) and the president. The Constitution requires that the president shall act on the advice of the council of ministers and the Supreme Court has leaned towards the view that all references to the CJI must mean that he is acting in the judicial collegium. Therefore, at least the collegium must speak and on such a matter, unanimously. But the matter may be considered so significant that the full court also should be convened and speak unanimously. Further, given the basic structure doctrine, it is more likely than not that the Court will negate any unilateral action by the executive or the legislature.

The central question is how to innovate access. In the abstract, one may be tempted to say that judicial centralisation is in principle a good answer, but the question ultimately is of constitutional architecture. As concerns High Court benches, Justice Ruma Pal speaks only about the success stories, but failure stories are equally, if not more, critical. Certainly, as I pointed out in the Sailabala Pujari Memorial Lecture at NLUO (2016), location decisions can prove irksome as may be seen by anyone who has read Justice Jaswant Singh’s landmark report in the eighties. He depicted how lawyers in Uttar Pradesh were bitterly factionalised over where the High Court Circuit Bench in the western region should be, but was also able to decide that an additional bench should be located in Agra. Certain sections of the Bar in western Uttar Pradesh still feel aggrieved and recourse to a symbolic strike even till today over the non-creation of a bench there. How may one resolve a volatile and sentimental matter having several aftermaths and existential implications for people concerned by sheer evasion or through over-rational approaches? How many and where in the region should Supreme Court benches be seems a major question of constituting the territorial spheres of access to justice.

Evasion seems a more frequent answer, but the procedure for decision for High Court benches was clarified by the Union law minister (in a written reply in the Lok Sabha again on April 28, 2016) that the consent of the central government is the last step. The first step should be by the chief justice of the High Court; second, the governor of the state and third, a “complete proposal from the State Government” which is to “provide infrastructure and meet the expenditure”. The bizarre aspect of the procedures is that constitutional citizens, remote from the administration of justice, may at any rate never come to know reasons for or against the formation of benches! Moreover, it does not involve all the stakeholders. However, if benches are to be formed in the name of people’s access to justice, maximal transparency remains integral to decisions to decentralise justice delivery.

Transparency in access decisions also means avoidance of judicial feudalism, a disvirtue in constitutional governance. Articulate and elaborate processes of judicial deliberation have to be devised. In many High Courts, it has been alleged that some Justices are assigned to far-off benches on the sole discretion of the chief justice. No means of verifying this information about alleged misuse of this power exists, but the fact that such things can be said itself indicates the need for some specific guidelines. In this zodiac, may be the judicial collegium at the High Court and the Supreme Court take a unanimous decision regarding the formation of benches and its judicial personnel? May be the conference of chief justices should help evolve an articulate procedure. But the general principle in access to justice remains: the convenience of Justices and lawyers matter but the paramount consideration always is expeditious, efficient and equitable justice to all.

To achieve this, many changes are needed. What should be the total judge strength of the entire judiciary? Even when the retirement date of a Justice is well-known in advance, why should there be enormous delays in filling vacancies? Does the right to access and judicial infrastructure not entail a duty to appoint judges on time?

Perhaps access may notably improve if the Supreme Court strength is at least extended to 75 Justices so that at least ten of them may be assigned to each of its proposed benches. A five-judge constitution bench shall consider Article 32, raising significant questions of constitutional law and other Justices may be empanelled as per the revised rules of the Supreme Court. May we innovate the constitutional office of a deputy chief justice of India, who shall also be entitled to be a member of the collegium? Should the benches be headed from among the seniormost Justices? Should they exercise the new curative jurisdiction as well?  Should a review bench be headed only by senior Justices in Delhi? I do not here consider a similar expansion of the apex court library and administrative resources at each regional bench, but say merely that improving access really means a substantial increase in national investment in adjudication.

Would judicial decentralisation justify several apprehensions about the future of judicial review?  But the Supreme Court itself has declared (as late as 2012 in Brij Mohan Lal) the right to access to judicial services a basic fundamental right. It affirmed that “it is the constitutional duty of the Government to provide the citizens of the country with such judicial infrastructure and means of access to Justice”, so that “every person is able to receive an expeditious, inexpensive, and fair trial”.

Certainly, we the people who gave unto ourselves this Constitution do not wish to curb the powers of vigilant and strict judicial review of actions by co-ordinate branches of governance. A mini-revolution in the Constitution is not necessarily a coup against it as long as the structural integrity of due process and judicial review are not impinged and access is actually promoted within the arc of constitutional discipline.