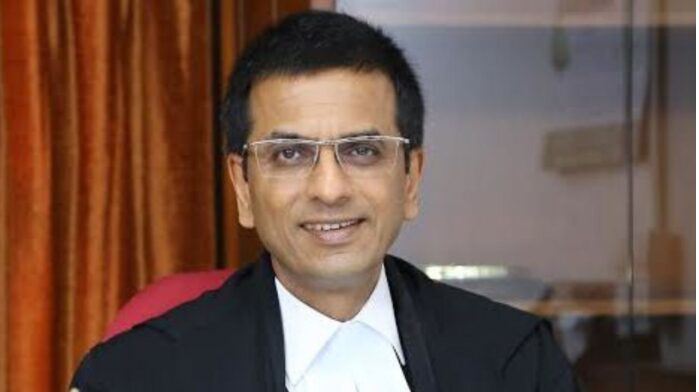 Chief Justice of India D.Y. Chandrachud said on Wednesday that he aimed at making the environment in a courtroom stress-free, so that both the lawyers and the litigants could place their arguments without tension.

Addressing the members of the Bar after the oath-taking ceremony, the CJI apologised for keeping the members waiting for long and said that he wanted to make the courts tension-free for all.

Earlier in the day, President Droupadi Murmu administered the oath of office to the 50th CJI during the swearing-in ceremony held at the Durbar Hall of Rashtrapati Bhavan.

Soon after taking oath, CJI Chandrachud touched the feet of his mother.

The new CJI will hold office till November 10, 2024. He succeeds Justice Uday Umesh Lalit, who retired on Monday.

Though Justice Lalit was due to retire on November 8, but since the courts were closed on that day on account of Guru Nanak Jayanti, he demitted the office on November 7.

Justice D.Y. Chandrachud is son of the longest serving Chief Justice of the country, Justice Yeshwant Vishnu Chandrachud, who remained in office for more than seven years.

This marks the first instance of a father-son duo heading the Indian judiciary. Y.V Chandrachud became the 16th CJI on February 22, 1978 and his son became the CJI after a gap of 44 years, 7 months and 17 days.