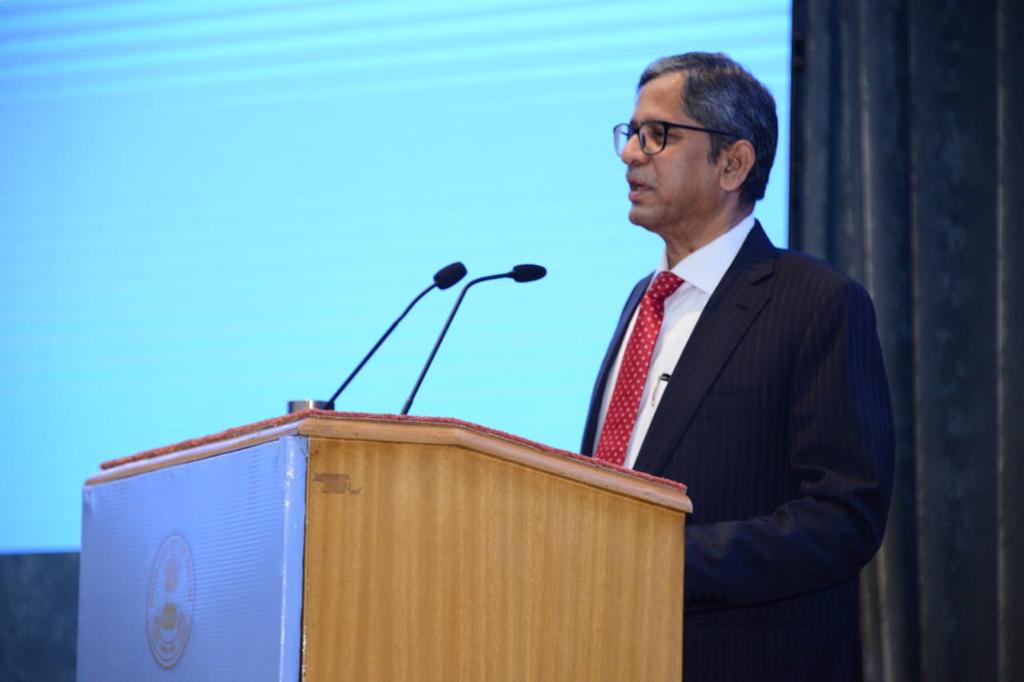 Expressing his resentment over Senior Counsels making mentioning before him, Chief Justice of India (CJI) NV Ramana on Wednesday asked them to send their Advocates-on-Record or junior colleagues to do the same.

The CJI made the remark, when Senior Advocate Dr. Abhishek Manu Singhvi sought to mention a matter before him.

He told Singhvi that this ‘business’ of Senior Advocates making mention should not be ‘entertained’. While directing the Senior Counsel to send his AoR for the same, the CJI said, “This applies to you all.”

The same thing happened with Senior Counsel Kapil Sibal, who, along with others, attempted to mention a case. The CJI told them to send their ‘juniors’ for the purpose.

Sibal, while welcoming the move, said he will follow this rule.

During a hearing once, CJI Ramana had said that the reason for having a mentioning officer at the top court was to ensure that Senior Counsels do not get priority when it came to mentioning.

He had then said that the system, where all lawyers can make the mention before the mentioning registrar, was made to provide equal opportunities for all, especially the juniors.

Did you find apk for android? You can find new Free Android Games and apps.
Share
Facebook
Twitter
Pinterest
WhatsApp
Previous articlePresident appoints Justice UU Lalit as the next Chief Justice of India
Next articleEducating Lawyers