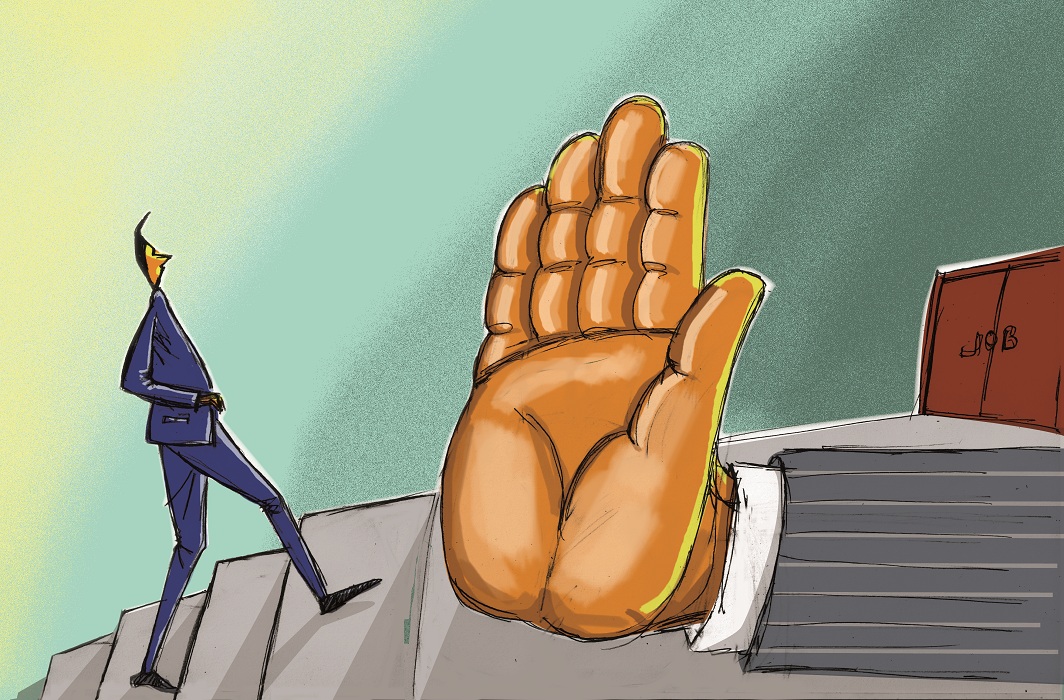 It is a settled principle of law that a child born of a void marriage cannot be treated as illegitimate. Yet, in a strange case—the centre, which ought to have applied this law in specific cases—was an appellant in the Supreme Court against a High Court verdict, which affirmed this sound principle.

In Union of India vs VR Tripathi, the centre appealed against the judgment of a division bench of the Bombay High Court, delivered on April 1, 2016, in the Supreme Court. On December 11 last year, a Supreme Court bench of Justices DY Chandrachud and MR Shah dismissed the centre’s appeal as having no merit.

In the case, the father of the respondent was employed as a technician for Central Railway at Mumbai. He had a second marriage during the existence of his first marriage and died in harness in 2009. The respondent in the case was a son from the second marriage. He appl­ied for compassionate appointment on the death of his father, but his application was rejected on March 6, 2012, by the Railways.

The High Court held that Section 16 of the Hindu Marriage Act (HMA), 1955, recognises the legitimacy of a child born from a marriage which is null and void under the provisions of Section 11. Under Section 11, any marriage solemnised after the commencement of the Act shall be null and void and may, on a petition presented by either party against the other, be so declared by a decree of nullity if it contravenes any one of the conditions specified in Clauses (i), (iv) and (v) of Section 5.

There were earlier judgments in similar cases in other courts. A circular issued by the Railway Board in 1992 disqualifying children born of a void marriage from being eligible for compassionate appointment was set aside by a division bench of the Calcutta High Court in Namita Goldar vs Union of India in 2010. In 2000, in Rameshwari Devi vs State of Bihar, the Supreme Court had upheld the entitlement of the family of a deceased employee to pensionary benefits notwithstanding the fact that he had contracted a second marriage. Given this legal background, the Bombay High Court found no reason to differ with the view of CAT.

The centre went to the Supreme Court and in its submissions argued that compassionate appointment was not an alternative source of employment or recruitment; it is not a matter of a heritable right and depends on the extant rules or schemes under which such benefits or facilities are envisaged. It further said that Section 16(3) of the HMA envisages that a child born from a marriage which is void under Section 11 has a claim only in respect of the property of the parents and no further.

The centre also contended that the Supreme Court’s decision in Rameshwari Devi is distinguishable since pension is a matter of right as a result of the previous service of an employee and therefore, represents an entitlement in the nature of property. The State, the centre argued, can deny compassionate employment to children of a void marriage, as a legitimate instrument of its policy to discourage bigamy.

The counsel for the respondent argued that while the centre could assert that a second spouse is not entitled to compassionate appointment, such a facility could not be denied to children from a second marriage once their legitimacy operates as a matter of law.

The Supreme Court, relying on a previous judgment, held that the reason behind a provision for grant of compassionate employment is to enable the family of the deceased employee to tide over the sudden crisis resulting from the death of the bread-earner. It is an exception to the general rule that recruitment to public services should be on the basis of merit.

The Court held that legitimacy of a child born from a marriage which is null and void is a matter of public policy. This is in order to protect such a child from the consequences of illegitimacy. The bench made it clear that it was not open to the State, while making schemes or rules, to lay down a condition which is inconsistent with Article 14 of the Constitution.

The bench held that the effect of the Railways circular was that, irrespective of the destitution a child born from a second marriage of a deceased employee may face, compassionate employment is to be refused unless the second marriage was contracted with the permission of the administration. Such a condition of exclusion is arbitrary and ultra vires, the bench concluded.

Any stipulation or condition which is imposed must have or bear a reasonable nexus to the object which is sought to be achieved, the bench held. Children do not choose their parents; to deny compassionate appointment though the law treats a child of a void marriage as legitimate is deeply offensive to their dignity and is offensive to the constitutional guarantee against discrimination, the bench added.

The bench considered it improper on the part of the Railway Board to issue a fresh circular on April 3, 2013, reiterating the terms of the earlier circular dated January 2, 1992, even after the decision in Namita Goldar, which attained finality.

The Supreme Court directed the Railways to take a decision on the application of the respondent for compassionate appointment within three months from December 11, 2018.

Through this judgment, the Supreme Court upheld the principle that discrimination between two classes of legitimate beneficiaries—legitimate children in this case—would defeat the whole purpose of ensuring the dignity of the family of an employee who died in harness, and was therefore unconstitutional.