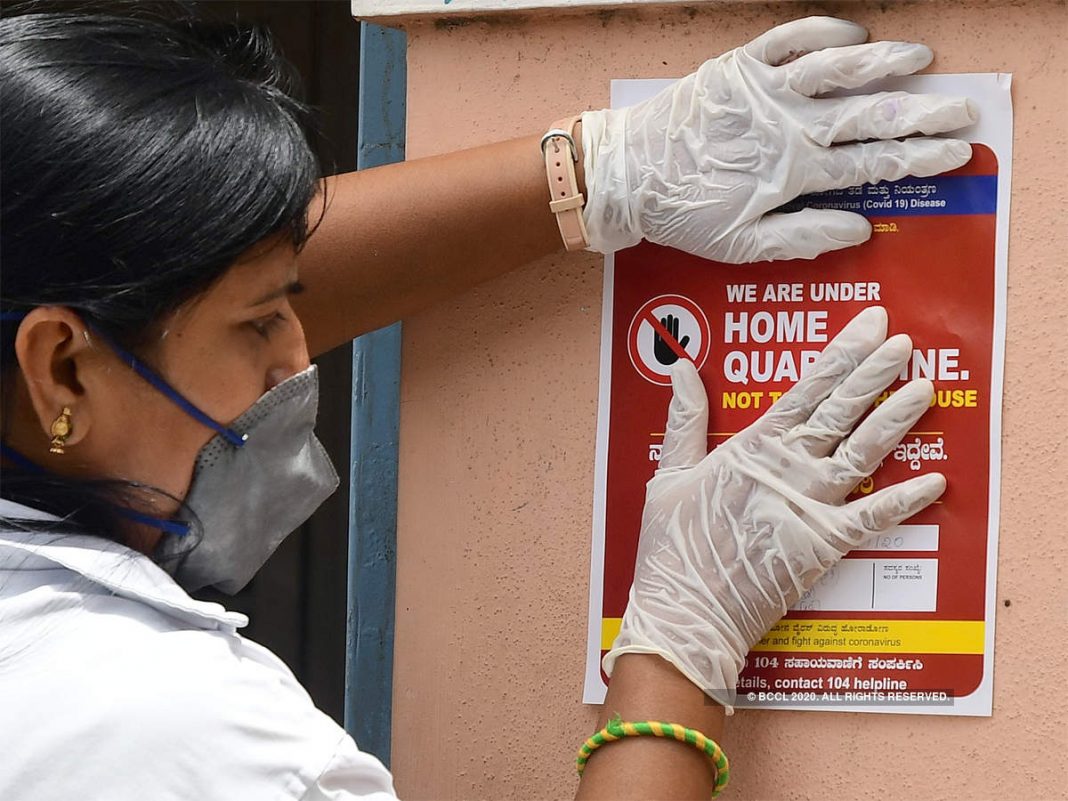 The Supreme Court bench of Justice Ashok Bhushan, Justice Subhash Reddy and Justice M.R. Shah on Thursday reserved orders in the plea challenging the affixing of posters outside the homes of Covid-19 patients since it becomes the basis for discrimination against them. Justice Bhushan asked Solicitor General Tushar Mehta whether the government can issue a state-wise advisory that such acts should not be followed by the states, to which Mehta said an advisory of the Central government has already been issued to the states.

To this, the petitioner’s counsel said there should be a direction from the government to stop such acts once and for all.

Earlier, the Delhi High Court had said posters outside the homes of Covid-19 patients are being posted with the names which are being circulated and these people are being treated as outcasts.

Advocate Kush Kalra had moved the High Court challenging the affixing of posters outside the homes of Covid-19 patients as a mark of identification, as well as divulging names of such patients to housing societies’ management and resident welfare associations. He has submitted that such disclosure of the identity of patients is in gross violation of their fundamental right to privacy. The Constitution does not and can never permit discrimination on the ground of illness and physical suffering, he further mentioned in the plea.

Kalra has also submitted that affixing posters outside their homes lead to their illness being widely publicised among other residents of a colony or apartment complex as well as household staff of neighbours, vendors, passers-by and other unrelated persons.