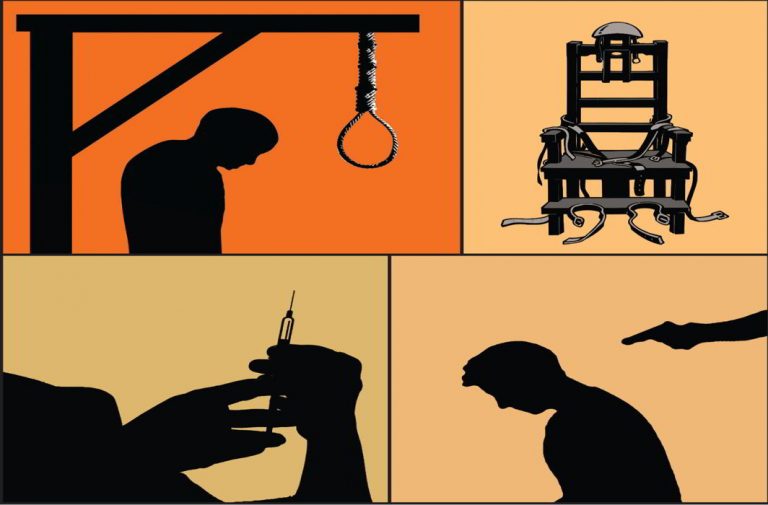 Based on a petition, the apex court wants to reconsider an earlier decision on carrying out death sentence by hanging so that the convict does not suffer any pain

The death penalty is considered inhumane, degrading and in violation of human dignity, although it has stood the test of constitutionality. It is, therefore, strange that the Supreme Court wants to review one of its earlier decisions which justified carrying out death sentence by hanging because alternative methods had not proved to be less painful. That decision was laid down by a three-judge bench in Deena alias Deen Dayal and Others v Union of India and others in 1983.

On October 6, the apex court bench of Chief Justice of India Dipak Misra and Justices AM Khanwilkar and DY Chandrachud decided to hear a petition filed by a public interest litigant, Rishi Malhotra, a Supreme Court lawyer, to reconsider the Court’s earlier decision in Deena alias Deen Dayal. In his petition, Malhotra has challenged the constitutional validity of Section 354(5) of the Code of Criminal Procedure, 1973 which says: “When any person is sentenced to death, the sentence shall direct that he be hanged by the neck till he is dead.”

Malhotra argued that when a person is hanged, his dignity is destroyed. He submitted that a person must have dignity even in death. He further contended that a convict whose life has to end because of a conviction and sentence should not be compelled to suffer the pain of hanging.

Having heard Malhotra, the SC bench expressed its prima facie view that the legislature can think of some other mode by which a convict who has to face the death sentence should die without pain. The bench observed: “It has been said for centuries that nothing can be equated with painless death and that is, possibly, the dignity in death.”

It is indeed ironical that one of the judges of this bench, Justice Chandrachud, would be reviewing a decision rendered by his father, former Chief Justice of India, YV Chandrachud. He had authored the judgment in Deena alias Deen Dayal for himself and on behalf of Justices RS Pathak and Sabyasachi Mukharji.

One of the judges of this bench, Justice DY Chandrachud, would be reviewing a decision rendered by his father, former Chief Justice of India, YV Chandrachud.

In Deena alias Deen Dayal, the petitioners who were sentenced to death for murder were awaiting execution and pleaded that hanging by rope was a cruel and barbarous method to do so. Therefore, Section 354 (5) of the CrPC, which prescribes that method, was violative of Article 21, they said.

The respondents in that case had submitted that executing a death sentence by hanging was quicker and less painful than other methods. They also argued that Article 21 did not postulate that no pain or suffering shall be caused in the execution of a sentence lawfully imposed by a court, including the sentence of death.

The Union of India had submitted in Deena alias Deen Dayal that the Court’s evaluation of the method of hanging prescribed by law had to be inevitably subjective, almost to the point of being legislative in character, which must be avoided at all costs.

The three-judge bench in this case held that hanging by rope was not a cruel mode of executing the death sentence. It held that hanging consisted of a mechanism which was easy to assemble; preliminaries to the act were quick and simple and were free from anything that would unnecessarily sharpen the poignancy of the moment.

The bench further concluded that the chances of accident during hanging could safely be excluded and eliminated the possibility of a lingering death. They said that unconsciousness occurs almost immediately after the process is set in motion and death follows as a result of dislocation of the cervical vertebrae.

The bench had further explained that the system of hanging would avoid to the full extent the chances of strangulation, which are due to the drop being too short, or decapitation which is due to it being too long.

The Court, in Deena alias Deen Dayal,  held that the mechanism of hanging was easy to assemble and the preliminaries to the act were quick and simple.

The bench added: “The conclusion that the system of hanging is as painless as is possible in the circumstances, that it causes no greater pain than any other known method of executing the death sentence and that it involves no barbarity, torture or degradation is based on reason, supported by expert evidence and the findings of modern medicine.”

More importantly, the bench agreed that when a prisoner is sentenced to death, it is lawful to execute that punishment and that only. “He cannot be subjected to barbarity, humiliation, torture or degradation before the execution of that sentence, not even as necessary steps in the execution of that sentence. The process of hanging does not involve any of these directly, indirectly, or incidentally,” the bench concluded.

Specifically, the bench in Deena alias Deen Dayal held that none of the alternatives to hanging, namely, electrocution, lethal gas, shooting or lethal injection had any distinct or demonstrable advantage over it.

It said: “The general belief that death by electrocution is entirely painless is not free from doubt. That apart, failure of electrical energy, supplied by commercial undertakings has been considered in America as an impediment in the use of the electric chair. With frequent failures of electric power in our country, the electric chair will become an instrument of torture. The Royal Commission on Capital Punishment (UK) was not satisfied that executions carried out by the administration of lethal injections would bring about death more quickly, painlessly and decently in all cases….”

There has been no final answer to the debate simply because one cannot experience different methods of death and live to tell which is more or less painful.

The Royal Commission had rejected other alternatives such as shooting by a firing squad as uncivilised. It described the suggestion to put the convict to sleep by a sleep-inducing injection before applying other methods like electrocution or gas chamber, as involving torture to an uncommon degree. Painless punishment, the bench had held, was a contradiction in terms. The only prohibition of Article 21 was that the death sentence cannot be executed in a cruel, barbarous or degrading manner, it explained.

In his petition, Malhotra has drawn a comparison between the time taken in the hanging process (which he estimated as 40 minutes), and the shooting process or intravenous lethal injection, which take much less time. He said that lethal injection does not lead to a lingering death, as unconsciousness takes place immediately after the application of anaesthesia and the prisoner dies in his sleep. Besides, he has pointed to the anomaly of other Acts like the Air Force Act, 1950, the Army Act, 1950 and the Navy Act, 1957, permitting execution either by hanging or by being shot to death.

There is something grotesque in the criticism of hanging as a method of execution because the critic is only uncomfortable with the suffering of a prisoner if the process does not lead to instant death. A prisoner, who knows he would soon be subjected to lethal injection or shooting, is likely to undergo an equal degree of trauma as in hanging.

This is not to suggest that there is no debate worldwide on less painful methods of executing a prisoner. Indeed, there is (see box). But there has been no final answer to it simply because one cannot experience different methods of death and live to tell which is more or less painful.

The Supreme Court’s decision to reopen the question of hanging because the constitutional perspective does not remain static is open to question. The Court’s assertion that a provision that was once held to be valid becomes invalid with the passage of time is more relevant to the review of the constitutionality of death penalty than the method of its execution.