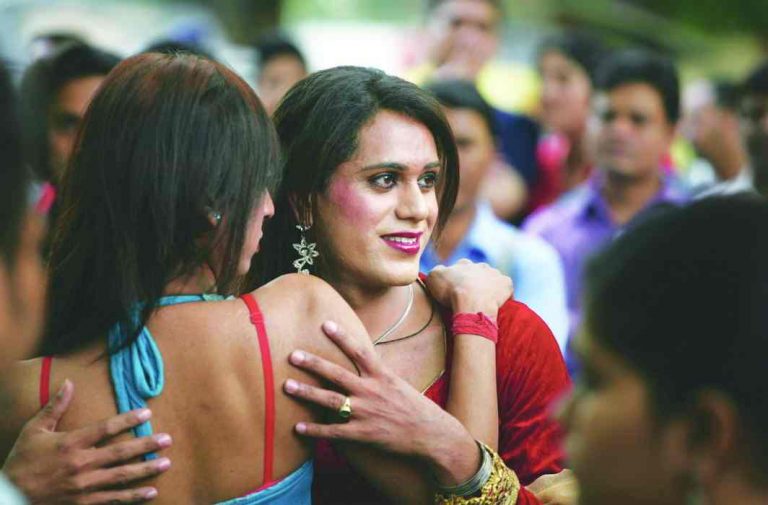 Constitution Bench to resume hearing arguments over validity of Section 377 on Tuesday; observations by judges raise hope of decriminalising homosexuality

The third day of arguments in the Supreme Court over the validity of Section 377 of the Indian Penal Code (IPC), which criminalises homosexuality, saw progressive observations being made by the Constitution Bench against the archaic law.

The proceedings in the case, on Thursday (July 12), are bound to raise hopes among members of the LGBTQ (Lesbian, Gay, Bisexual, Transgender and Queer) community which has been fighting a long legal battle demanding decriminalisation of homosexuality. It is important to note that Thursday’s proceedings come a day after the Centre, which had earlier been advocating status quo on Section 377, left it to the “wisdom of the court” to decide whether the said legal provisions should stay or be quashed.

Chief Justice Dipak Misra, who heads the Constitution Bench that also comprises Justices Rohinton F Nariman, AM Khanwilkar, DY Chandrachud and Indu Malhotra, provided what could be interpreted as the possible trajectory that the final verdict in the case is likely to follow.

“A declaration from the court (of scrapping Section 377) will remove the ancillary disqualifications for people joining services, contesting elections. It will no longer be seen as moral turpitude,” Chief Justice Misra observed.

The observation by the CJI and similar comments from other members of the bench came after advocate Jayna Kothari, representing Dr. Akkai Padmashali and two others, spoke on the branding and ostracisation suffered by the transgender community from both law and society. Kothari submitted before the court that laws like the Andhra Pradesh (Telangana Area) Eunuchs Act still criminalised transgender persons while Section 36A of the Karnataka Police Act of 1963, which was amended in 2016, saw transgender persons as a criminal class.

Reformist observations were made by Justice Chandrachud who said any law criminalising a community for their sexuality was an example of “social disdain”. Stating that homosexuality is “not an aberration but a variation”, Justice Malhotra also observed that members of the LGBTQ community are discriminated against and, therefore, neither seek healthcare nor get proper access to it.

The bench asked lawyer Maneka Guruswamy, appearing for one of the petitioners in the case, whether there was any law, rule, regulation, bye-law or guideline that barred or restrained homosexuals from availing any right available to others. “There are no such provisions,” Guruswamy said, to which the bench then added: “Once the criminality (under section 377) goes, then everything will go (all the bars, social stigma and others).”

Justice Chandrachud referred to section 21A of the Mental Healthcare Act which says “there shall be no discrimination on any basis including gender, sex, sexual orientation, religion, culture, caste, social or political beliefs, class or disability”. He then observed: “Parliament itself recognises that sexual orientation cannot be a ground for discrimination.”

While Justice Chandrachud’s observation about the Healthcare Act passed by Parliament not discriminating between people on the basis of their sexual orientation reflected on an ideal interpretation of the said law, Justice Malhotra succinctly brought out the reality.

“The members of the community feel inhibited to go for medical aid due to prejudices against them. They (LGBT) do not get proper medical care because of these inhibitions even in the medical fraternity. It is not human beings alone who indulge in homosexual acts, many animals also show homosexual behaviour; it is not an aberration but a variation,” Justice Malhotra said. She added: “Homosexuals don’t disclose their sexuality and due to family pressure, etc. get into marriages. Then frustration leads to bisexuality; and what about the trauma of off springs who come to know one parent is homosexual (sic).”

The observations came when senior advocate CU Singh, appearing for one of the interveners, said mere striking down of Section 377 will not serve the purpose as the LGBTQ community are being discriminated against on various counts.

When a lawyer opposing decriminalising homosexuality told the bench that the Centre should have elicited views of medical experts and the public before assisting the court in the matter, Chief Justice Misra snapped at him saying: “We don’t decide constitutional issues by referendum; we will follow Constitutional morality”.

Senior advocate Manoj George, who is appearing for two Christian associations supporting Section 377, opposed the demand of the petitioners to declare the IPC provision as “unconstitutional”, saying the government had made a U-turn on the issue by now urging the court to decide on its validity. Taking exception to his submission, Justice Khanwilkar said: “It’s not a U-turn. Why can’t you see it as a development of the law. After that Puttaswamy judgment (right to privacy) has come.”.

The bench then concluded hearing the arguments in the case for the day and posted the matter for next hearing on July 17.

Section 377, an over 150-year-old colonial provision in the IPC, refers to unnatural sexual offences and says whoever voluntarily has carnal intercourse against the order of nature with any man, woman or animal, shall be punished with imprisonment for life, or with imprisonment of either description for a term which may extend to 10 years, and shall also be liable to pay a fine.

The government had, during the proceedings on Wednesday, left it to the apex court to test the constitutional validity of Section 377, a stand it reiterated in the court on Thursday through Additional Solicitor General Tushar Mehta.

However, the Centre has also urged the court to not rule on other contentious issues linked with homosexuality like sanction and rights for gay marriages, adoption and ancillary civil rights of the LGBTQ community. The bench made it clear on Thursday that it was not open to considering these issues and that it would rule only on the issue of constitutional morality of Section 377.