The Supreme Court had appointed the panel to study the acute demand for oxygen in Delhi hospital during April-May 2021, the peak of the second wave of Covid-19. The newspapers were filled with reports of people dying due to oxygen shortage. 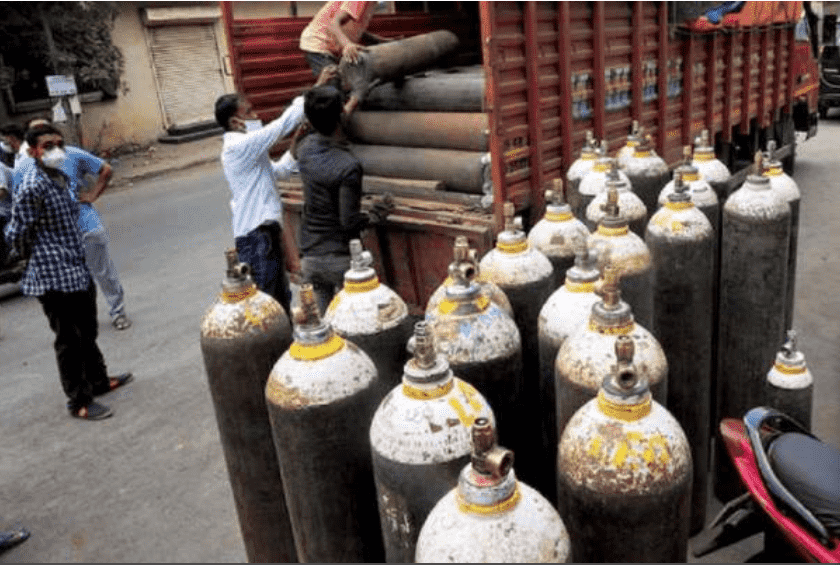 The Supreme Court-appointed oxygen audit committee has reportedly found that the Delhi government exaggerated Delhi’s oxygen requirement by more than four times during April 25-May 10, 2021, the peak of the Covid-19 second wave.

The Aaam Aadmi Party government of the National Capital Territory of Delhi (GNCTD), however, denied the charge, alleging BJP leaders have made up the report themselves.

The affidavit, placing the reports on record, was filed by Nipun Vinayak, a Joint Secretary in the Ministry of Health and Family Welfare.

According to the report of National Task Force (NTF), it was noted that the second wave of Covid-19 witnessed a rapid surge in active cases, resulting in a sudden, enormous increase in the requirement of medical oxygen. Various measures were undertaken by the Central Government in coordination with the State Governments to address this challenge. These were presented in detail to the Subgroup on oxygen-related issues, wherein other expert NTF members were also present.

“As on May 25, 2021, the total daily oxygen allocation made to various States/UTs under the allocation/supply plan was a total of 10,250 MT. This allocation is more than the daily installed production capacity for liquid oxygen in the country, and the supply for this allocation was made possible by the various interventions,” the report said.

The report mentioned that a formula needs to be developed for the calculation of oxygen requirement for the primary, secondary, and tertiary -level hospitals based on the number of oxygen beds and ICU beds.

Considering the near simultaneous spike in demand for medical oxygen in high-burden states, resulting in pressure of heavy demand on the limited manufacturing plants in these areas, it became imperative to additionally tag the rapidly increasing demand for LMO to sources of liquid oxygen in the steel plants on the eastern side. To support the movement of the liquid oxygen from steel plants, a logistical plan that included support from the Air Force and Railways was put in place.

Moreover, considering the continuous need to bolster the oxygen supply in the country, as an urgent measure, a total quantity of 1385 MT of LMO in several consignments have been imported into the country from the UAE, Bahrain, Kuwait, Qatar, Singapore.

It was highlighted in the report that the Empowered Group on Oxygen was continuously working to ensure installation and commissioning of PSA plants, procurement of oxygen concentrators, oxygen cylinders and ISO containers, in a timely manner.

Private sector is being encouraged to strengthen their manufacturing capacities and public sector units are also exploring means to enhance production through technical interventions. States are also developing comprehensive medical oxygen plans and strengthening the infrastructure for medical oxygen in the public and private sector, it said.

Further, as the interim report of oxygen report Audit in NCT of Delhi headed by AIIMS Director Randeep Guleria informed the Court that Delhi required around 300MT oxygen, the Kejriwal government raised this demand by about four times to 1,140MT.

It was noted that there were certain hospitals that had reported negative consumption. While some negative consumption may have occurred due to more supplies than use, in some cases, the values were too large to be correct. The actual consumption data was thus again revised after deleting the negative values and replacing deemed erroneous values with recommended consumption values .

In the audit report, it was also pointed out that in the data provided by Delhi Government for consumption from April 29 to May 10, there were no negative consumption values, and the consumption did exceed 350 MT on any of the recent days. However, the possibility of incomplete/underreporting could not be excluded.

“There is a variation in the number of ICU beds and non-ICU beds reported in proforma compared to the total number of around 5500 ICU 14 54 Interim Report on Oxygen Audit of NCT of Delhi beds and over 18000 non-ICU beds, as stated to be functional by the Government of Delhi.

“Requirement of oxygen for balance ICU and non-ICU beds, home isolation, nursing homes and non-COVID healthcare should also be factored in, while calculating the oxygen requirement for NCT Delhi. Certain hospitals have responded that they do not have adequate oxygen supply to meet their daily demand,” it added.

Further, the Petroleum and Oxygen Safety Organisation (PESO) reportedly told the SC-appointed sub-group that the “National Capital Territory of Delhi had surplus oxygen, which is affecting liquid medical oxygen (LMO) supply to other states”. It noted that the situation may lead to a national crisis, according to the news report.