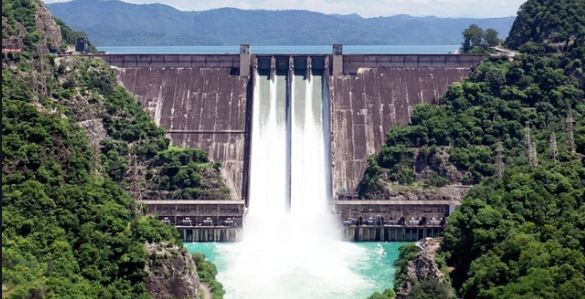 The Supreme Court has issued notice to the states of Punjab, Haryana and the Bhakra Beas Management Board (BBMS) on a plea of the Delhi Jal Board against the proposal to cut off 25 percent water supply to Delhi. The bench of Chief Justice S.A. Bobde, Justice A.S. Bopanna and Justice V. Ramasubramanian directed Haryana and Punjab to maintain the status quo till March 26.

The Delhi Jal Board counsel made the complaint to the court that there is a 25 percent curtailment of their part of water supply. The counsel submitted that construction work is going on at the Bhakra Nangal Dam and prayed to the court that it should direct the Punjab government to stop the work.

To this, the Bhakra Beas Management Board replied that construction work is going on to repair channels that led to the disruption in water supply.

The DJB counsel made the allegation on the Haryana government that they are being supplied water which is 25 percent less than what was agreed. And, if the court pleases it can send the Court Commissioner to inspect the situation in Haryana.

To which CJI Bobde said, “Since it is about fundamental right to have water, we will appoint a court commissioner if a necessity will arise.” Besides other arguments, the DJB alleged that the level of ammonia is very high in water which is being supplied to Delhi.

Haryana government counsel submitted that all the allegations levelled by the Delhi Jal Board are wrong and they are supplying sufficient water to Delhi. The bench held that this matter is of great urgency and adjourned the hearing till March 26.