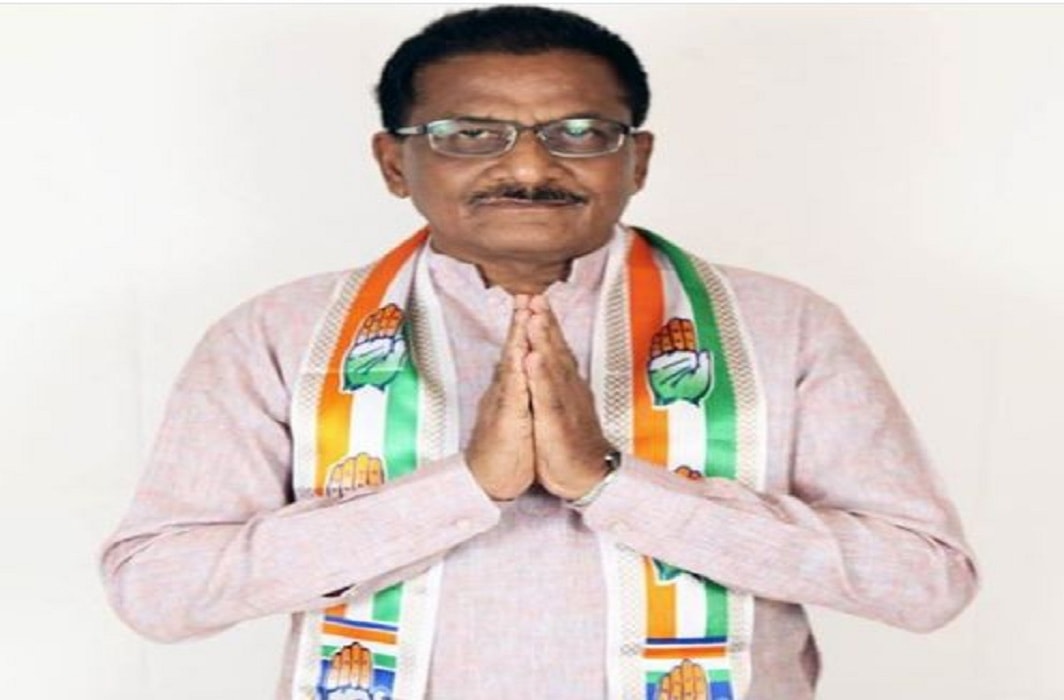 In taking vital decisions, is the Election Commission of India getting influenced by the political exigencies of the ruling BJP ?

The Supreme Court order on Monday staying the by-election to Talala constituency in Saurashtra region of Gujarat has shed light on the process leading to the disqualification of Congress legislator Bhagabhai Barad. More than anything else, it shows an undue haste in implementing the law at all levels—both in the process of disqualifying the legislator and the sudden announcement of the Assembly by-election alongside the Lok Sabha polls.

As Barad went through the serpentine legal process seeking redressal for his grievance, there was little solace until he reached the apex court. A bench of the Supreme Court led by Chief Justice Ranjan  Gogoi with Justice Deepak Gupta and Sanjiv Khanna on April 1, provided relief to the Congress legislator, stayed the by-poll and has sought a reply from the Election Commission.

Barad was accused of illegal mining of limestone worth Rs 2.83 crores in Sutrapada area in an FIR lodged against him in 1995. He was convicted under section 379 of the IPC to two years and nine months imprisonment for the theft, almost 24 years later by a court on March 1, 2019. He was disqualified as MLA by the Gujarat Assembly Speaker Rajendra Trivedi on March 5.

Barad challenged his conviction and the principal district judge, Veraval in Gir Somnath district , M M Babi stayed it on March 9 and even allowed his plea seeking suspension of the sentence as well as bail until the pendency of the appeal. ”Barad’s lawyer, Rajesh Buch said that this was necessary to allow him to continue as MLA. Soon after the leader of the Congress opposition in the Vidhan Sabha, Paresh Dhanani met the speaker and presented the court order suspending his conviction alongside a memorandum seeking his reinstatement. Dhanani said that the Speaker had assured him that he would take a decision after going through the documents.

Apparently in a tearing hurry to get the Congress MLA out of the way, the BJP government moved the High Court on March 11 challenging the stay. On March 15, single judge bench of justice Sonia Gokani set aside the stay and asked the sessions court to once again apply its mind, noting that lower courts should stay convictions in only rare cases. However the hearing in the sessions court could not take place as scheduled on March 25 as the judge in question went on leave till April 1.

Barad who approached a division bench of the High Court on March 11 challenging his disqualification  as well as the’ hasty’ decision of the Election Commission in declaring  the by-election to Talala on March 10  despite their being a stay on his conviction at that point of  time, failed to get any relief.

The division bench of justice SR Brahmbhatt and justice VB Mayani dismissed Barad’s plea on March 27 on the ground that his conviction and his sentence in the theft case” subsists as of today” since the stay had been set aside by the single judge bench. The bench also clarified that since the conviction subsists it is not examining other issues and arguments canvassed by the contending parties. It also ruled that conviction automatically leads to disqualification so the seat stood vacated and therefore it did not want to interfere in the Election Commission process. Thus post the High Court order the by-election stood to be held on April 23 along with the lok sabha elections to 26 seats in Gujarat with April 4 being the last date for filing nominations.

On March 28, Barad moved the Supreme Court which after preliminary hearing on April 1, stayed the Talala by-election and issued notice to the election Commission. It took exception to the unusual hurry by the poll body in notifying  election and without taking notice of the stay then in existence. ”How can you declare the seat to be vacant on March 10 when his conviction was stayed on March 7?” the bench noted.

While the process of law is best left to the wisdom of the judiciary, it is the political implications and the selective pursuit of a friend and foe attitude by the ruling BJP that is cause of concern.

In June 2013, water resources minister Babubhai Bokharia, a senior minister in the Narendra Modi government, who was sentenced to three years imprisonment by a Porbandar court in a Rs 54 crore illegal limestone mining case of 2006 along with some others did not face such a disqualification. His conviction had also been stayed by the sessions court. But the state government did not challenge the stay.

After the complaint in 2006, Porbandar police had arrested him in 2007 since he had left the country after the complaint and was declared a proclaimed offender. The High Court had later released him on bail. In the Gujarat Vidhan Sabha elections in December 2012, he had contested the elections, defeated Gujarat Congress president Arjun Modvadia and had been made cabinet minister in the Modi government in the state. In November 2014, Bokharia was acquitted in the case. At one point of time he had faced numerous criminal charges but the taint did not prevent him from a senior minister ship in the Modi cabinet in Gujarat.

The Rs 400 crore fisheries scam dating back to 2008 when Dilip Sanghani and  Purshottam Solanki were ministers in the Modi cabinet in Gujarat is a continuing saga that refuses to end. Solanki then MOS fisheries and currently state minister for animal husbandry and cow protection, granted fishing contracts for 58 reservoirs in the state to ’favourite’ parties. Sanghani was then agriculture minister. There were allegations of corruption and an aggrieved contractor knocked the doors of the High Court which scrapped the Rs 2.4  crore contract granted by the minister. A repeat tender fetched Rs 45 crores. Maradia, the contractor who had gone to court claimed that the loss to the public exchequer over ten years amounted to a sum of Rs 400 crores.

Maradia again approached the High Court seeking prosecution of Solanki. The matter turned controversial in 2012 when Governor Kamla Beniwal granted sanction to prosecute the minister but the Modi government challenged her decision in the High Court but lost.

The over decade long case still continues to be a litigation in progress. In December last the High Court had refused to quash a lower court proceedings against the two in connection with the Rs 400 crore scam. Justice J B Pardiwala rejected the quashing petition filed separately by the two in 2017 and ordered them to appear before the Gandhinagar court in two weeks. Solanki, ailing with kidney complications has not done so till date. The anti-corruption bureau (ACB) among other things, had noted that Solanki had changed the policy which he was not competent to do. Solanki, incidentally also figured in the Srikrishna Commission report on the 1993 Mumbai riots where he is alleged to have led killer mobs. He is also a former TADA detainee. A warrant of arrest for non-appearance before a court is out for an incumbent minister of the Gujarat government. But eyebrows don’t go up because they have the right party credentials.