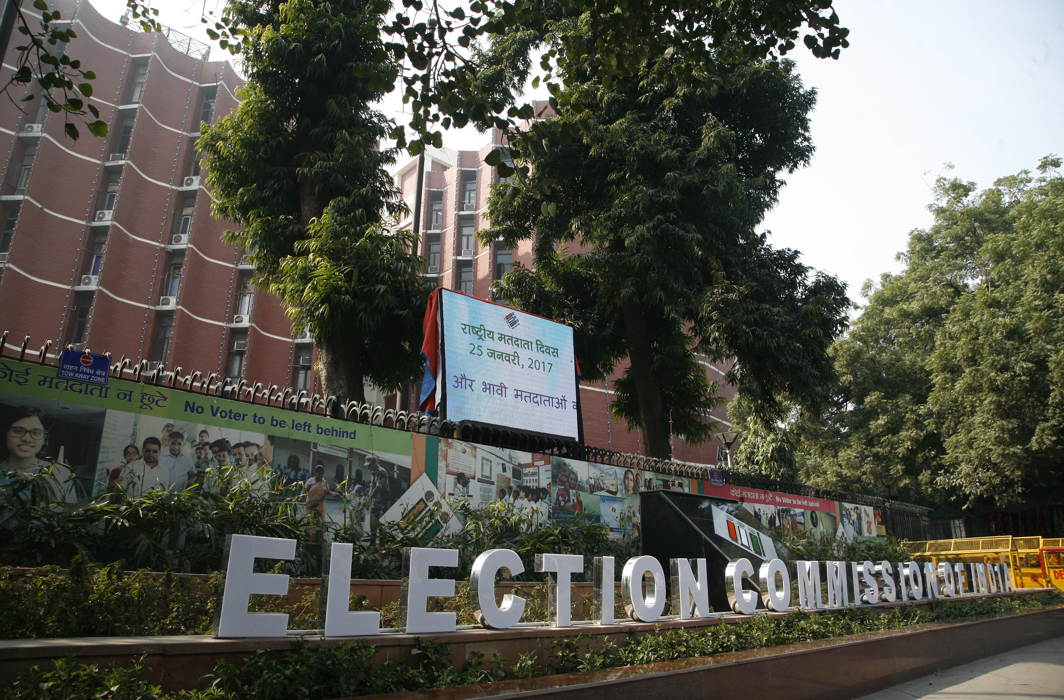 Above: The Election Commission’s role in ensuring free and fair polls has been challenged in recent times/Photo: Anil Shakya

A recent petition in the Court seeking a collegium to appoint election commissioners has been referred to a constitution bench, and it augurs well for democracy

The office of the chief election commissioner (CEC) is now under the spotlight. On October 23, a petition before a bench of Chief Justice of India (CJI) Ranjan Gogoi and Justice Sanjay Kishan Kaul sought the appointment of the CEC and the two election commissioners (ECs) by an independent collegium.  At present, the election commissioners are appointed by the centre, and the seniormost among them is elevated as CEC when the incumbent retires at 65 years.

The petitioner, Anoop Baranwal, said that if the government remains the sole appointing authority, it would compromise the Election Commission’s independence over the years. A collegium comprising persons independent of the government can ensure minimal interference from it and fair and transparent appointments, he claimed.

However, Attorney General KK Venugopal tried to persuade the bench not to entertain the petition because no CEC had been found guilty of abusing his official position so far. But his answer failed to satisfy the bench as it did not explain why the centre was against the collegium proposal to select ECs. The ECs are, after all, entrusted with the onerous responsibility of superintendence, direction and control of the preparation of electoral rolls for conduct of elections to the parliament and to state legislatures and of elections to the offices of the president and vice-president.

The collegium proposal, on the face of it, seeks to broadbase decision-making and to lay down criteria for choosing the best person for the posts of ECs, especially when there are many claimants. The present system of appointment is not only opaque, but by convention, restricts the choice to only former civil servants, who have all along been loyal to the party in power. It is naïve to expect that such civil servants, on the verge of retirement, would demonstrate independence and objectivity once appointed as ECs. It is not clear why persons from other walks of life, especially the judiciary and media, cannot be considered for the posts of ECs as the Constitution does not lay down any fixed eligibility criteria for their appointment.

The bench said: “The matter relates to what the petitioner perceives to be a requirement of having a fool-proof and better system of appointment of members of the Election Commission. Having heard the learned counsel for the petitioner and learned Attorney General for India, we are of the view that the matter may require a close look and interpretation of the provisions of Article 324 of the Constitution of India. The issue has not been debated and answered by this Court earlier.  Article 145 (3) of the Constitution of India would, therefore, require the Court to refer the matter to a Constitution Bench. We, accordingly, refer the question arising in the present proceedings to a Constitution Bench for an authoritative pronouncement. Post the matter before the Hon’ble Chief Justice of India on the Administrative Side for fixing a date of hearing.”

The order makes it clear to any reader that the CJI is not only keen that this case be heard by a constitution bench, but also wants to fix a date of hearing so that he can see an order delivered before his tenure ends on November 17 next year.

Article 324(2) of the constitution requires that the Election Commission shall consist of the CEC and such number of ECs, if any, as the president may from time to time fix. It also says that these appointments shall, subject to the provisions of any law made in that behalf by parliament be made by the president.

The bench took note of the submission by Venugopal that, at present, the cabinet makes the selection in pursuance of the Transaction of Business Rules of 1961. The AG, while asking the bench not to entertain the petition at the admission stage, refuted the assumption of the petitioner that the appointment of members of the Commission is based on considerations which favour the party in power. “Only the most eminent persons, who the government regards as independent, are so appointed,” claimed Venugopal. He cited the names of previous CECs, namely, Nagendra Singh, TN Seshan, JM Lyngdoh, N Gopalaswami, VS Sampath and SY Quraishi, all of whom, he claimed, added lustre to the Commission over the years and made it synonymous with independence, neutrality and fairness.

While the bench seemed to broadly agree with his submissions, he failed to satisfy it about why the collegium proposal should be inconsistent with the Commission’s record of being the impartial and independent body overseeing the conduct of elections.

The petition was filed in the apex court at a time when the EC’s role in ensuring free and fair elections has come under challenge from both State and non-State actors—be it the timing and scheduling of various phases of elections or maintaining a level playing field among the candidates by ensuring that all adhere to the Model Code of Conduct both before and during the elections. At times, the EC has pleaded its helplessness in taking a proactive step to ensure free and fair elections because of the silence of the law in empowering it or in terms of its reluctance to use its “reservoir of powers” under Article 324 to avoid controversies of a serious nature. Many of its recommendations to reform the law which were submitted to the government and would empower the Commission have been gathering dust over the years.

An independent Election Commission, wherein the Commissioners owe their powers, duties and responsibilities to the Constitution, rather than the parties in power, would go a long way in ensuring a robust institution. This can be possible if they are appointed by an independent collegium and are free from the pressures of the ruling party.