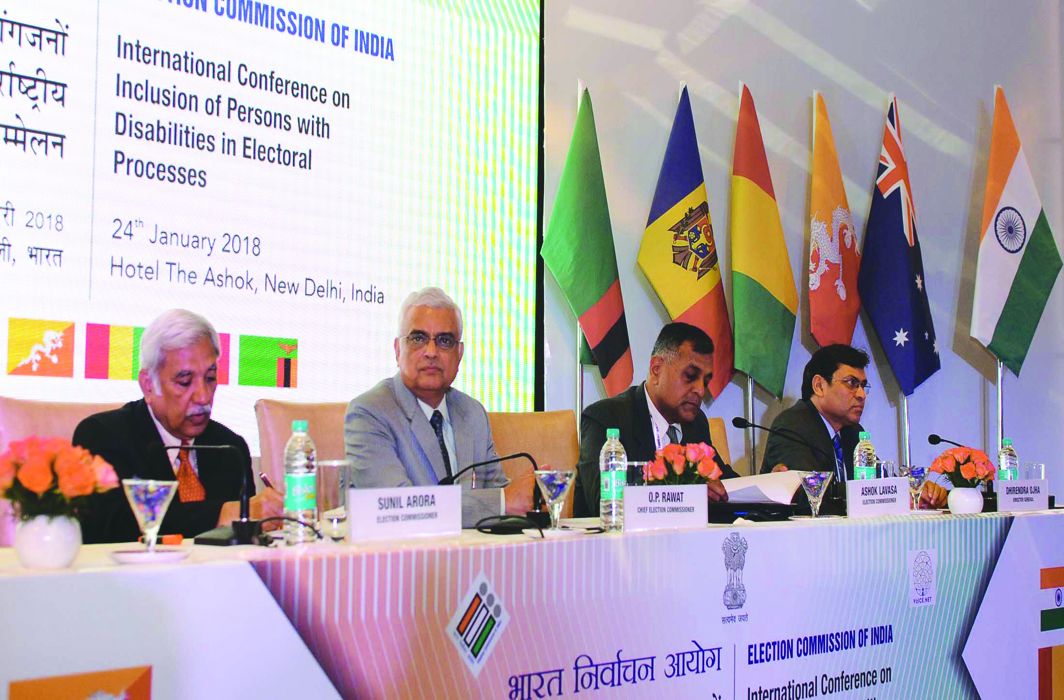 A petition seeks directions to the centre to make the Election Commission of India independent to ensure free and fair elections, which is a basic feature of the Constitution

There can be no debate over the aphorism that free and fair elections are the cornerstone of any democracy. But how best to ensure such elections would depend on the nature of the institution entrusted with the responsibility to conduct them. Article 324 of the Constitution vests superintendence, direction and control of the conduct of all elections to the Parliament and state legislatures to the Election Commission. It also does so for elections to the offices of the president and the vice-president. The Supreme Court has, in a number of cases, interpreted this provision to enable the EC to exercise more powers to ensure free and fair elections, considered a basic feature of the Constitution.

A case filed by Ashwini Kumar Upadhyay last year sought directions from the Supreme Court to the centre to take steps to make the EC even more autonomous than it is at present. On February 19, a Supreme Court bench of Chief Justice Dipak Misra, Justices AM Khanwilkar and DY Chandrachud asked additional solicitor general Pinky Anand to file the centre’s response to the petition when attorney general KK Venugopal expressed his reluctance to assist the court in the matter in view of his disagreement with the centre on the issue.

The first reform sought by Upadhyay was the amendment of Clause 5 of Article 324, which provides that the chief election commissioner (CEC) shall not be removed from office except in the same manner and on the grounds as a judge of the Supreme Court, but is silent on election commissioners. He referred to the Supreme Court judgment in T.N. Seshan v Union of India and others (1995) in which it was held that the CEC is not superior to the election commissioners, but is on par with them. The Court in that case opined that the scheme of Article 324 clearly envisages a multi-member body comprising the CEC and the ECs. “If the CEC is considered to be a superior in the sense that his word is final, he would render the ECs non-functional or ornamental,” the Court had observed. It made it clear that such an intention is difficult to cull out from Article 324 or attribute to the framers of the Constitution. We must reject the argument that the ECs function is only to tender advice to the CEC, the Court had held. 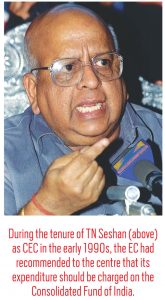 In his petition, Upadhyay argued: “The reason for giving protection to the CEC as enjoyed by the Judge of this Hon’ble Court in matters of removability from office is in order to ensure autonomy to the ECI from external pulls and pressure. However, the rationale behind not affording similar protection to ECs is not explicable. The element of independence sought to be achieved under the Constitution is not exclusively for an individual alone, but for the institution. Hence, autonomy to the ECI can only be strengthened if the ECs are also provided with the similar protection as that of the CEC.”

According to Upadhyay, the present constitutional guarantee is inadequate and requires an amendment to provide the same protection and safeguard in the matter of removability of ECs as available to the CEC.

The Dinesh Goswami Committee on Electoral Reforms (1990) had recommended that the protection of salary and other allied matters relating to the CEC and election commissioners should be provided for in the Constitution itself just as it was in respect of the chief justice and judges of the Supreme Court.

The EC, time and again, in its correspondences with the centre, and in its reports, has said that the current wording of Article 324(5) is “inadequate” and requires an amendment to bring the removal procedures of ECs on par with the CEC to provide them with the same protection and safeguards as the CEC.

The Law Commission too concurred with the view that the expenditure of the ECI should be charged on the Consolidated Fund of India, and recommended the revival of the Bill to bring out this reform.

The present framework of the Representative of People Act, 1951, empowers the centre to make rules after consultation with the ECI, but it is not bound to accept the latter’s recommendations. Upadhyay pointed out that as a result of this lacuna, rules framed or amended by the centre have not been in line with the EC’s recommendations.  “Moreover, there are several instances when rules opposed to the recommendations of the ECI have been framed,” he claimed.

Upadhyay emphasised that many expert bodies have suggested that the rule-making authority should be conferred on the ECI along the lines of the Supreme Court/High Courts instead of the centre, and the new framework must empower the ECI to make rules after consultation with the government rather than the other way round. He said that conferring the rule-making power to the ECI is not only necessary to insulate it from executive/political pressure, but also essential to ensure free and fair elections in the spirit of Article 324.

There is one more reform which Upadhyay discusses in his petition, but does not mention in its prayers: the elevation of the CEC from among the election commissioners by seniority, and the appointment of other election commissioners on the basis of the recommendation of a collegium. While Upadhyay claims he would amend his prayers to include this, the reform which EC has proposed, but which is not currently his concern, is the power to deregister political parties for violating its lawful directions. This, however, is debatable.