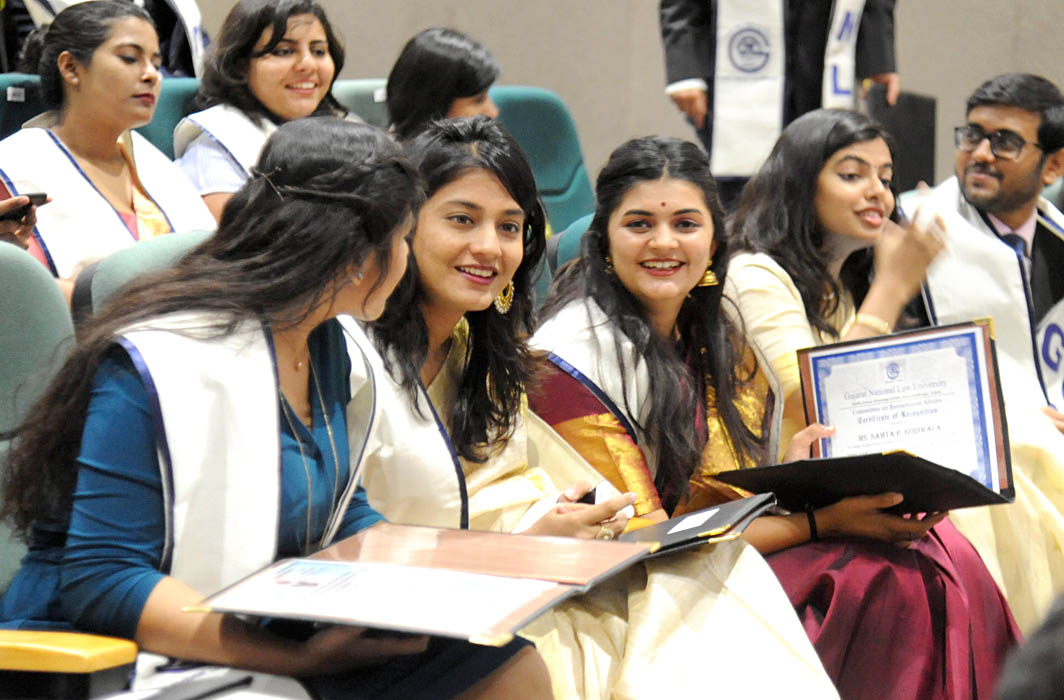 Above: File Picture of students after receiving degrees and medals in Gujarat National Law University (GNLU) in Gandhinagar.

The Supreme Court on Wednesday urged the Bar Council of India to be “more vigilant” and take all steps to ensure that the standards of legal education and best practices remain high. .

“We want you to be more vigilant. Legal education is going on the way those in the power in these colleges want to,” a bench headed Justice SA Bobde told BCI chairperson Manan Mishra while reminding him about the goings on in various law colleges across the country. The court was hearing a matter relating to a plea for having a permanent body to conduct combined law admission tests (CLAT)  for all law colleges across the country

“There is nobody or authority which is actually making inspections and pulling them up for deficiencies. You may have prescribed standards but are you inspecting them? Does anybody go and see what actually is happening in these colleges?” asked the bench.

It told Mishra that the Supreme Court is not going to act as the supervisory body for these colleges despite all kinds of cases relating to law colleges pending before it. “You have the powers and the duty under the statute. You have to do it,” the court told the BCI chairperson.

The Bench also ordered the union ministry of Human Resources Development to convene a meeting of all the parties to the case. The ministry is tasked with submitting a report to the apex court  with its recommendations on how CLAT should be conducted.