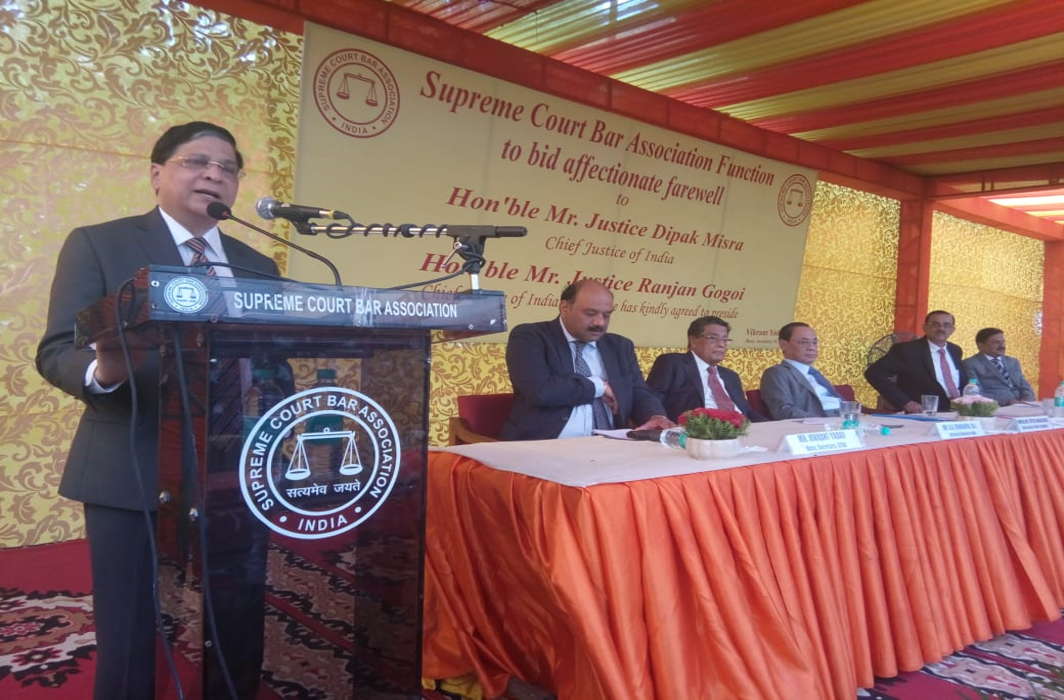 Tumultuous 13 month tenure was dogged by controversies, the unprecedented judges’ revolt but wrapped up with a slew of progressive, reformist judgments

A little over 13 months after he took over as the 45th Chief Justice of India, Justice Dipak Misra, on Monday (October 1), demitted office. He will be succeeded by Justice Ranjan Gogoi, the first judge from India’s north-eastern region to be at the helm of the highest court of the land.

To say that the tenure of the outgoing Chief Justice, who assumed office on August 28, 2017, was tumultuous would be stating the obvious. Justice Misra term leaves behind a mixed legacy – he is the only Chief Justice of the country to have faced a full blown revolt by four of his brother judges – Justice (retired) J Chelameswar and Justices Ranjan Gogoi, Madan B Lokur and Kurian Joseph – over allegations of allotting sensitive cases to selectively to benches headed by junior judges, an aborted attempt by Opposition leaders for his impeachment and accusations of bribery in a case that a bench headed by him dismissed abruptly.

Yet, despite the controversies that dogged him for a better part of his term, Chief Justice Misra maintained a stoic silence on the allegations and accusations flung at him. Instead, he chose to stick to his chores as the man steering the country’s top court.

And, in the last two weeks of his term, he passed a slew of verdicts that forced even his harshest critics to revisit their opinion of him – praising him as a liberal who passed landmark verdicts legalizing consensual homosexual sex, decriminalizing adultery, quashing the centuries-old patriarchal tradition of banning the entry of women to the iconic Sabarimala temple in Kerala and allowing proceedings of the constitution bench to be live-streamed. These verdicts were also preceded by the strident guidelines issued by him to tackle mob-violence and lynchings, landmark directions issued by him to deal with appeals for euthanasia, among others.

There was, expectedly, criticism of the verdicts delivered by the benches headed by him (he did not author these verdicts) for upholding the constitutional validity of the Aadhaar biometric system and refusal for a SIT probe into the arrest of the five activists under investigation for their alleged link to the January 1 Bhima Koregaon communal clash.

However, in balance, it is possible that Justice Misra’s reformist stance in the Section 377, Section 497 and Sabarimala cases would outweigh the criticism coming his way over these other cases.

For many of his critics, however, the judges’ revolt along with the refusal of his bench to order a SIT probe in the mysterious death of judge BH Loya would remain the darkest chapters of his tenure as chief justice.

On Monday, as Chief Justice Dipak Misra steered the proceedings in Supreme Court’s Court No 1 for the last time, a lawyer offered advance greetings for his birthday (October 2) and sang a line of that famous song – tum jiyo hazaaron saal. In an uncharacteristically emotional reaction, Chief Justice Misra thanked the lawyer for the affection but said in his trademark style that he was responding from his heart but would respond with his mind in the evening (a reference to the farewell organized by the Supreme Court Bar Association in his honour).

The farewell predictably saw his successor, Justice Ranjan Gogoi, Attorney General KK Venugopal and SCBA president Vikas Singh and his colleagues lavishing praise on the outgoing chief justice for his stewardship of the top court.

An indication that the end of Justice Misra’s term in the Supreme Court may not mark the end of his services in public institutions came from Attorney General KK Venugopal, who in his address at the farewell ceremony, said: “I do not agree with the idea that judges should not accept post-retirement jobs. If judges do not take up post-retirement jobs, who will man the tribunals?… Years and years of experience would be thrown away (sic).”

While laudatory remarks for Justice Misra by his colleagues on the bench and SCBA office bearers were all very well, what everyone, obviously, was waiting to hear was the sign off by the man himself. And Justice Misra did not disappoint.

Though without naming names or issues, he touched upon topics that were connected with the turmoil he faced during his term as Chief Justice.

“Our judiciary is a strong institution, standing firm in the face of assaults,” he said, adding: “when a debate is lost, scandal becomes the tool of the loser… lawyers must not turn out to be sour losers by imputing motives to everything.”

Given that his term saw a barrage of intermittent attacks from his critics on the way the judiciary was functioning (some even suggested it had been compromised) and what ought to be done to salvage the situation, Justice Misra’s succinct remark on how he would title his autobiography, if ever he penned one, was telling. “No Rhetoric”, he said, “would be the title I would choose”.