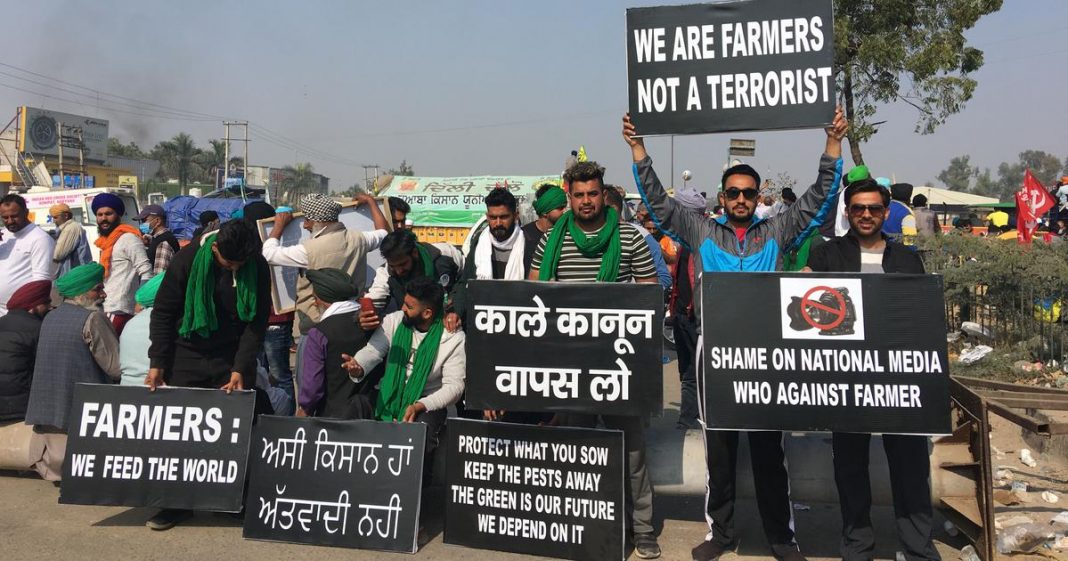 Students of the Panjab University have filed a letter petition before the Supreme Court requesting the Court to consider and reckon the plight of farmers protesting against the new farm laws. Among the demands raised by the students is action against fake news as well as TV news channels accused of misrepresenting facts and of sensationalism.

The open letter written by students of Panjab University’s Centre for Human Rights and Duties, Chandigarh has sought the Apex Court’s immediate intervention to protect the gross neglect of human rights of the protesting farmers. They have stated that they are disturbed and disheartened by witnessing the execrable way in which the Government of India is dealing with its own farmers, who are protesting much peacefully as per their constitutional rights.

The letter has noted that in a democratic country, the will and sentiments of people are sine qua non, but the Government of India is turning deaf and indifferent in toto to the farmer’s plight. The course of action taken by the Government of India is insensitive to the farmers’ sentiments. Farmers in India, who consider land as their sacrosanct mother, are so much threatened, feared, and fretted that they have no way left, but peaceful protests to showcase their pathetical vulnerability even amidst a global pandemic.

After two months of peaceful protests in their home states when farmers decided to approach the capital Delhi, the peaceful protesters were thrashed and walloped that it seemed to be a dreadful crime to raise their voice for their fundamental rights as provided by the supreme law of the nation.

“A hope of cauterization to the festers spawned by callous and indifferent attitude of the Government of India and even illegitimate and unconstitutional use of power.” – the letter read.

The letter has stated that the Court may be aware of the present gruesome situation but may not know the real picture of farmers affliction, distress and agony either because of the biased media, burden of pending cases or some other reason because if the Court acknowledges the plight of farmers from the eyes of human rights students or even bare citizens of India, it will definitely act as judiciary has acted earlier in various similar cases.

The letter, addressed to the Chief Justice of India, has sought the following reliefs in terms of the protesting farmers:

• An inquiry of the Haryana Police, regarding illegitimate use of water cannons, tear gases shells and lathis on peaceful protesting farmers.
• Direction to the Haryana Police and Delhi Police to withdraw all the cases against innocent farmers that were registered under political vendetta.
• Issue Order to look into the cases of illegal detention of protesters.
• Direction to the governments at both Central and State level to ensure the safety of all protesters, and provide basic amenities for all, especially women, children and elderly. Mobile toilet vans should be provided at protest places.
• Issuing guidelines regarding hygienic conditions at protest sites in the backdrop of Covid-19.
• Action to curb fake news and against media channels, engaged in misrepresentation, polarisation and sensationalisation of the whole issue.

The Delhi High Court on Monday adjourned a petition filed by Virgin Atlantic Airways against the Commissioner of Income Tax, International Taxation, for imposing TDS on the Airlines as the income of international airlines is exempted from taxation under the IT Act.
Read more
India Legal
Did you find apk for android? You can find new Free Android Games and apps.