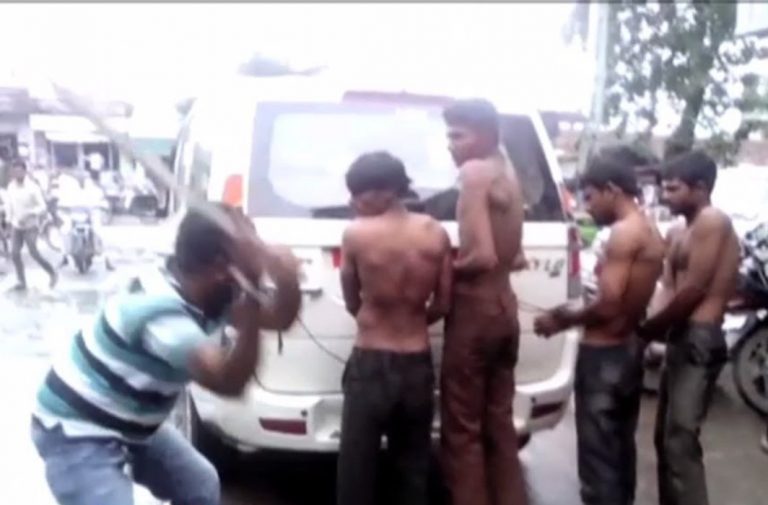 The Supreme Court, on Tuesday (July 17), issued a slew of directives for the Centre and State governments to check the epidemic of wanton mob lynchings and recommended that the Parliament “create a separate offence for lynching and provide adequate punishment for the same.”

The verdict by the top court, authored by Chief Justice Dipak Misra, said: “a special law in this field (cow vigilantism and mob lynchings) would instill a sense of fear for law amongst the people who involve themselves in such kinds of activities.”

Stating that “horrendous acts of mobocracy cannot be permitted to inundate the law of the land”, the Supreme Court called for the Centre and States to take “earnest action and concrete steps… to protect the citizens from the recurrent pattern of violence which cannot be allowed to become the new normal”.

The apex court bench also comprising Justices AM Khanwilkar and DY Chandrachud was pronouncing its judgment on a string of writ petitions that had called for judicial strictures and a legal framework for penalizing those involved in mob lynching and for holding accountable the Centre and State governments in the event of their inaction against such crimes.

Laying out a slew of preventive, remedial and punitive measures to be taken by the Centre and State governments in cases related to cow vigilante groups and mob lynching, the Supreme Court directed state governments to prepare a lynching/mob violence victim compensation scheme within one month. It also ordered that cases of lynching and mob violence shall be specifically tried by designated court/Fast Track Courts earmarked for that purpose in each district and that “upon conviction of the accused person(s), the trial court must ordinarily award maximum sentence as provided for various offences under the provisions of the IPC.”

Stating that “lynching is an affront to the rule of law and values of the Constitution”, the Chief Justice noted in the verdict: “lynching by unruly mobs and barbaric violence arising out of incitement and instigation cannot be allowed to become the order of the day. Such vigilantism, be it for whatever purpose or borne out of whatever cause, has the effect of undermining the legal and formal institutions of the State and altering the constitutional order.”

The verdict adds: “These extrajudicial attempts under the guise of protection of the law have to be nipped in the bud; lest it would lead to rise of anarchy and lawlessness which would plague and corrode the nation like an epidemic. The tumultuous dark clouds of vigilantism have the effect of shrouding the glorious ways of democracy and justice leading to tragic breakdown of the law and transgressing all forms of civility and humanity. Unless these incidents are controlled, the day is not far when such monstrosity in the name of self-professed morality is likely to assume the shape of a huge cataclysm.”

Noting that “the State has a sacrosanct duty to protect its citizens from unruly elements and perpetrators of orchestrated lynching and vigilantism”, the court said: “Hate crimes as a product of intolerance, ideological dominance and prejudice ought not to be tolerated; lest it results in a reign of terror… Such an atmosphere is one in which rational debate, logical discussion and sound administration of law eludes thereby manifesting clear danger to various freedoms including freedom of speech and expression.”

Chief Justice Misra said in the verdict: “The majesty of law cannot be sullied simply because an individual or a group generate the attitude that they have been empowered by the principles set out in law to take its enforcement into their own hands and gradually become law unto themselves and punish the violator on their own assumption and in the manner in which they deem fit. No act of a citizen is to be adjudged by any kind of community under the guise of protectors of law… No individual in his own capacity or as a part of a group, which within no time assumes the character of a mob, can take law into his/their hands and deal with a person treating him as guilty… such ideas and conceptions not only create a dent in the majesty of law but are also absolutely obnoxious.”

Noting that the issues raised by the petitioners deserved “to be addressed with enormous sensitivity”, Chief Justice Misra said: “the situations that have emerged and the problems that have arisen need to be totally curbed. The States have the onerous duty to see that no individual or any core group take law into their own hands… There cannot be an investigation, trial and punishment of any nature on the streets.”

The Chief Justice asserted: “There can be no shadow of doubt that the authorities which are conferred with the responsibility to maintain law and order in the States have the principal obligation to see that vigilantism, be it cow vigilantism or any other vigilantism of any perception, does not take place. When any core group with some kind of idea take the law into their own hands, it ushers in anarchy, chaos, disorder and, eventually, there is an emergence of a violent society. Vigilantism cannot, by any stretch of imagination, be given room to take shape, for it is absolutely a perverse notion.”

The verdict laid out the following directives to check incidents of vigilantism:

The court has now listed the matter for hearing on August 20 for further directions to be issued.