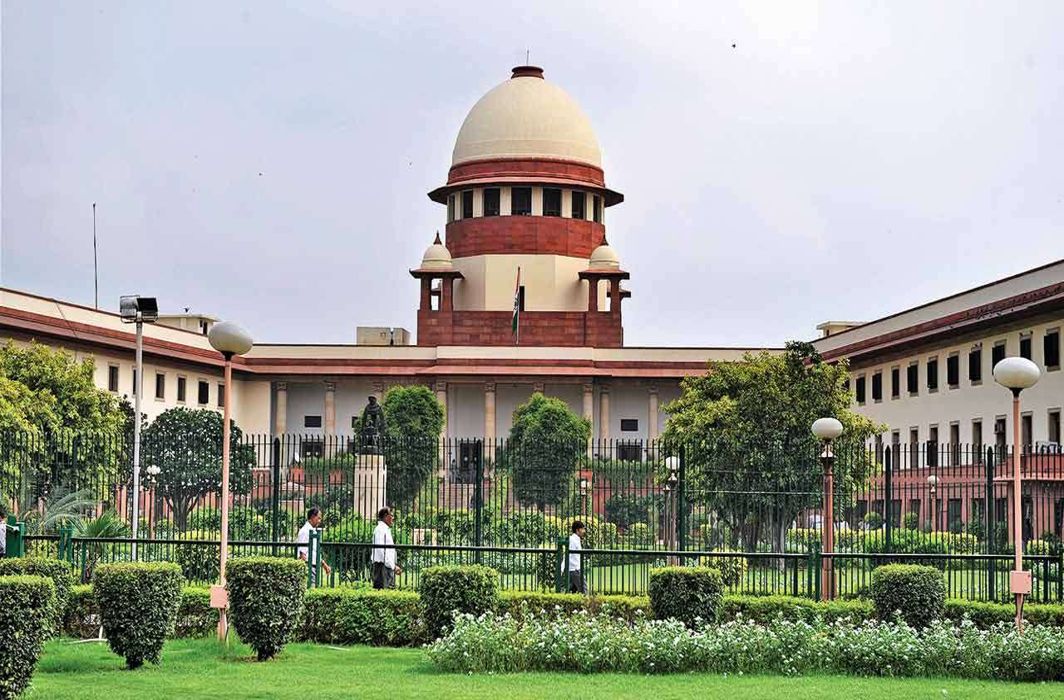 New set of guidelines, in addition to those laid out in the Tehseen Poonawalla case, issued by bench led by Chief Justice Dipak Misra before end of his tenure

Hours before he demitted office as the 45th Chief Justice of India on Monday (October 1), Justice Dipak Misra issued a more extensive set of guidelines to check mob violence and prevent hooligans from indulging in vandalism.

The guidelines are in addition to the directions given by the bench of Chief Justice (now retired) Dipak Misra and Justices AM Khanwilkar and DY Chandrachud earlier this year in the Tehseen Poonawalla case which had sought strident instructions to rein in vigilante groups, particularly those who had been wreaking havoc across the country over the past four years in the name of protecting the cow.

The new guidelines were issued by the bench while disposing off the Kodungallur Film Society vs. Union of India case. The petitioners had sought framing of guidelines to deter large scale acts of violence and vandalism by fundamentalist outfits and fringe elements in the name of public protests. The public interest litigation by the film society had been filed in the backdrop of the violent protests, led by Karni Sena, that broke out earlier this year demanding a ban on the release of, and later a series of cuts in, Sanjay Leela Bhansali’s Padmavat. The petitioners had sought the top court’s indulgence to direct the Centre and State Governments to strictly implement the guidelines framed by the Court in the case In Re: Destruction of Public and Private Properties v. Govt of AP (2009).

Although the verdict in Kodungallur Film Society was authored by Justice Khanwilkar, it also marked the last judgment to be given by the bench headed by Chief Justice Misra, whose over 13 month, eventful, tenure in office ended on October 2 (Tuesday).

The new set of directives, the bench said, will have to be implemented by the Centre and the State Governments in addition to the guidelines laid out in the mob lynching (Tehseen Poonawalla) case and in Re: Destruction of Public and Private Properties v. Govt of AP (2009).

“The recommendations that we have made be implemented by the Central and State governments as expeditiously as possible, preferably within a period of 8 (eight) weeks from today,” Justice Khanwilkar said in the verdict.

The bench has issued five sets of directions, which are as follows:

A. Structural and preventive measures

a) In addition to the responsibilities ascribed to the Nodal Officer(s) as set out in Tehseen Poonawalla (supra), the said Nodal Officer(s) would also be responsible for creating and maintaining a list containing the various cultural establishments, including theatres, cinema halls, music venues, performance halls and centres and art galleries within the district, and pin point vulnerable cultural establishments and property which have been attacked/damaged by mob violence over the past 5 (five) years. This list would be updated on a regular basis to account for any new openings/closings of establishments.

b) In addition to the prohibition against weaponry laid down in paragraph 12 (II) of In Re: Destruction of Public and Private Properties (supra), any person found to be carrying prohibited weaponry, licensed or otherwise, during protests/demonstrations would prima facie be presumed to have an intention to commit violence and be proceeded in that regard as per law.

c) The State governments should set up Rapid Response Teams preferably district-wise which are specially trained to deal with and can be quickly mobilized to respond to acts of mob violence.

d) The State governments should set up special helplines to deal with instances of mob violence.

e) The State police shall create and maintain a cyber information portal on its website and on its internet-based application(s) for reporting instances of mob violence and destruction of public and private properties.

B. Remedies to minimize, if not extirpate, the impending mob violence

a) The Nodal Officer(s) will coordinate with local emergency services, including police stations, fire brigades, hospital and medical services and disaster management authorities during incidents of mob violence in order to have a comprehensive and consolidated response to the situation.

b) The authorities must consider the use of non-lethal crowd-control devices, like water cannons and tear gas, which cause minimum injury to people but at the same time, act as an effective deterrent against mob force.

c) The authorities must ensure that arrests of miscreants found on the spot are done in the right earnest.

d) The Nodal Officer(s), may consider taking appropriate steps as per law including to impose reasonable restrictions on the social media and internet-based communication services or mobile applications… if the situation so warrants.

e) The Nodal Officer(s) must take coordinated efforts and issue messages across various audio-visual mediums to restore peace and to stop/control rumours.

a) If a call to violence results in damage to property, either directly or indirectly, and has been made through a spokesperson or through social media accounts of any group/organization(s) or by any individual, appropriate action should be taken against such person(s) including under Sections 153A, 295A read with 298 and 425 of the Indian Penal Code, 1860.

b) In instances where a group/organisation has staged a protest or demonstration resulting in violence and damage to property, the leaders and office bearers of such group/organisation should physically present themselves for questioning, on their own, within 24 (twenty four) hours, in the police station within whose jurisdiction the violence and damage occurred. Any such person(s) failing to present himself/herself in such manner without any sufficient reason should be proceeded against as a suspect and legal process must be initiated forthwith against him/her including for being declared an absconder in accordance with law.

c) A person arrested for either committing or initiating, promoting, instigating or in any way causing to occur any act of violence which results in loss of life or damage to property may be granted conditional bail upon depositing the quantified loss caused due to such violence or furnishing security for such quantified loss… If the loss is yet to be quantified by the appropriate authority, the judge hearing the bail application may quantify the amount of tentative damages (which shall be subject to final determination thereof by the appropriate authority)…

a) When any act of violence results in damage to property, concerned police officials should file FIRs and complete investigation as far as possible within the statutory period and submit a report in that regard. Any failure to file FIRs and conduct investigations within the statutory period without sufficient cause should be considered as dereliction of duty on behalf of the concerned officer and can be proceeded against by way of departmental action in right earnest.

b) Since the Nodal Officer(s) holds the overall responsibility in each district to prevent mob violence against cultural establishments and against property, any unexplained and/or unsubstantiated delay in filing FIRs and/or conducting investigations in that regard should also be deemed to be inaction on the part of the said Nodal Officer(s).

d) Status reports of the investigation(s)/trial(s) concerning such offences as set out hereinabove, including the results of such trial(s), shall be uploaded on the official website of the concerned State police on a regular basis.

e) In the event of acquittal of any person(s) accused of committing such offences as set out hereinabove, the Nodal Officer(s) must coordinate with the Public Prosecutor for filing appeal against such acquittal, in the right earnest.

a) The person/persons who has/have initiated, promoted, instigated or any way caused to occur any act of violence against cultural programmes or which results in loss of life or damage to public or private property either directly or indirectly, shall be made liable to compensate the victims of such violence.

b) Claims arising out of such acts of violence should be dealt with in the manner prescribed in paragraph 15 of In Re: Destruction of Public and Private Properties (supra).

c) This compensation should be with regard to the loss of life or damage done to any public or private properties, both movable and immovable.