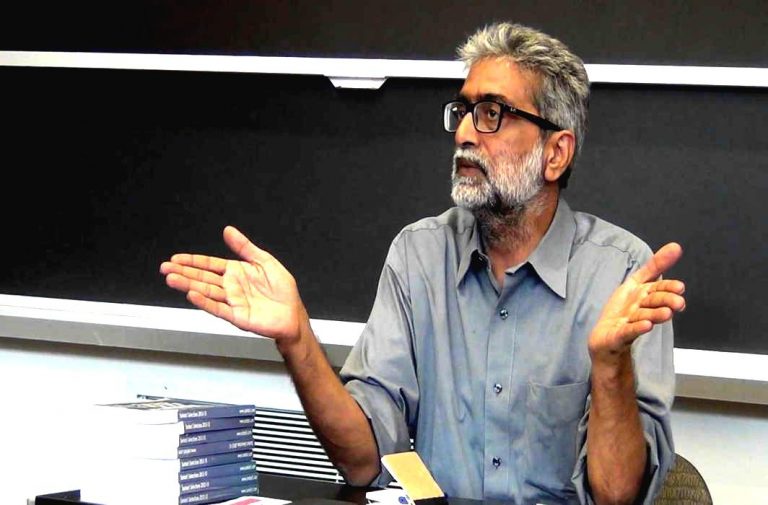 Civil rights activist Gautam Navlakha’s plea challenging the Bombay High Court’s order refusing to quash an FIR filed against him in the Bhima-Koregaon case was again put on hold on Thursday after SC judge Justice S Ravindra Bhatt recused himself from hearing the matter.

The matter came up for hearing on Thursday before a three-judge bench of Justices Arun Mishra, Vineet Saran and S Ravindra Bhat. However, Bhatt recused after which the court referred the case to another bench.

It is pertinent to note that this is the third time that a judge has recused himself from hearing this plea.

On Oct 1, a three-judge bench of Justices N V Ramana, B R Gavai and R Subhash Reddy had recused itself from hearing Navlakha’s plea.

Before that CJI Gogoi had recused himself from the case.

The Bombay HC on Sep 13 had dismissed Navlakha’s petition seeking to nullify FIR filed against him early last year by the Pune Police for involvement in the Bhima-Koregaon and Elgar Parishad cases.

Navlakha and nine other human rights activists were arrested by the Pune police from various places of India, for their involvement in Bhima-Koregaon riots on Jan 1, 2018.