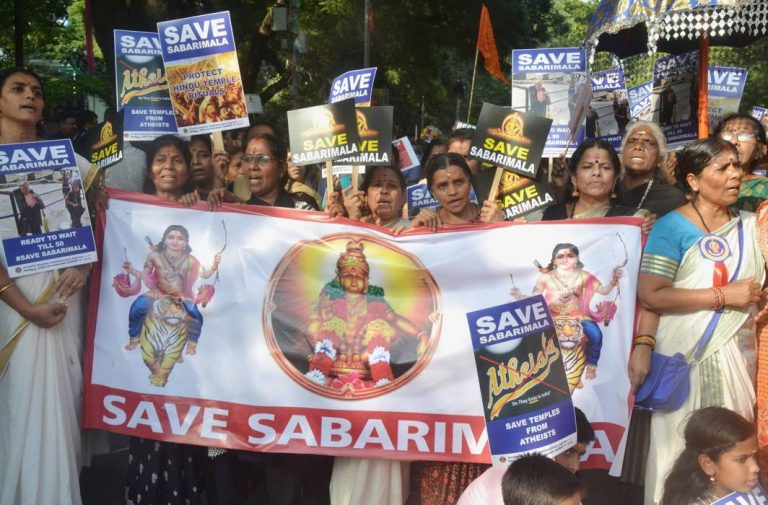 The clutch of review petitions on the issue of women’s entry into the Sabarimala temple will not be taken up, as originally scheduled, on January 22. The matter has been postponed as Justice Indu Malhotra, the lone woman in the five judge bench, has gone on medical leave. No fresh dates have been given.

Malhotra had dissented to the 4-1 majority verdict on September 28 last year that overturned a centuries old tradition and lifted the ban on the entry of women of menstruating age in the temple of Lord Ayyappa in Sabarimala.

The Supreme Court had in November agreed to reconsider its September verdict and had fixed Jan 22 as the date for hearing. A bench consisting of Chief Justice Ranjan Gogoi, Justices RF Nariman, AM Khawilkar, DY Chandrachud and Indu Malhotra were to take up the review. Of the, all except the CJI were part of the earlier bench.

The September verdict had set off a controversy and triggered violence in large parts of Kerala.