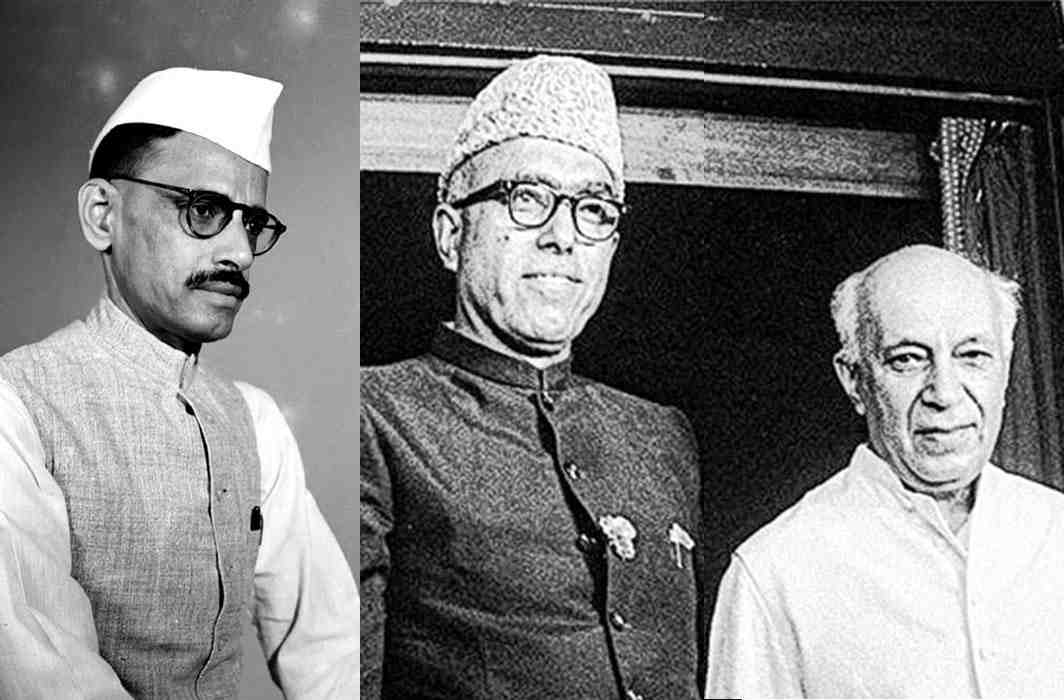 The Court’s decision to examine the validity of Articles 35A and 370 of the constitution which help to preserve the unique status of this state, has the potential to create tensions

On December 4, 1964, former Union Home Minister Gulzari Lal Nanda explained in the Lok Sabha: “The only way of taking the Constitution of India into Jammu and Kashmir is through the application of Article 370. It is a tunnel. It is through this tunnel that a good deal of traffic has already passed and more will.”

Jammu and Kashmir is the only state which negotiated the terms of its membership with the Indian Union. The Constituent Assembly of India which adopted Article 370 only put the imprimatur of its approval on October 17, 1949. It was after negotiating for five months that the draft was agreed between Prime Minister Jawaharlal Nehru and his colleagues and the PM of Jammu and Kashmir, Sheikh Mohammad Abdullah and his colleagues. Article 370, in the words of eminent legal historian AG Noorani records a solemn compact: “Neither side can amend or abrogate it unilaterally, except in accordance with the terms of that provision.”

As for the rest of India, if a state’s powers are to be curbed, and correspondingly those of the Union enlarged, the elaborate procedure laid down in Article 368 will have to be followed. With regard to Jammu and Kashmir, a mere executive order made by the President under Article 370 would suffice.

Nanda concluded his Lok Sabha intervention on Article 370 thus: “What happens is that only the shell is there. Article 370, whether you keep it or not, has been completely emptied of its contents. Nothing has been left in it.”

Noorani adds that it was denuded of content by conscious executive acts on the PM’s advice through one presidential order after another. Ironically, a provision, which has been denuded of its content, now faces a legal challenge as to its validity in the Supreme Court.

On August 8, the Supreme Court issued notices to the centre and J&K, in an appeal from a Delhi High Court judgment, challenging the validity of Article 370. The appeal was filed by Kumari Vijayalakshmi Jha and heard by a bench of Chief Justice JS Khehar, and Justices Adarsh Kumar Goel and DY Chandra-chud. The Delhi High Court judgment dismissing Jha’s petition was delivered in April 2017.

Article 370 embodies six special provisions. First, it exempted Jammu and Kashmir from the provisions of the Indian constitution. J&K was allowed to have its own constitution. Second, parliament’s legislative power over the state was restricted to three subjects—defence, foreign affairs and communications. The president could extend to the state other provisions of the constitution if they related to the matters specified in the Instrument of Accession.

By agreeing to hear challenges to the validity of Articles 370 and 35A, the Supreme Court considers the issue judicially manageable.

Article 368 has a proviso which says that no constitutional amendment shall have effect in relation to the State of Jammu and Kashmir unless applied by order of the president under Article 370. That requires the concurrence of the state’s government and ratification by its Constitutent Assembly.

In the case before the Supreme Court, the petitioner seeks a declaration from the Court that Article 370 is a temporary provision which has lapsed with the dissolution of the J&K Constituent Assembly on January 26, 1957. She also sought a declaration stating that the constitution of Jammu and Kashmir is void, inoperative and ultra vires.

Interestingly, Jha’s earlier writ petition filed in the Supreme Court, was dismissed in limine in 2014. When she filed an application to recall the order of dismissal, the Supreme Court granted her liberty to move the High Court under Article 226 of the constitution on the same subject. That is how her petition came to be heard by the Delhi High Court first.

Jha argued before the High Court that the maximum life of Article 370 was prescribed upto the existence/continuance of the J&K Constituent Assembly. She, therefore, claimed that Article 370 ceased to exist.

During the hearing of the case, the High Court was informed that a similar petition, filed by one Bonded Purushottam Yadav, in 2015 was also dismissed by the Supreme Court on October 31, 2015. The Delhi High Court, while dismissing Jha’s petition, relied on Supreme Court’s recent judgment in State Bank of India v Santosh Gupta and Another, [(2017) 2 SCC 538].

In this case, the Supreme Court compared Article 370 with Article 369, which too, like the former has a marginal note stating that it is a temporary provision. Article 369 deals with temporary power of parliament to make laws with respect to certain matters in the State List as if they were matters in the Concurrent List. However, unlike Article 370, Article 369 was limited in time to five years from the commencement of the constitution.

Noting that no such time limit is to be found in Article 370, the Supreme Court underlined sub-clause (3) of Article 370 which makes it clear that this Article shall cease to be operative only from such date as the President may by public notification declare. And this cannot be done under the proviso to Article 370(3) unless there is a recommendation of the Constituent Assembly of the state so to do, the Supreme Court had held in State Bank of India v Santosh Gupta.

The Supreme Court, in this case, had also relied on another decision by the constitution bench in Sampat Prakash v the State of Jammu and Kashmir, in 1969. In Sampat Prakash, the Court held that Article 370 was necessary to empower the President of India to exercise his discretion from time to time in applying the Indian constitution. Thus, it was reasoned that Article 370 would necessarily have to be invoked every time the President, with the state’s concurrence, feels it necessary that amendments to the constitution of India be made applicable to J&K.

Further, the Supreme Court had also held in that case that Article 370 would cease to operate under sub-clause (3) only when a recommendation is made by the Constituent Assembly of the state to that effect. Thus, the Court clearly held that though the marginal note to Article 370 refers to it as only a temporary provision, it is, in fact, in current usage and will continue to be in force until the specified event in sub-clause (3) takes place.

It was further held by the Supreme Court in the Sampat Prakash judgment that Section 21 of the General Clauses Act, 1897 was also applicable so that the power under Article 370 could be used from time to time to meet with varying circumstances. These included the need to amend or rescind any notifications, orders or bye-laws so issued.

Another issue tagged by the Supreme Court with Article 370 was that of Article 35A. Article 35A empowers the J&K legislature to define permanent residents of the state. It was inserted to the constitution through the Constitution (Application to Jammu and Kashmir) Order, 1954, issued by India’s first president, Rajendra Prasad, on May 14, 1954, in exercise of the powers conferred by clause (1) of Article 370.

In 2014, We the Citizens, a Delhi-based NGO, filed a PIL in the Supreme Court seeking that Article 35A should be declared unconstitutional because it was inserted without any debate in parliament. As the centre was not keen to take a stand on the issue, the Supreme Court has referred it to a three-judge bench.

Article 368 has a proviso that no constitutional amendment shall have effect in relation to J&K unless applied by order of the president under Article 370.

In July, the Supreme Court heard another petition filed by two women, Seema Razdan Bhargav and Dr Charu Wali Khanna, both subjects of the state. They told the Court on August 14 that Article 35A is discriminatory because it enables heirs of men from the state to acquire PRC even if they marry women outside the state, whereas the heirs of J&K women marrying men from other states lose their rights as permanent residents. Both the petitioners, whose husbands are from other states, have challenged Article 35A on the ground of violation of gender equality.

Khanna told the bench of Justices Dipak Misra and AM Khanwilkar that whereas she cannot get PRC due to her husband being from outside the state, former J&K CMs, Farooq Abdullah and Omar Abdullah, are eligible to get PRCs despite their spouses hailing from outside. The Supreme Court has tagged their petitions with that of We the Citizens so that the important issue raised could be considered by a five-judge constitution bench.

By agreeing to hear challenges to the validity of Articles 370 and 35A of the constitution, which help to preserve the unique status of J&K in an Indian federal set-up, the Supreme Court may indicate that it considers the issue judicially manageable, but its larger implications may be only waiting to be unraveled.